Lamar wraps up fall camp with Red and Black scrimmage 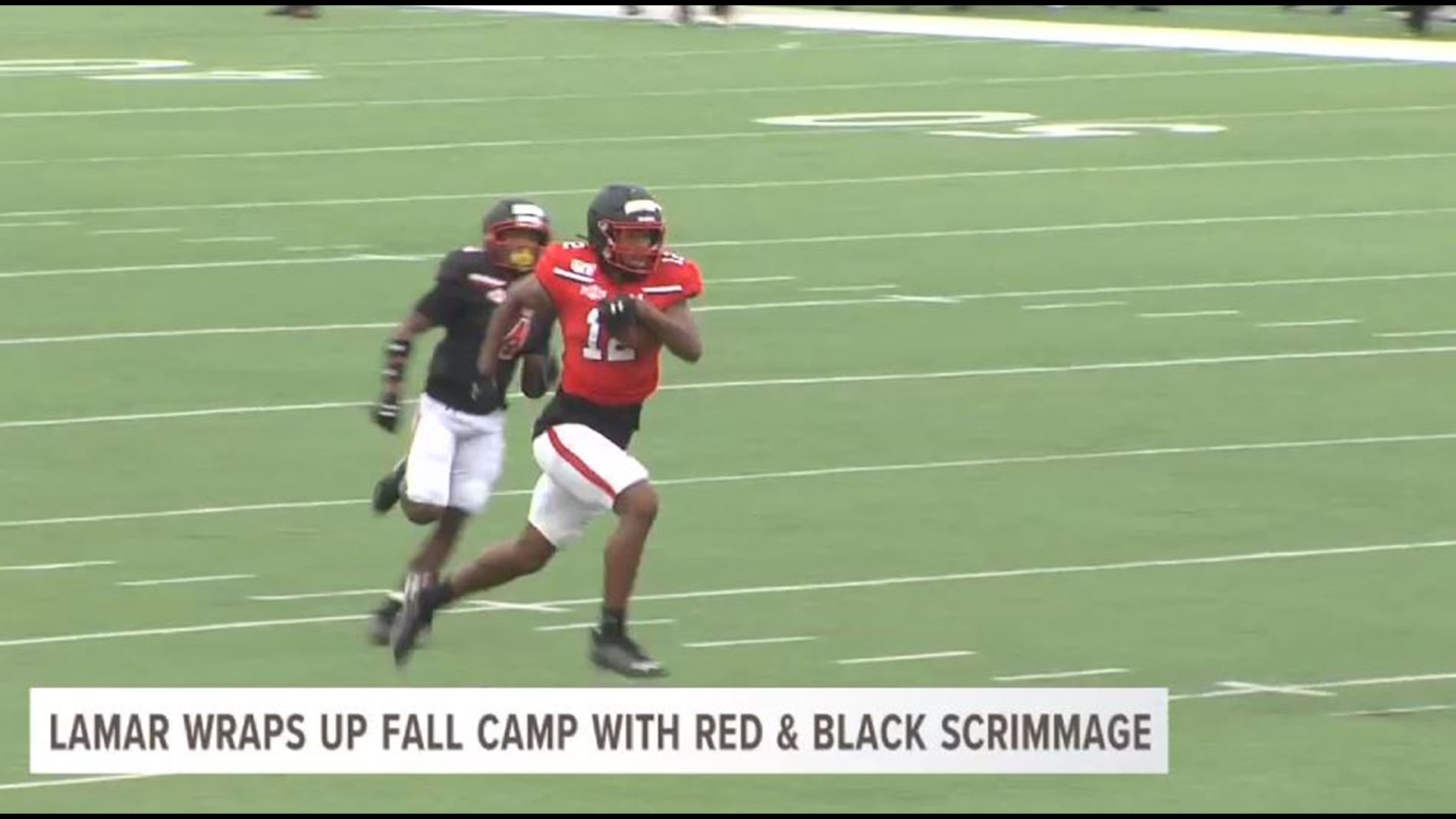 BEAUMONT, Texas — In an offseason that has been marked by adversity more than anything else, the Lamar University football team wrapped up fall camp Saturday with a Red vs. Black Scrimmage. The Red team got the upper hand posting a 28-17 victory riding the back of two Austin Scott touchdown passes and a Kyron Norwood pick six.

"To get an accurate feel for a scrimmage we will need to go back and watch the film," said LU head coach Blane Morgan. "You may walk away from a scrimmage feeling either really good or bad about things, but we will know more after watching the film. We need to see who played well individually and what areas we need to improve. There will always be room for improvement."

After missing on his first attempt Scott caught fire completing his next eight attempts. During that stretch he completed five passes for more than 20 yards. It was the opposite story for Smith who hit on his first five passes only to end the day one for his final eight.

The LU quarterbacks finished day completing 17-of-28 (.607) passes for 285 yards and four touchdowns. LU was hurt by one interception – Norwood who returned it 26 yards for a touchdown. Scott led the Red squad completing 8-of-10 passes for 182 yards and two scores – all three TD passes went to sophomore Marcellus Johnson who led all receivers with 3 catches for 107 yards. The Red team's final touchdown reception came from a pair of underclassmen as freshman Luke Lunsford hit classmate Devyn Gibbs in the front corner of the end zone from 14 yards out.

"Offensively, I would like to see our pass protection improve," said Morgan. "We gave up too many sacks today and we can't allow our offense to be in too many down and distance situations. I think our defense proved today if we can get you backed up we have the ability to put some pressure on some folks. When you have so many freshman up front – on both sides – the basics are important. Blocking and tackling is how you win football games."

The two teams combined for 34 carries for 196 yards and one touchdown. Freshman Jaylon Jackson led the Red team with eight carries for 73 yards – including a 44-yard run, while sophomore Chaz Ward picked up 46 tough yards on eight carries. Ward fumbled the ball once but a teammate fell on the ball to save the possession and set up a field goal.

The defenses were led by freshman LaTrell Smith and senior Kyron Norwood. Smith finished the day with nine tackles and was credited with five sacks. Sophomore Anthony Ruffin led the Black team with four tackles, while freshman linebacker Franklyn Alfaro added three tackles and a sack.

"I'm not sure our schemes are going to resonate with what we see from the rest of the conference, but that is what I want," said Morgan. "I want us to be different from what everyone else is doing." 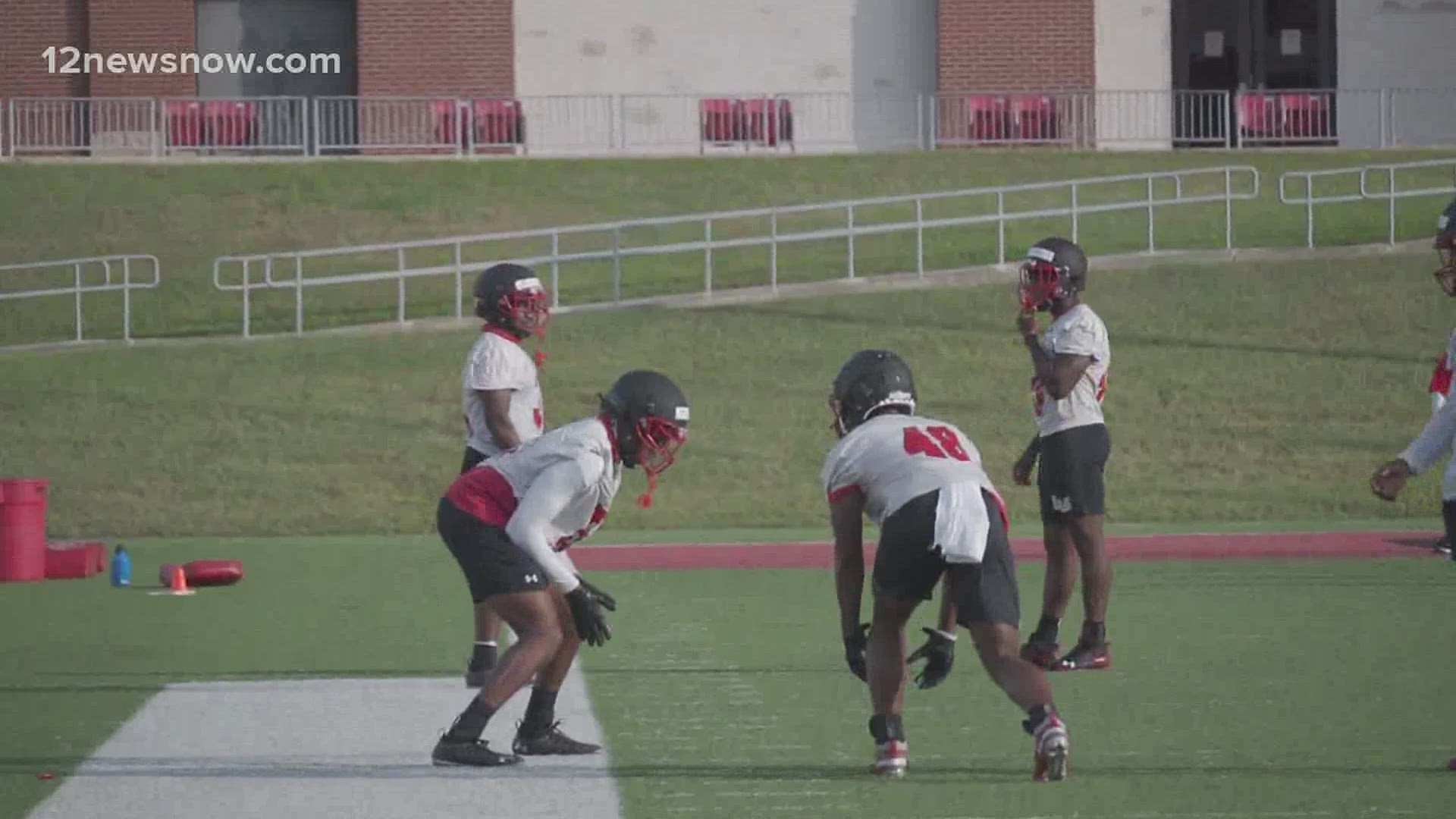