The Cardinals now hit the road for five beginning Wednesday with a 2 p.m. game at Tarleton State 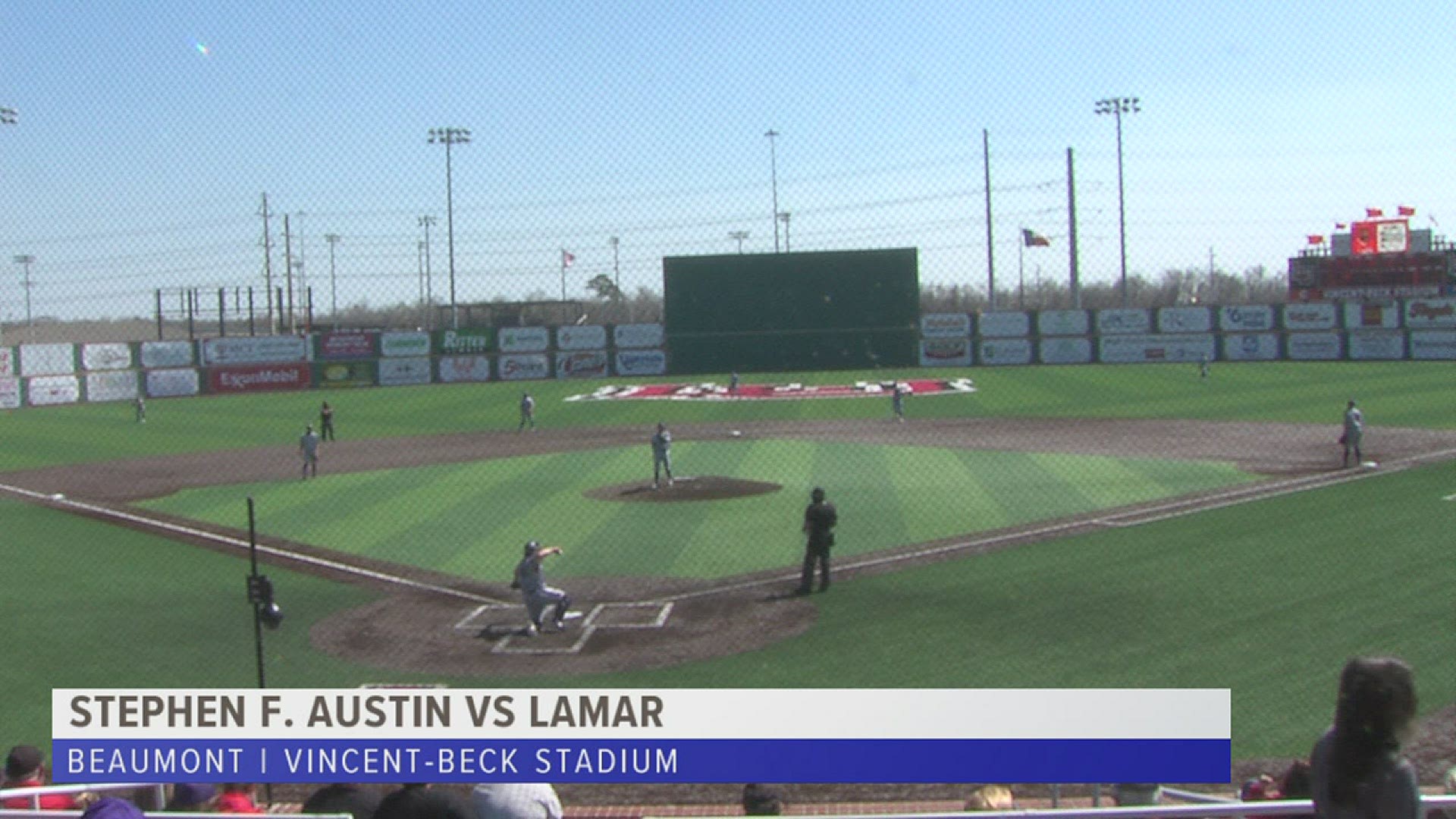 BEAUMONT, Texas — Lamar University used a two-run seventh inning to rally for a 3-2 victory over Stephen F. Austin – in non-conference play – to complete the sweep of the series and start the season 4-0.

The Cardinals collected eight hits on the day with five different players getting a hit, but the headline was once again pitching and defense. Big Red's pitching staff scattered eight hits, surrendering just two runs – both earned – while striking out nine Lumberjacks (with just two walks).

Dylan Johnson got the start and went five innings, surrendering four hits and one run while striking out eight, but didn't factor in the decision. Max Mize pitched a scoreless seventh and eighth to get the win, while Jack Dallas came on to get in his third save.

The defense was just as solid without an error. LU has now started the season without committing and error in the first four games.

"I couldn't be prouder of our guys," said head coach Will Davis. "I'm really happy for the way they played. I think we're hitting okay, but the big thing has been the pitching and the defense – not committing an error in four games is a really hard thing to do. The guys have put in the work and our pitching staff has been incredible."

SFA started Jacob Stobart on the final day of the series and went six innings giving up one run on six hits, while striking out one and walking two. He exited the game with the lead, but his bullpen couldn't hold the lead in the seventh.

The Cardinals got on the board in the first inning when Anthony Quirion singled Avery George home from second. George led off the inning with a double and finished with another multi-hit performance (2-for-4, 2 RBIs).

The Cardinals held the lead until the fifth inning when SFA plated a run to tie the game. The Lumberjacks tacked on a second run in the sixth to take their first lead of the series – it also marked the first time this season that LU has trailed in a game.

The Red and White didn't allow SFA to enjoy the lead for long. The Lumberjacks handed the ball off to Chandler Poell in the home half of the seventh. Poell walked the first two batters he faced. Cole Girouard flied out to right, but it was deep enough to advance Reese Durand to third. After Logan LeJeune stole second, George singled to center driving in both runners.

That would be all LU would need as Mize pitched a scoreless 8th and Dallas came on to close it out in the ninth.

Kelby Weyler also recorded a multi-hit game Sunday, going 3-for-4 at the plate.

The Cardinals now hit the road for five beginning Wednesday with a 2 p.m. game at Tarleton State. It will be a single game against the Texans before LU travels to Arlington Friday to open a three-game series against UT Arlington.