LSC-PA returns to action on Saturday, March 13, when they hit the road to take on Kilgore College. Tip off is scheduled for 4 p.m. 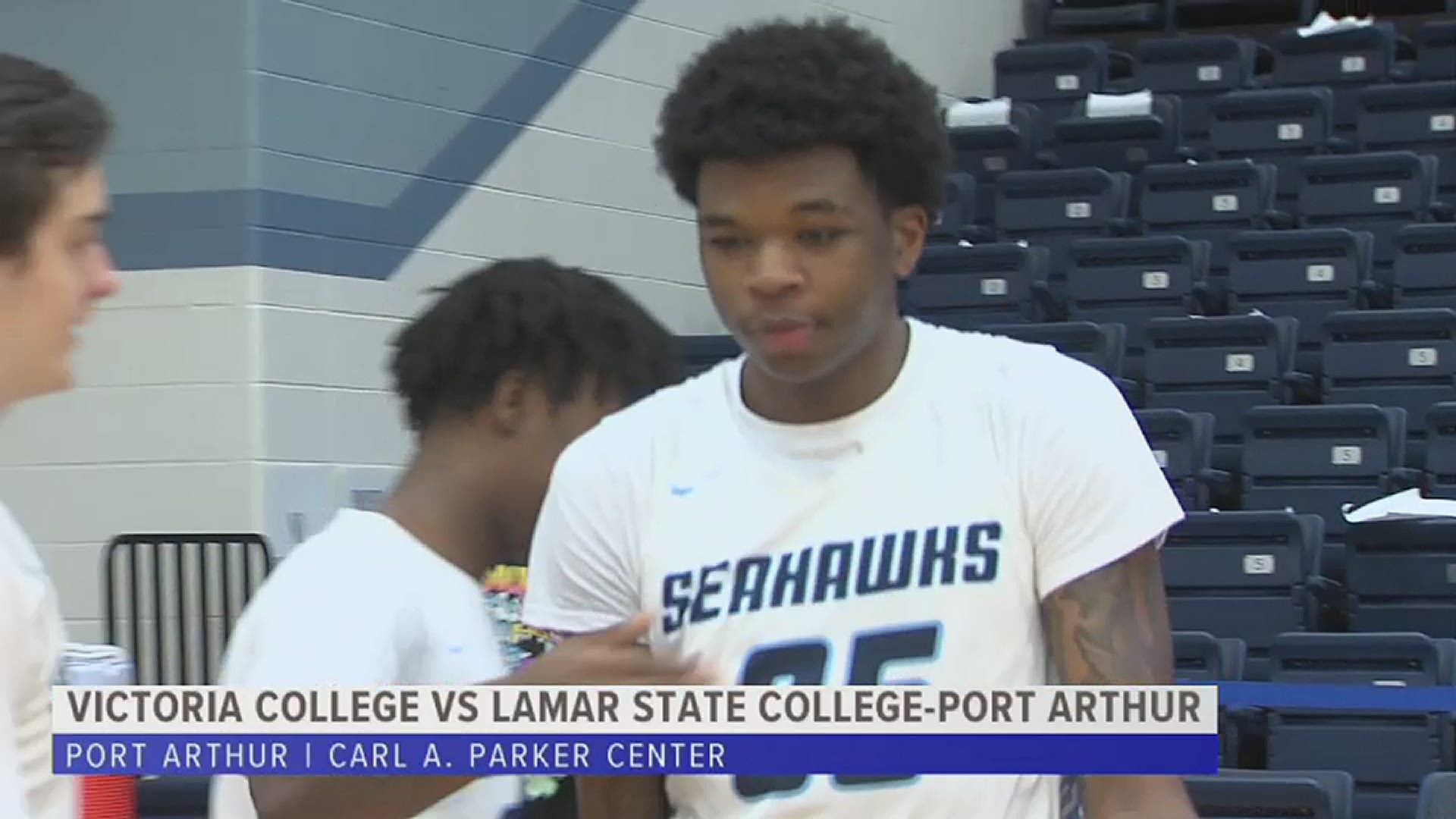 They combined for 36 points and 18 rebounds as Lamar State College Port Arthur plundered the Pirates 80-65 in NJCAA Region 14 basketball action at the Carl Parker Center.

Lucien, a cat-quick 6-foot-7 freshman from Beaumont West Brook, scored 23 points to pace all scorers and had 6 rebounds and a pair of blocked shots.

The 6-foot-9, 250-pound Bowie, a muscular leaper and sophomore from Dallas, logged a career high 12 rebounds and nearly matched his career scoring high with 13 points.

It was the finest performance of the team's tallest player performing as a tandem. Three times Bowie high-lowed the Pirates, drawing the defense out to the free throw line and finding Lucien next to the basket ready to flush home another 2 points.

"I'm proud of the guys. What a way to bounce back," Coach Lance Madison said, alluding to the two-game losing streak ended on Wednesday.

LSCPA, 4-9 on the season, next plays Kilgore College on the road at 4 p.m. Saturday, March 13 before racing home for a 2 p.m. makeup game the next day, Sunday, March 14, against Tyler Junior College.

Victoria College dipped to 3-5 on the season.

The Seahawks raced to a 10-0 lead, with help from a pair of buckets each by Bowie and Lucien. They led by 14 at half, 41-27, after consecutive buckets by Des McQuain, Adrian Caldwell II and Lucien.

After Bowie's 15-foot jumper and a pair of free throws by point guard Kobi Johnson, LSCPA took its biggest lead at 78-58 with 2:42 remaining.