The Cardinals return to action against the Islanders on Saturday, March 20. First pitch is scheduled for 12 pm 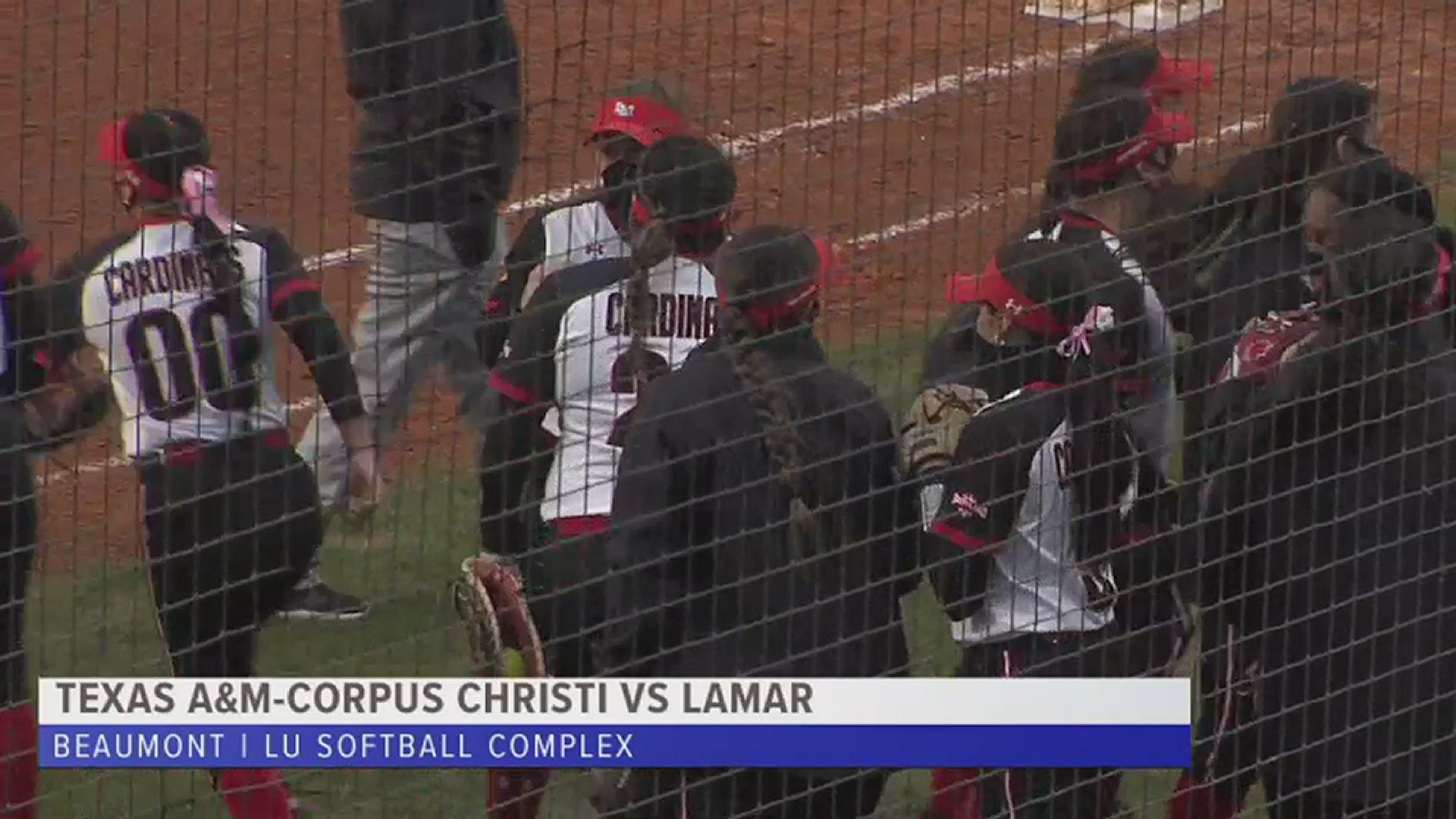 The Islanders took an early lead over the Cardinals in the first inning, getting out to a 2-0 advantage on a chilly Friday afternoon. Sammi Thomas lead AMCC as she went 4-for-5 from the plate and recorded three runs on the afternoon. Lamar got their first hit of the game in the second on a single from sophomore Hannah Kinkade.

It was not until the fourth that the Islanders found home plate again as they tallied two runs to extend the lead to 4-0. The Cardinals got runners on base and in scoring position, but AMCC got the final out on a fly out to center to keep the Big Red at bay. Corpus Christi added two more runs in the top of the fifth to take a 6-0 victory over Lamar in game one.

The Islanders picked up right where they left off in game two as they went up 2-0 after one inning. A&M-Corpus Christi continued the hots bats in the third as they extended the lead to 5-0 over the Cards.

Lamar looked to get some offense going in the bottom of the third, but the Islander defense was able to nab the line drive and get the double play in the process. In the fourth, the Islanders continued their offensive power as they tallied four runs on four hits to take a 9-0 lead heading into the fifth. Texas A&M-Corpus Christi added two more runs in the fifth to take a 11-0 win over the Cardinals in game two.