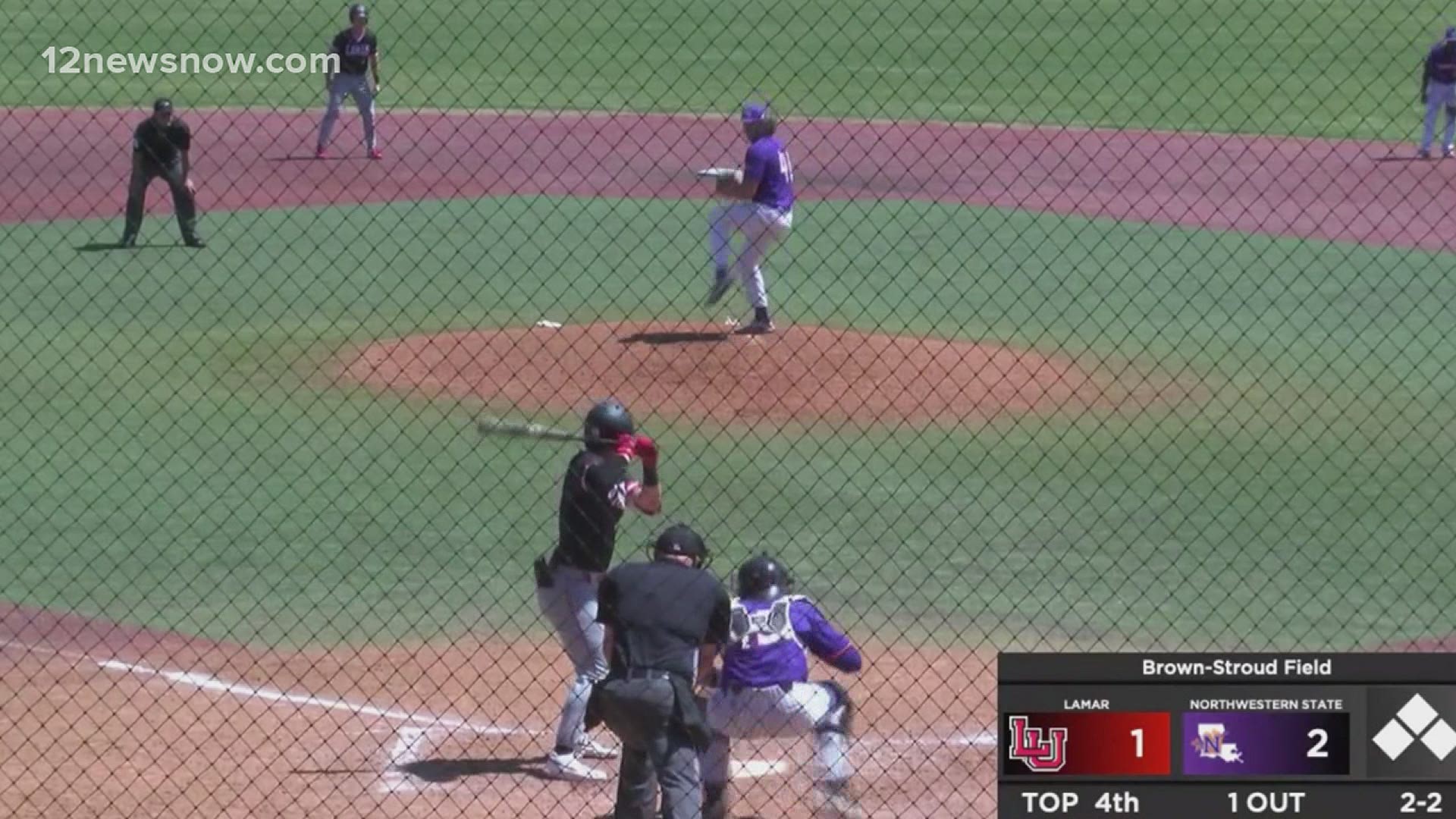 The Cardinals got three runs on six hits but left 10 men on base in the first game. Northwestern State could manage only two hits in the opener, scoring two runs with two errors, while stranding seven.

Freshman Josh Ekness went four strong innings surrendering two runs on two hits, while walking four and striking out four to pick up the win – his first of the season (1-1). Junior Jack Dallas pitched three scoreless, without surrendering a hit with one strikeout and two walks for his seventh save of the year.

The Demons sent Levi David to the mound in the first game Sunday and he went 3.1 surrendering three runs (all earned) on two hits. He struck out six but was hurt by five walks.

Sophomore Reese Durand went 2-for-4 in the opening game, with a double. He was one of five Cardinals to record a hit, as Kelby Weyler, Chase Kemp and Avery George each drove in the three LU runs.

The Demons got a two-run home run from Jeffrey Elkins to take a 2-0 lead in the first. Elkins' homer came just moments after Lenni Kunert was hit by a pitch. After the two-run blast, Ekness settled into a groove and kept the Demons off the board

The Cardinals scratched one across in their half of the third following a leadoff walk to Kelby Weyler and a couple of miscues from the Demons' pitcher. Weyler got to second after a throwing error on David, and moments later he was on third after a wild pitch. After the next two Cardinal batters were retired, Anthony Quirion singled to right driving Weyler home.

Big Red took their first lead of the game – and what turned out to be the final lead change of the game – in the very next inning. The Cardinals loaded the bases after three of the first four batters drew walks (Cole Girouard was hit by a pitch). It was Weyler again involved in the Cards' offense as he lined a 2-2 pitch back to the pitcher which couldn't be fielded driving in MacNaughton from third. Kemp followed with a single to right field scoring Daniel Altman.

Ekness handed the ball over to Dallas one batter into the fifth inning. All Dallas did, was work his way out of some fifth-inning trouble and then silence the Demons' bats for the rest of the game to pick up the three-inning save – his seventh of the year.

In the second half of the doubleheader, the Cardinals got a run in the top half of the first but Northwestern State answered with one in the second, two in the third, four in the fifth and one more in the eighth to take the second game.

Dylan Johnson got the game two start for LU but went 3.0 innings surrendering three runs (two earned) on three hits with two strikeouts but was hung with the loss (1-1). He was one of four Cardinal pitchers used in the second game.

Northwestern State started Donovan Ohnoutka who pitched 4.2 surrendering one run on four hits, but he would give way to Reed Michel who pitched the final 4.1 for the victory.

The Cardinals return to the friendly confines of Vincent-Beck Stadium Friday when they open a four-game series against Nicholls. Friday's first pitch is set for 6 p.m.