Lamar looks for bounce back in home opener against Incarnate Word

The game against the Southland's other Cardinals is set to kickoff at 3 p.m 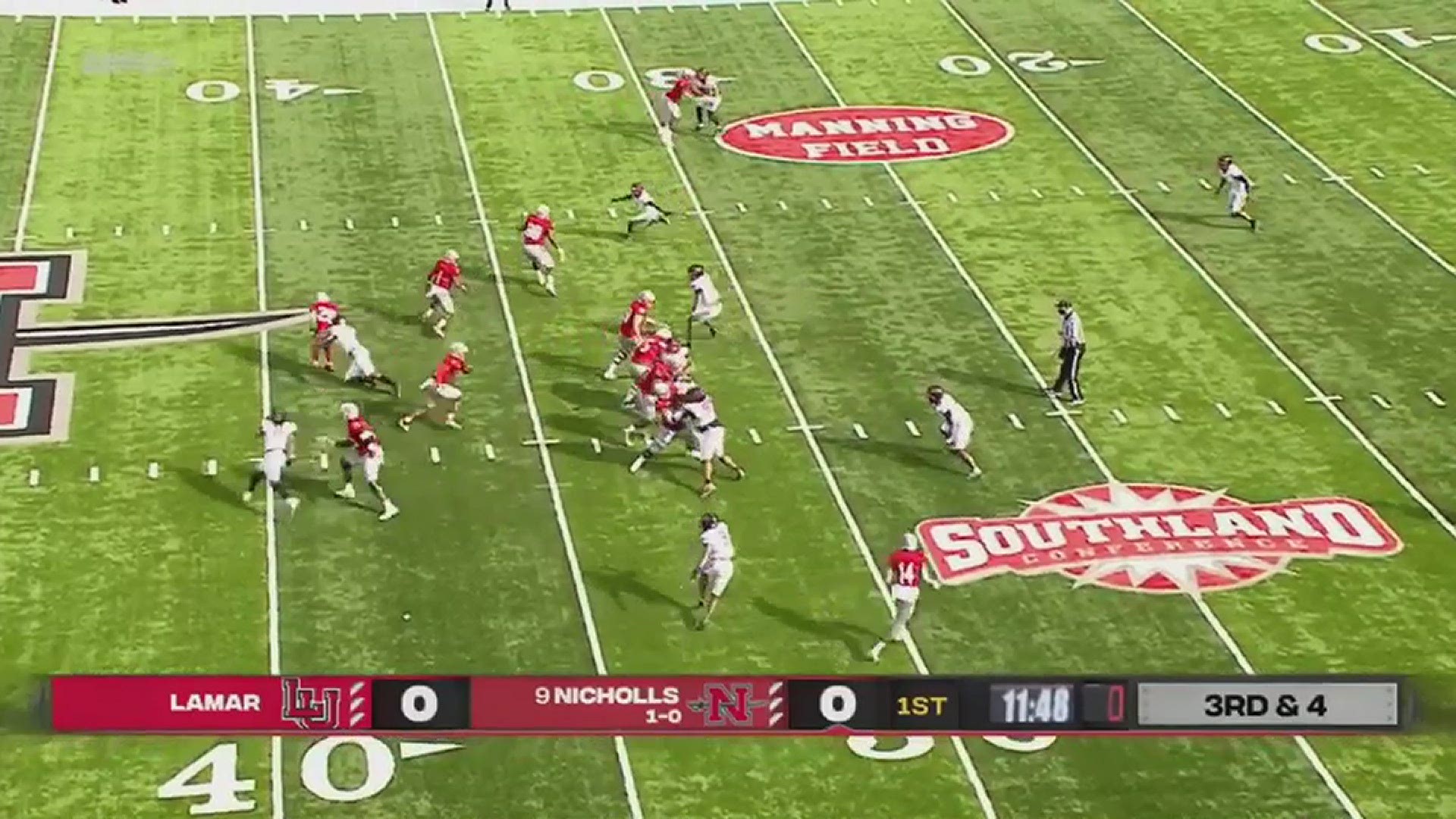 BEAUMONT, Texas — For a team that was stepping on the field with 51 freshmen, opening the season against the No. 9 team in the nation was a very tough task for a youthful Lamar University squad. First-year head coach Blane Morgan guided his youmg squad into Guidry Stadium but dropped a 55-0 decision Saturday afternoon to the nationally ranked Colonels.

Big Red's offense struggled Saturday finishing the day with 91 yards of total offense. Junior Jalen Dummett got the start behind center and was effective completing 9-of-11 (.818) passes for 40 yards. Unfortunately, LU's receivers didn't have much room to run after catching the pass. Dummett also carried the ball 11 times for 13 yards.

Nicholls finished the day with 639 yards of total offense, doing the majority of their damage on the ground (392 rushing).

The Cardinals defense was led by junior Aaron Calcote's eight tackles. A trio of Cardinals each finished the game with six tackles (five solo stops and one assisted tackle each), including Vencent Rockwell who added a tackle for a loss.

The Cardinals will be back in action Saturday, March 6th, when they return home to host UIW. The game against the Southland's other Cardinals will be the home opener for LU and will tip off at 3 p.m. The game will be broadcast live on Newstalk 560 KLVI and streamed live on ESPN+.