An LU alum, and one of the all-time greats in program history, Brooks returns to his alma mater after spending the previous 11 years at the University of Houston 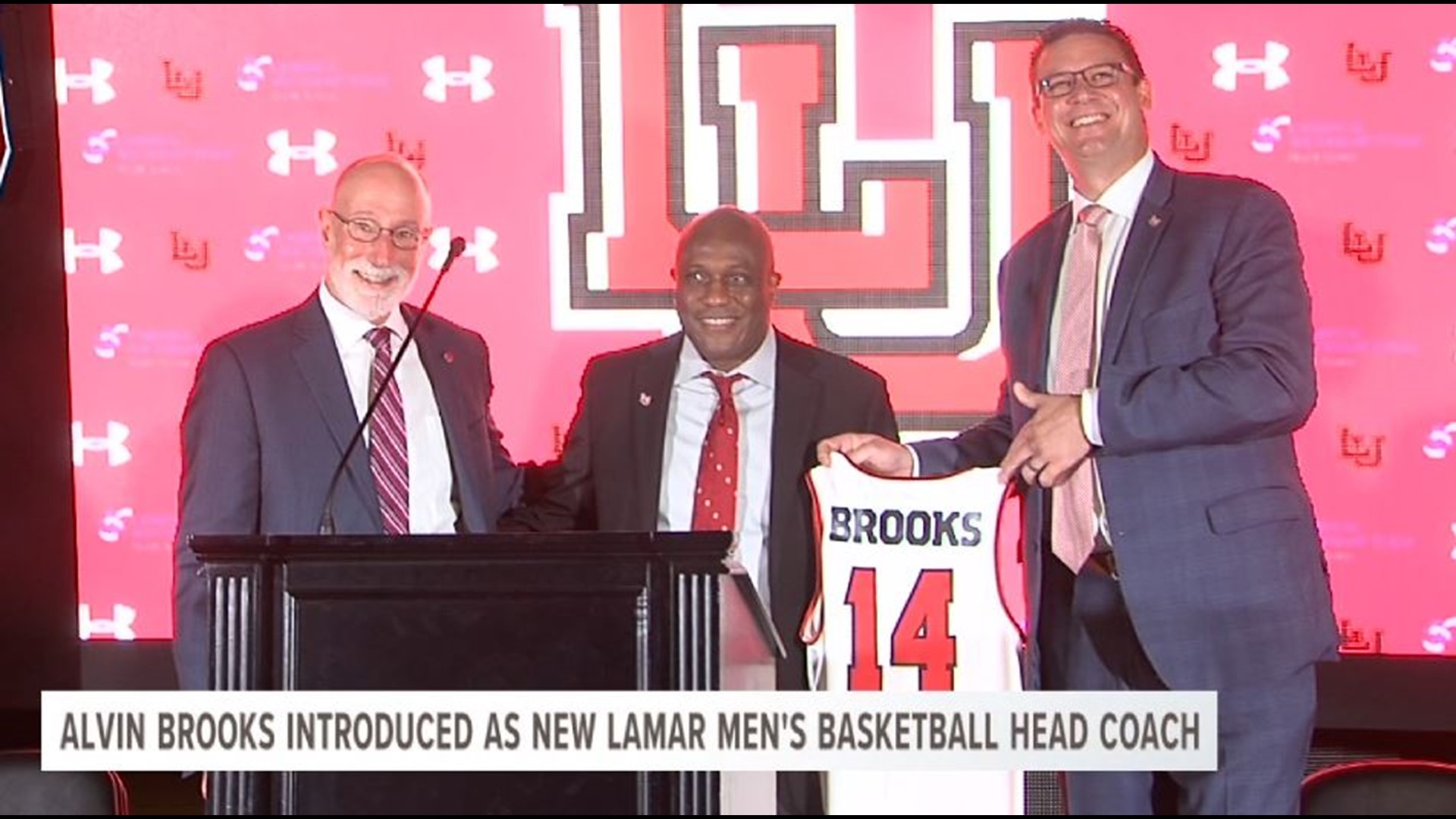 Following introductions from LU President Dr. Kenneth Evans and Director of Athletics Marco Born, Brooks took to the stage – which was set up on the court in front of the lowered videoboard – to give his vision for the future of LU basketball.

An LU alum, and one of the all-time greats in program history, Brooks returns to his alma mater after spending the previous 11 years at the University of Houston where he helped guide the Cougars to the 2021 Final Four. A coaching veteran with nearly 40 years of experience on the sidelines, Brooks returns to the program where his coaching career got started, as an assistant for Cardinal Hall of Honor head coach Pat Foster.

Brooks has participated in more than 20 postseason tournaments as a coach or student-athlete and has helped coach teams to seven conference championships – including two at LU (1982-83 and 1983-84). His players have also benefitted from his instruction with 17 former players having moved on to careers in the NBA, numerous others playing professionally overseas.

LU fans will always remember Brooks for his time as the Cardinals' point guard (1979 – 81). A two-year letterwinner who played for coaches Billy Tubbs and Foster, Brooks guided the Cardinals to 47 wins – including three NCAA tournament wins, consecutive SLC titles and a NCAA Sweet 16 appearance.

A 1981 All-Southland Conference selection, Brooks was a 10th-round selection of the San Antonio Spurs in the 1981 NBA draft. He was also selected by the Beaumont Enterprise as one of the five greatest players in LU history and was inducted into the Cardinals Hall of Honor in 2019.