The Cardinals will travel to Abilene Christian for a match on Friday, March 5th with kick off set for 7:00 p.m. at Elmer Gray Stadium. 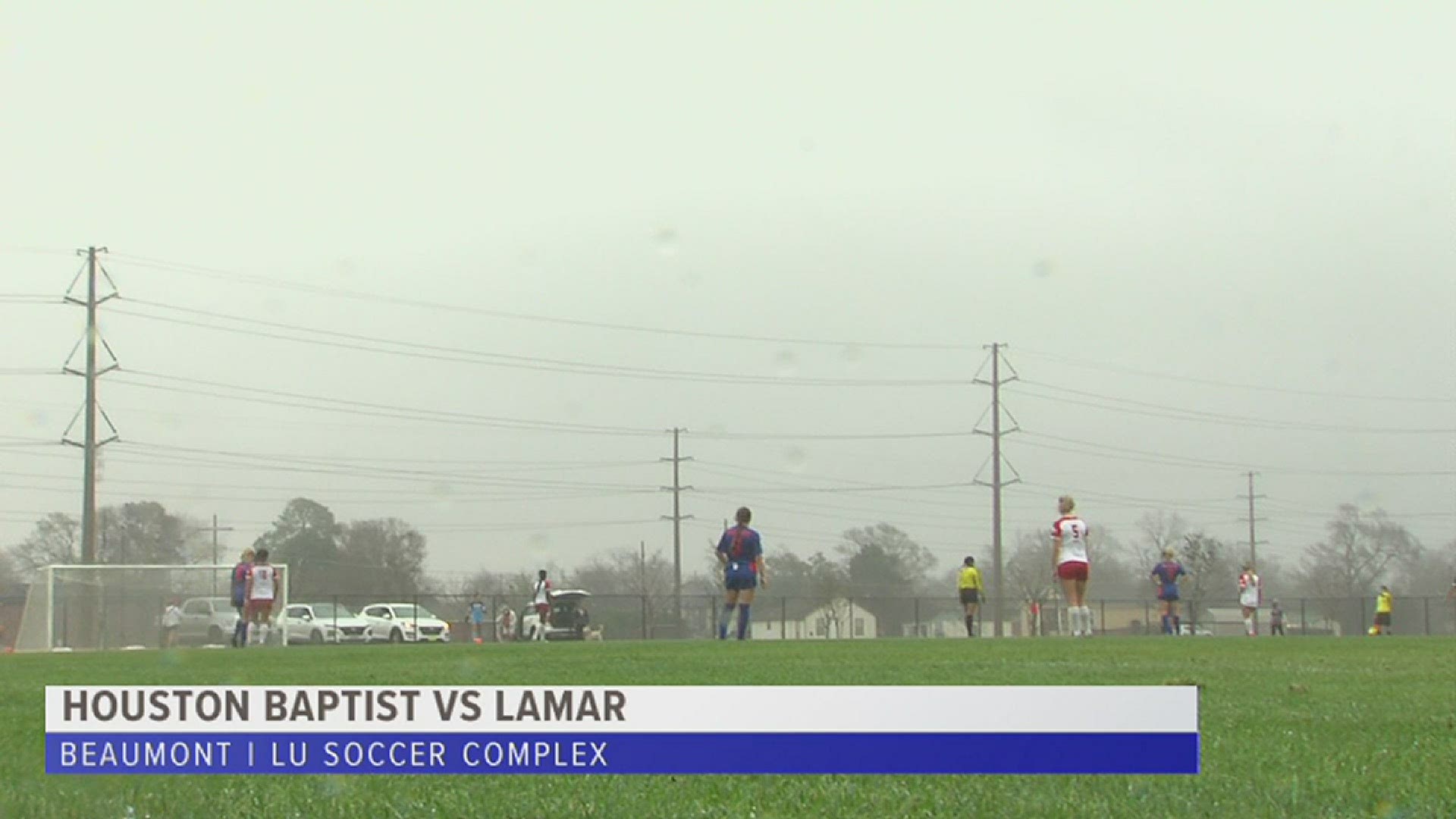 "It is always great to get three points on a Sunday," said head coach Steve Holeman. "I liked the way our team showed some resilience after going down the goal. We had a really good first half, and I was a bit upset with our second half performance, but overall through 90 minutes we were pleased to come out of here with a win."

The Huskies opened the scoring of the game in the 16th minute on a goal by Ryan Ford, but in the next 10 minutes the Cardinals rattled off two goals and HBU scored an own goal to give the Big Red a 3-1 lead going into the halftime break. Junior Hollie Massey tallied the two Cardinal goals with one coming off a corner that slipped through the hands of the HBU keeper. Christine Kitaru tallied the assist on the second goal by Massey.

Despite capturing the 3-1 win over Houston Baptist, the Huskies outshot the Cardinals by one shot, 16-15. Both keepers notched five saves on the afternoon. Lamar kept off the foul column for most of the contest as the Huskies tallied 11 fouls to Lamar's two fouls.

UP NEXT: The Cardinals will travel to Abilene Christian for a match on Friday, March 5th with kick off set for 7:00 p.m. at Elmer Gray Stadium.