The Cardinals will be back in action Friday when they travel to Huntsville, Texas to take on Sam Houston in a four-game series. 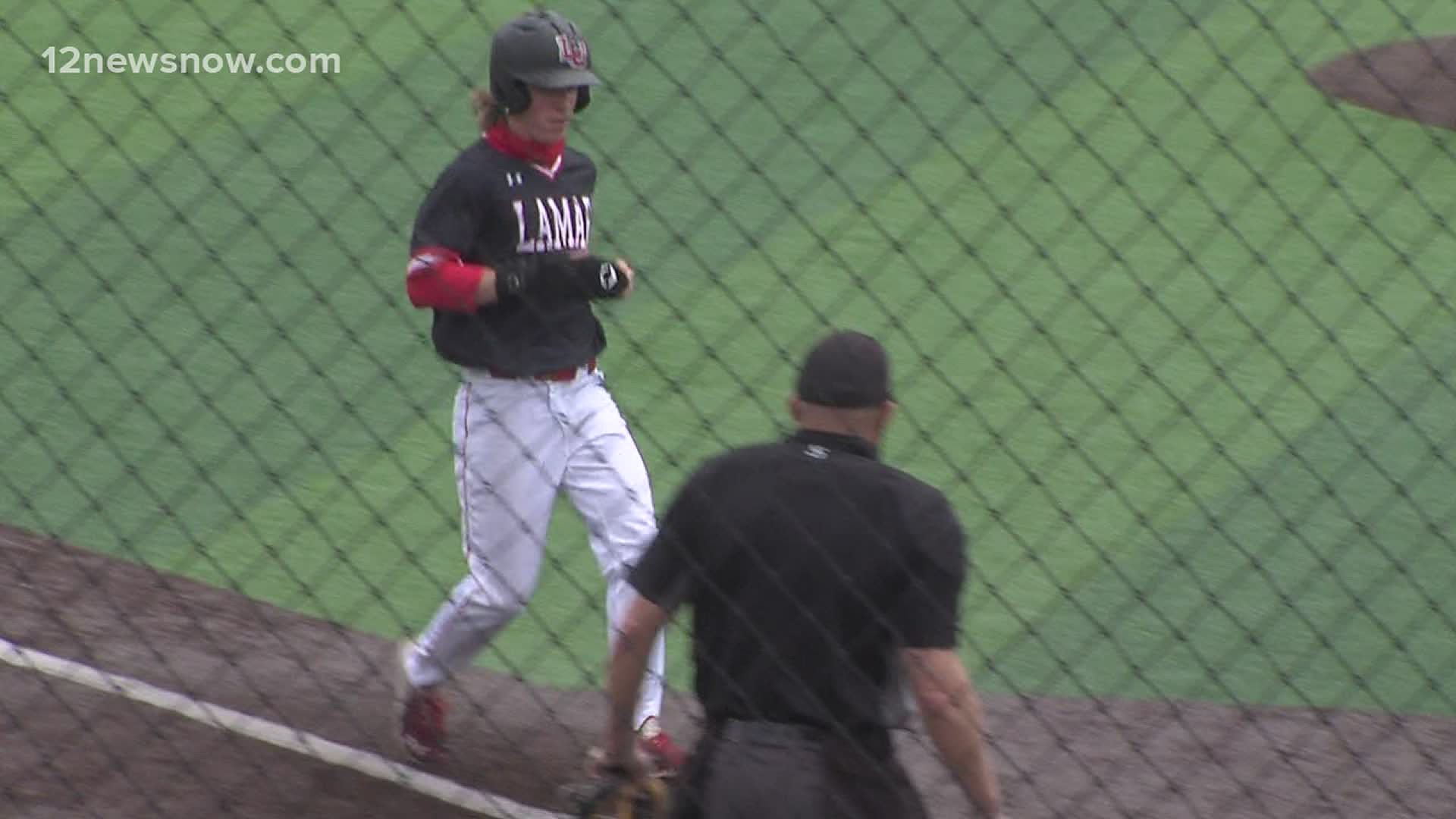 BEAUMONT, Texas — Junior Trevin Michael struck out 11 Colonels on his way to his third win of the season as Lamar University defeated Nicholls, 5-2, in the second game of a doubleheader Sunday afternoon at Vincent-Beck Stadium. The Cardinals won the second game picking up the doubleheader and series split as Nicholls took the first game, 3-2.

Michael (3-2) pitched 7.0 strong innings surrendering just two runs (both earned) on five hits with one walk and the 11 strikeouts. He was efficient in his outing with 99 pitches through the seven innings. Junior Jack Dallas got the save – his eighth of the season – pitching 2.0 scoreless innings with two strikeouts.

Nick Heckman (1-5) took the loss for Nicholls. He went 2.1 allowing four runs (all earned) on seven hits. He also walked one batter. He was one of five Colonels to pitch in the second game.

LU finished the second game with five runs on 12 hits. Five players recorded two hits on the day, led by the bottom of the order. Deric LaMontagne, Kelby Weyler, Matthew McDonald, Ryan Snell along with leadoff hitter Ben MacNaughton each recorded two hits. McDonald was 2-for-3 with an RBI and two runs scored, while Snell recorded a 2-for-2 effort with two RBIs.

The Cardinals did their damage early to give Michael some room to work. LU scored one in the first when MacNaughton led off the game with a tiple to center. Two batters later, MacNaughton scored when Avery George brought him home on a fielder's choice.

After the Colonels responded with one in the top of the second, Big Red answered right back with three runs on four hits in the home half. After LaMontagne led off the inning with a double, Weyler followed with a single. McDonald – who got the start in right – followed with a double to center field driving in LaMontagne. Snell drove in the next run with a sacrifice fly to center. The final run of the inning came off the bat of MacNaughton when he singled to right.

Michael pitched a scoreless third before the Colonels got a run back in the fourth. The Cardinals answered back in the sixth, again off the bat of Snell. The Hardin, Texas native doubled to left driving in what would be the final run of the game. From that point, the Cardinals handed things over to its pitching staff and Michael and Dallas hung zeroes for the rest of the day.

The Cardinals also got a strong effort from freshman Josh Ekness who went 4.2 in a seven-inning game but it wasn't enough as he took the loss (0-2). Ekness surrendered three runs on two hits, while striking out five, but was victimized by five walks. Christian Grigsby pitched the final 2.1 innings surrendering just two hits.

Devin Desandro (3-1) got the win for Nicholls going 4.1 surrendering just two runs (one earned) on six hits with a strikeout and two walks. Joe Taylor pitched the final 1.2 for the save – his eighth of the season.

The first game of the day was a game of missed opportunities as the Red and White left 13 men on base. LU had several hard hit balls in key situations of the game but Nicholls came up with the plays defensively at key moments.

George led the offense with a 3-for-4 effort in the first game and finished the day 4-of-8 at the plate with a double and two RBIs.

The Cardinals will be back in action Friday when they travel to Huntsville, Texas to take on Sam Houston in a four-game series. The first game of the series is slated for a 6:30 p.m. start from Huntsville.