Lady Cards fall on the road to A&M Corpus-Christi

The Cardinals heads home for a two-game home stand, kicking it off with a Wednesday night matchup against Incarnate Ward 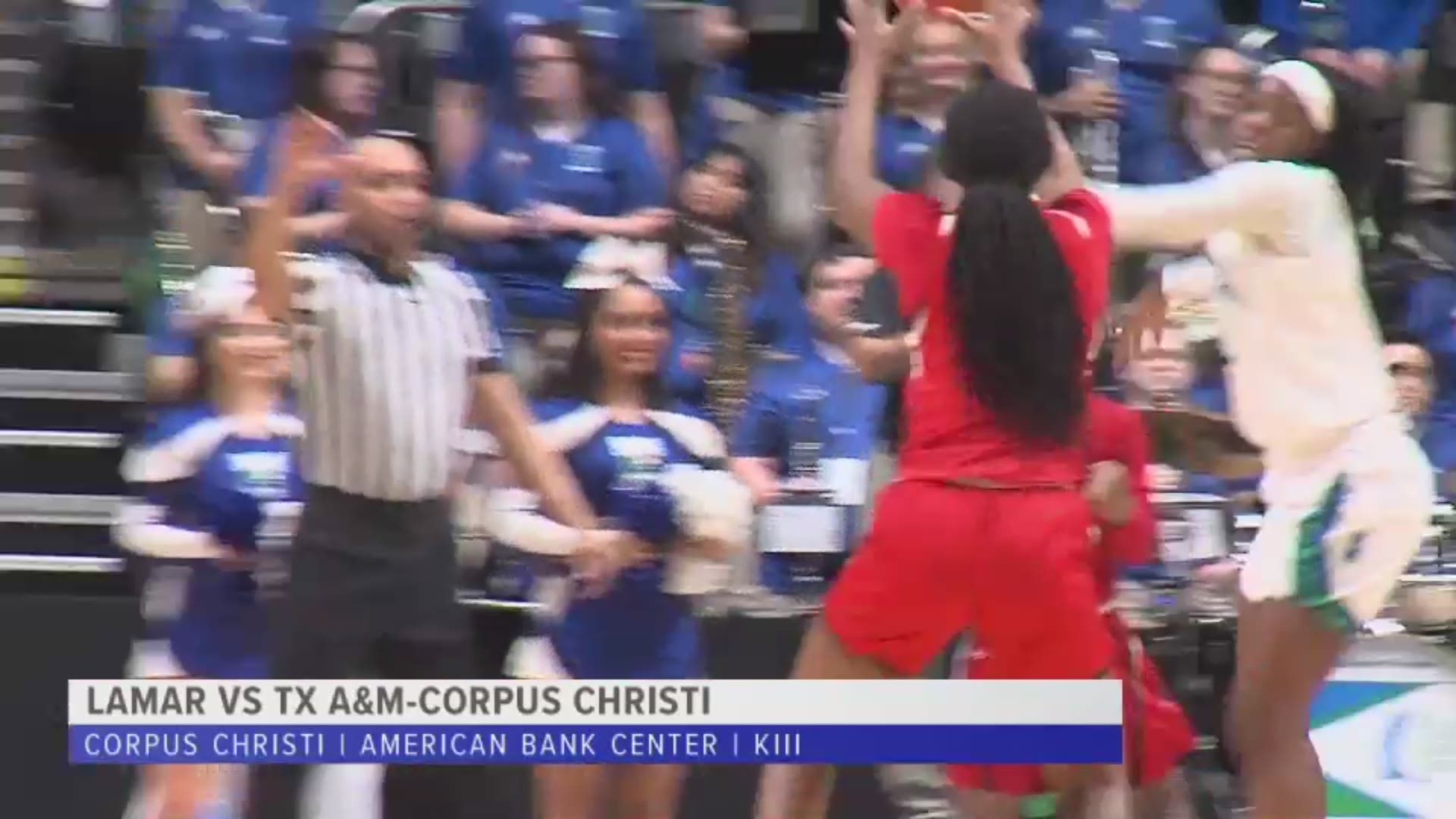 CORPUS CHRISTI, Texas — The Cardinals were not able to get past the A&M-Corpus Christi defensive pressure in the second half as they fell to the Islanders, 49-39, on Saturday afternoon at the American Bank Center.

Backed by senior Briana Laidler, who finished the first quarter with five points, two rebounds and two steals, to help led the Cardinals get out to an early lead in Corpus Christi. Lamar was able to hold the Islanders to just 30 percent shooting as the Cards went into the second quarter up 16-11.

Behind sophomore Angel Hastings' seven points in the first half, including a huge three that helped give the Cards the halftime lead, the Cardinals were able to contain the Islanders heading into the half. The Islanders were backed by six first-half points from Alicia Westbrook.

The fourth quarter found the Cardinals fighting back, but it was not enough as the Islanders took the game 49-39. The Cardinals fall to 8-9 overall while slipping to 4-4 in the Southland.

Hastings finished with a team-high 14 points to go a long with three steals and a rebound. Redshirt Senior Amber Vidal finished the afternoon with nine points and six rebounds.

On Amber Vidal's performance and the game overall:

"Amber played hard today. We have to get her more open looks. Corpus did a great job of defending her on the catch, and making her work for every shot. As a whole, we have to be better offensively and take care of the basketball."

Up Next: The Cardinals heads home for a two-game home stand, kicking it off with a Wednesday night matchup against Incarnate Ward at the Montagne Center. Tipoff is scheduled for 7:00 p.m. (CT) and will be broadcasted on ESPN+.