West Orange-Stark is ready to bounce back from "down" season 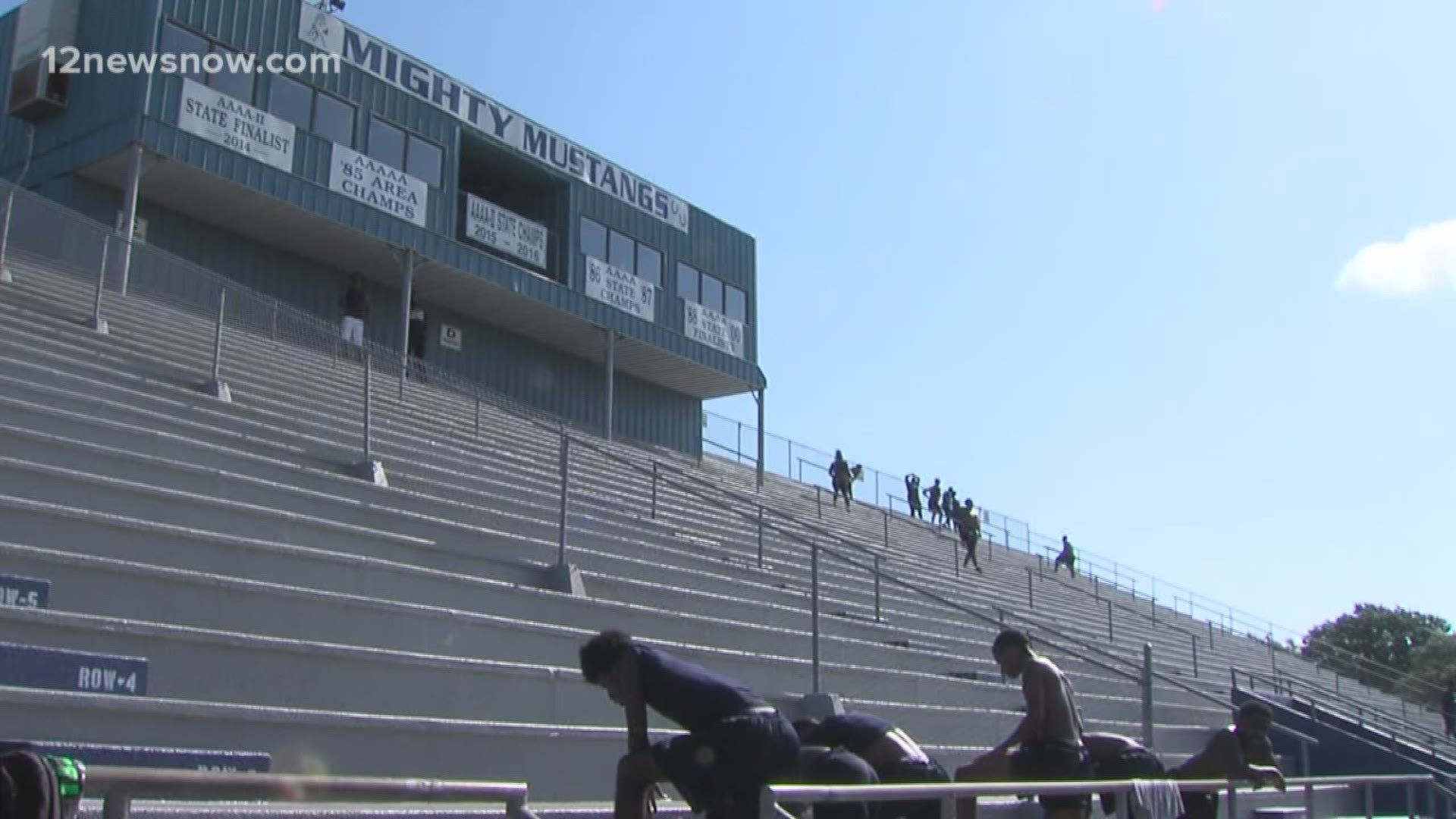 WEST ORANGE, Texas — At West Orange-Stark expectations are higher than the concrete mountain the team must conquer during the Mustang Mile on day one of practice. For example, at most places advancing four rounds deep in the playoffs would be celebrated, but this isn't most places.

Coach Cornel Thompson was clear about that when asked about last year. "We played fourteen games last year and only won nine. That's unacceptable here at West Orange-Stark. It was all about attitude. I think our attitude is going to be a lot better. And I believe we're going to get more leadership out of this senior group."