West Brook and Hardin-Jefferson come up short in Regional Semifinals 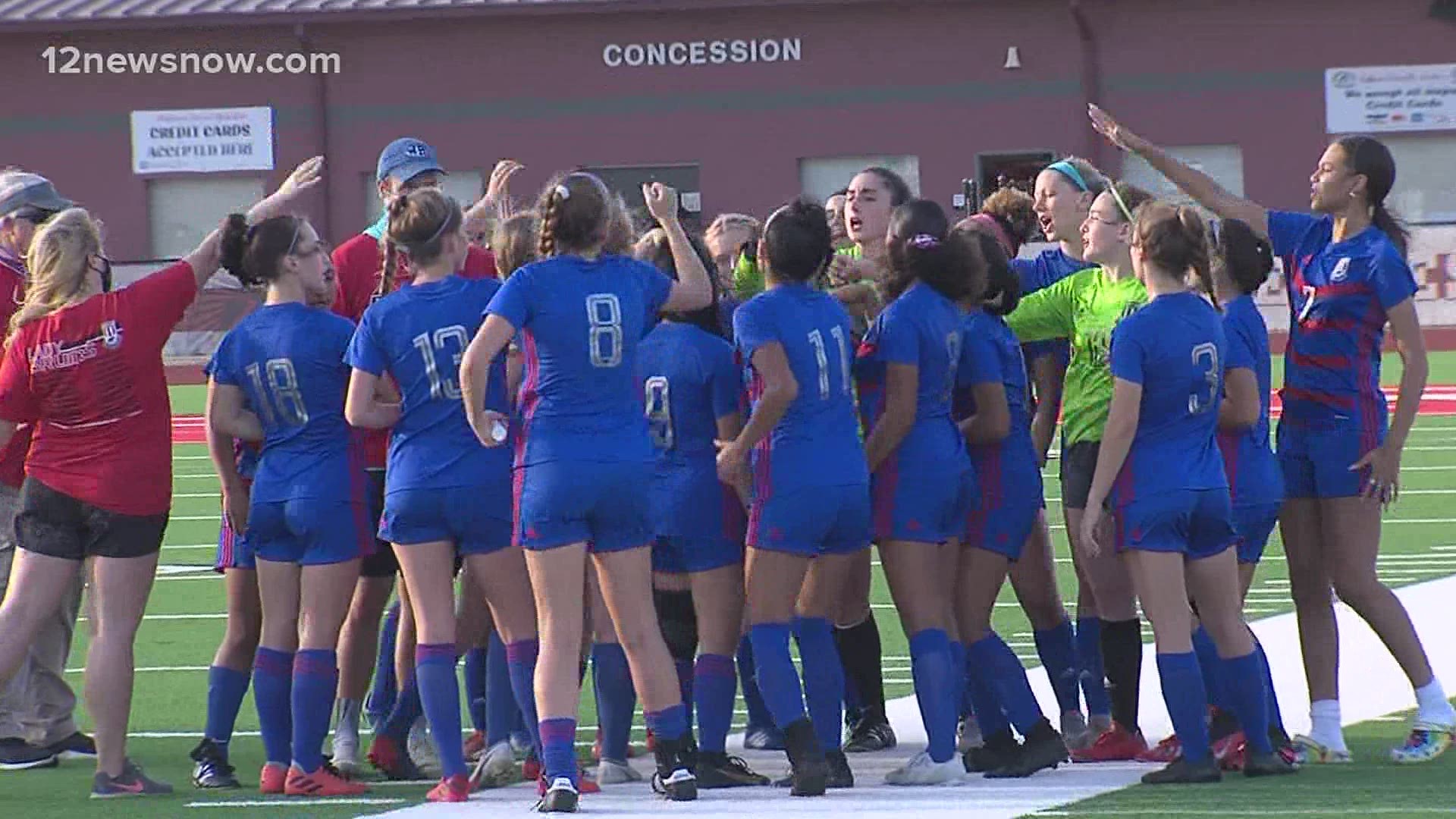 BEAUMONT, Texas — It's been a special year for the 409 on the pitch.

Last month the Kelly boys were able to put together an amazing run that ended with a TAPPS Division I State Championship.

Tonight both West Brook and Hardin-Jefferson were hoping to get a step closer to the UIL State Tournament, but unfortunately the Lady Bruins and Lady Hawks would come up short in the Regional Semifinals.

In the 6A bracket West Brook fell behind less than seven minutes into the action when a corner kick by Ryan Brotemarkle was headed in by Constance White.

The score remained 1-0 Lady Bobcats until they added an insurance goal in the second half.

Cy-Fair moves on to face Houston Memorial with the 2-0 win.

Meanwhile in Class 4A Hardin-Jefferson was looking for their second-straight upset after taking down Lumberton last week.

The Lady Hawks took to a lead over Salado when Logan Padgett found Marissa West for a short goal.

HJ would take that advantage into the break only to see Aubrey Heffner tie things up in the 49th minute. Then in the 65th minute Holly Wright would deliver the game winner from 35 yards out.