Sabine Pass tennis team is building a tradition of success 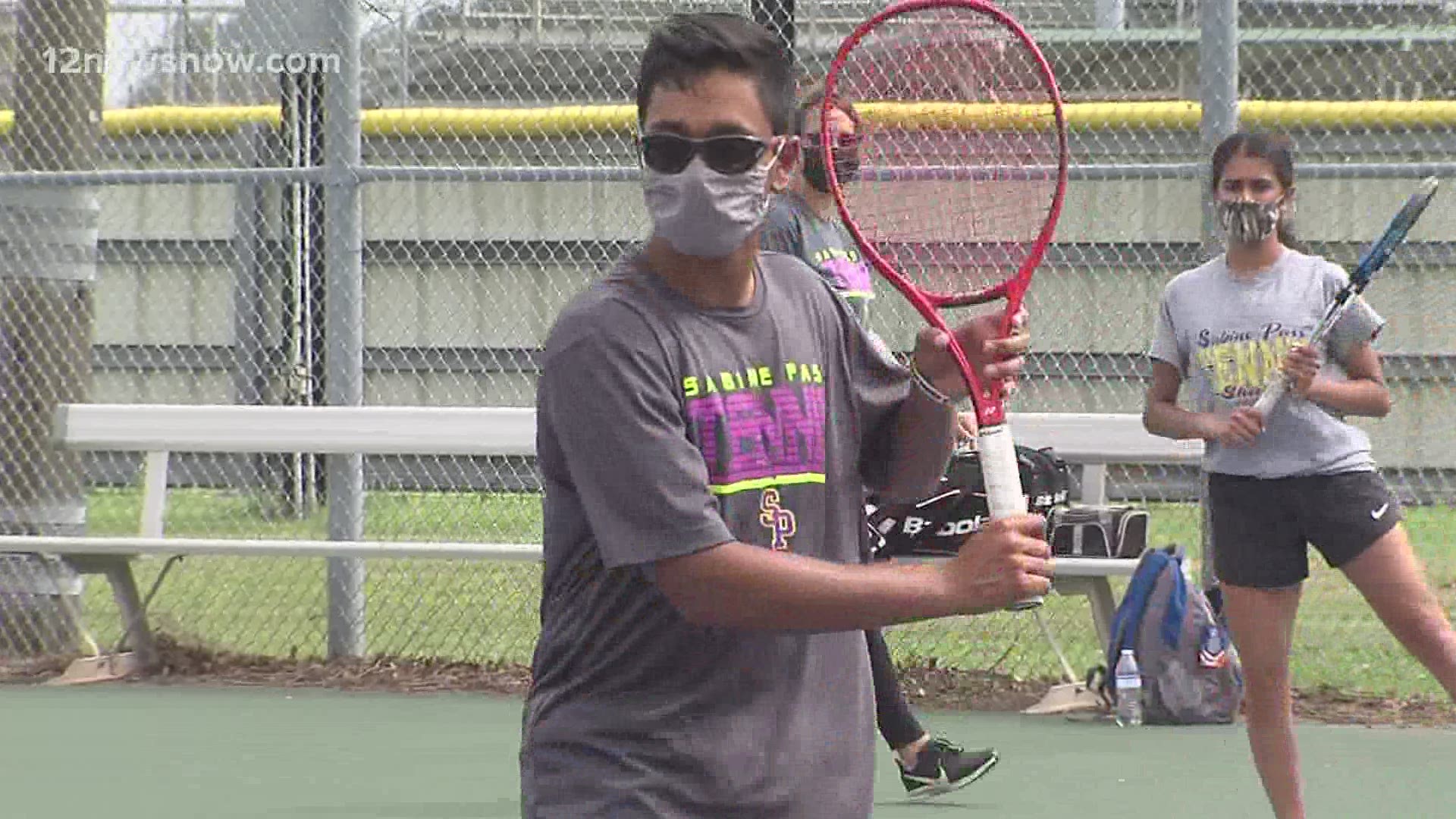 SABINE PASS, Texas — At a school as small as Sabine Pass, sometimes it's tough just find enough athletes to make up a team.

That's not the case with the Sabine Pass tennis team despite an enrollment of just 134.

Seventeen students are part of the program, with thirteen making up the varsity team, out of those ten qualified for the 2A Region IV Tournament in Corpus Christi and they more than held their own.

Sophomore Hazel Mistry finished third in the girls bracket to qualify as an alternate for State, while her big brother Travis won the region four title and will represent the Sharks in San Antonio.

"I mean it's exciting. It is certainly something that I've looked forward to for a long time. Last year I had high hopes as well, but unfortunately COVID happened and I wasn't the only one affected by it. I was hardly affected by it so at least there's that. But it's going to be exciting. Last chance that I've ever got to represent Sabine at State and hopefully going to go there and make an impact on the draw."

For coach Zachary Defrancis the progress of the program is special.

"I mean as a coach that's just dream come true to be honest. You know there are so few players that advance to State out of our area and to get Travis winning first place at Regionals and then Hazel having a great tournament and finishing third as alternate, I mean as a coach it's my wildest dreams really. Especially since I've only been doing this a couple of years, getting kids that far is really a dream come true."

While Hazel won't be able to compete at State she is still thrilled for the experience.

"I am so pumped. Like even if I didn't get to make it to State, it's just a big accomplishment all and all. And I never thought I'd get this far, but I'm hear. I've done it."

And while hazel will be cheering on her brother at State, don't let that fool you. These two are just as competitive as any other set of siblings as Hazel is quick to point out.

The UIL Tennis Tournament is set for May 20th in San Antonio with Travis Mistry will meeting Chilton's Lawrence Stock in the quarterfinals.