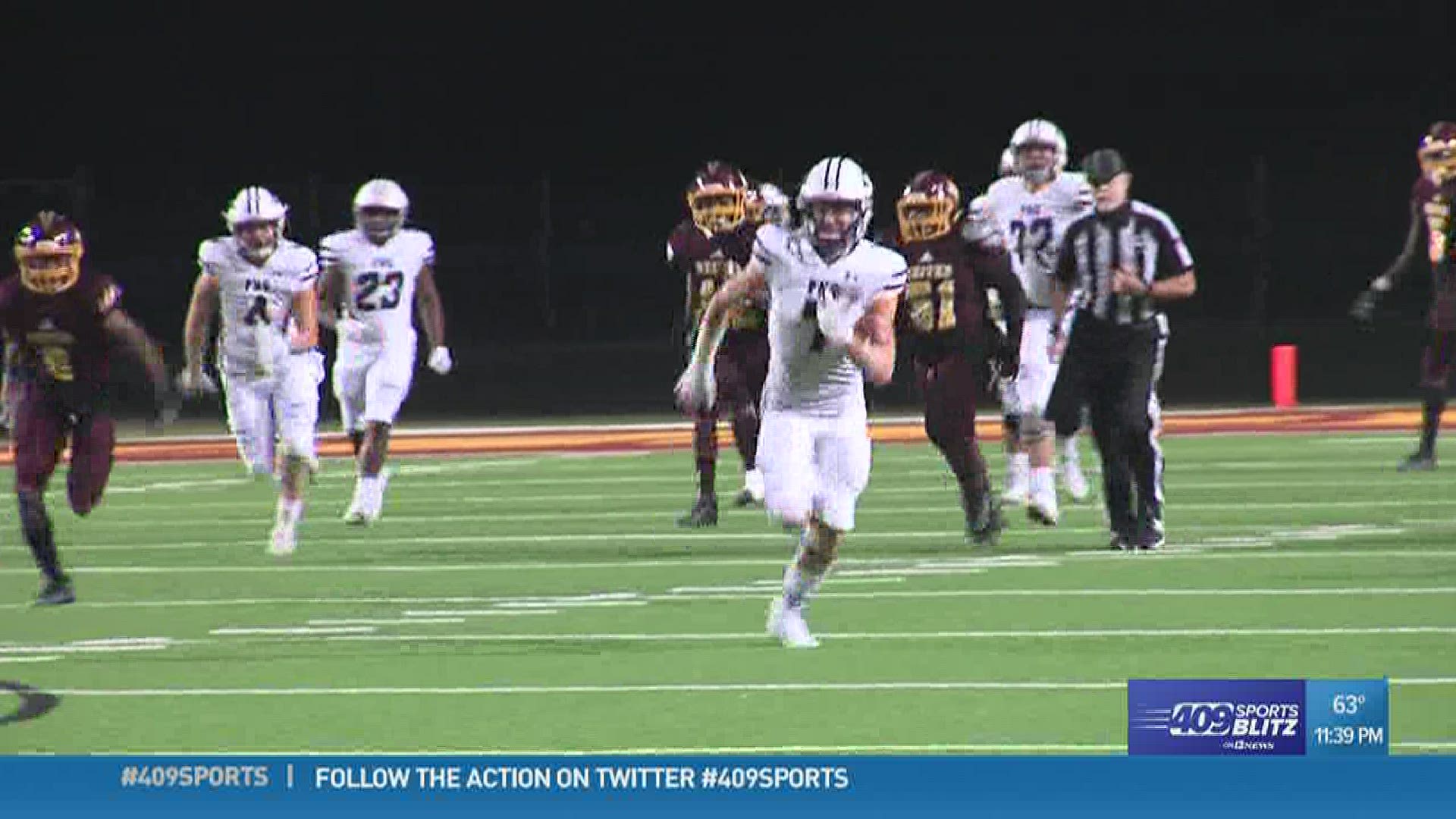 BEAUMONT, Texas — This week's play of the week goes to Port-Neches Groves High School quarterback Blake Bost for his connection to Brady Nail for an 81-yard touchdown.