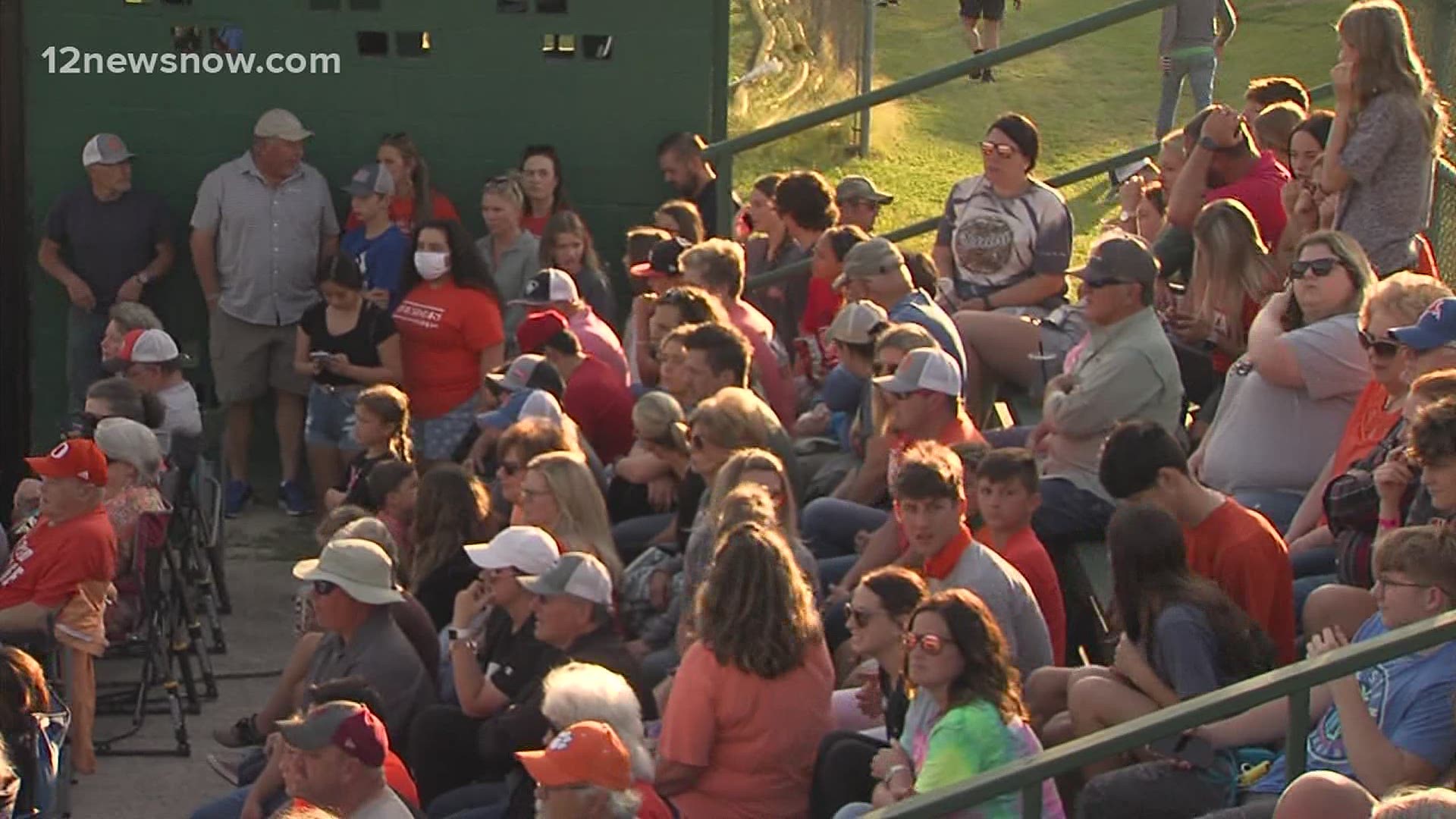 ORANGE, Texas — The Orange County showdown for the District 22-4A softball title lived up to the hype with Orangefield blanking Little Cypress-Mauriceville 3-0 at Lady Bear Field Monday night.

With a scoreless game in the 7th, Wright from LCM lifted a deep fly ball to right field with runners in scoring position only to see Bailee South make a game saving catch to send the game in extra innings.

The stalemate was broken in the top half of the inning when the Lady Bobcats scratched out a run.

After loading the bases with an intentional walk to South Florida signee Emma Humplik, Olivia Grant came through in the clutch with a RBI base knock up the middle. Unfortunately a base running mistake on Grant's hit forced Ryden Stanfield to take off for home where she was tagged out.

Moments later the Orangefield got the insurance they needed when Codie Sorge ripped a ball to right center to plate the two final runs of the night.

The outcome leaves LCM with the second playoff spot out of 22-4A, while Lumberton is the third seed after their tiebreaker win over Bridge City.

The Lady Cardinals will move on as 22-4A's fourth seed in the UIL 4A playoffs.