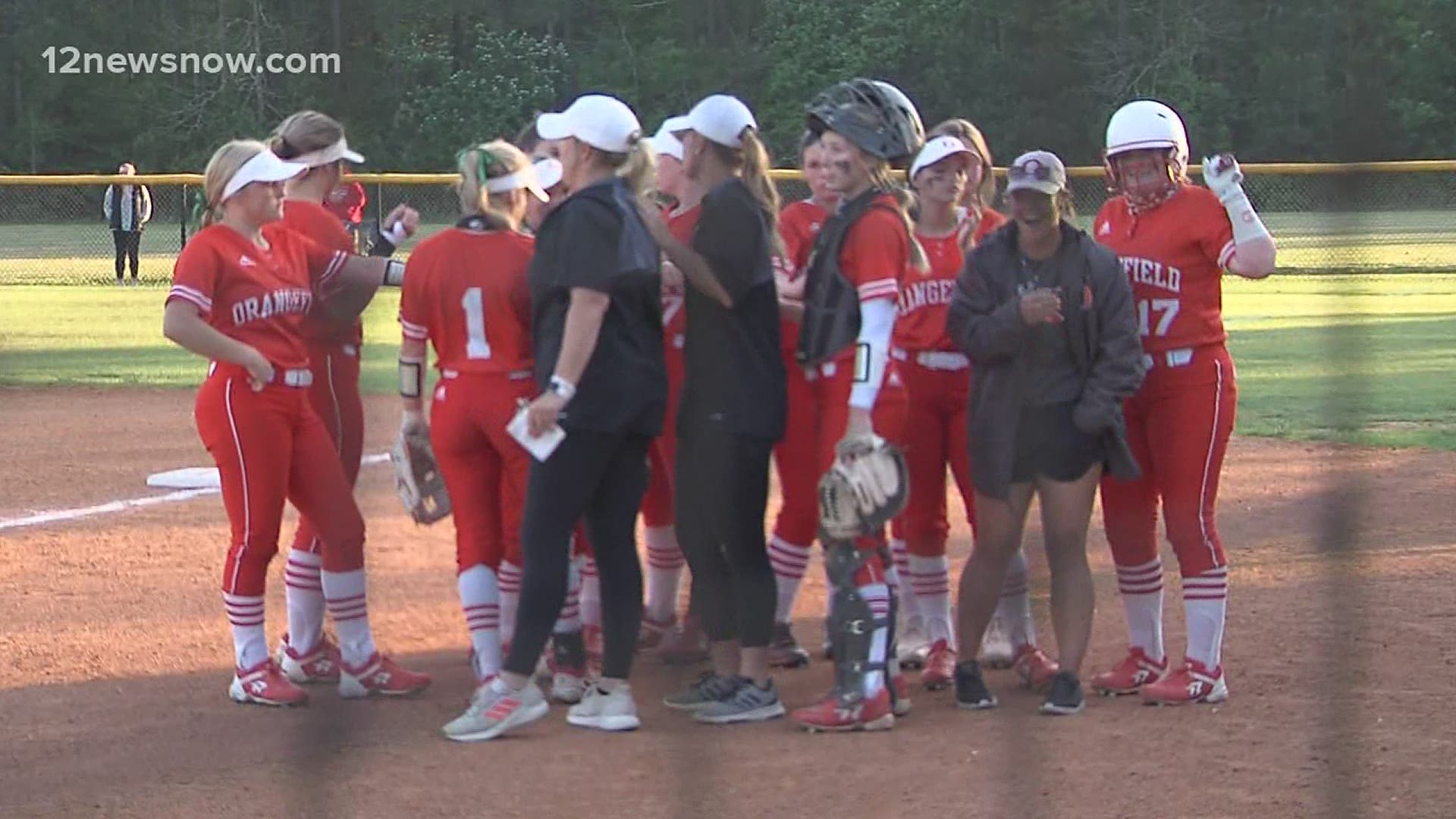 LUMBERTON, Texas — The District 22-4A Championship will be on the line Friday night when Orangefield takes on Little Cypress-Mauriceville after the Lady Bobcats escaped Lumberton with a hard-fought 2-1 victory in eight innings.

In a game that was pushed back twice due to field conditions, Orangefield was able to get on the board first.

Abigail Curphey ripped a ball to right field that would travel all the way to the wall allowing Joli Ponifick to score from first.

Madyson Henley was jammed on an inside pitch with runners at second and third and looked to be grounding out to end the inning, instead Henley knocked the ball loose a tag attempt allowing Halle Post to score and tie things up.

The teams were deadlocked at one until the eighth inning. That's when Harleigh Rawls delivered a two-out single to center field to score Olivia Grant.

The Lady Raiders were able to get their first to batters on base in the bottom half of the eighth, but after a strikeout a double play would end the game.

Orangefield will is scheduled to visit LCM on Friday with the winner being crowned district champion.

In the first meeting the Lady Bobcats were able to win a shootout over the Lady Bears in Orangefield, 11-10.