National signing day takes over the 409 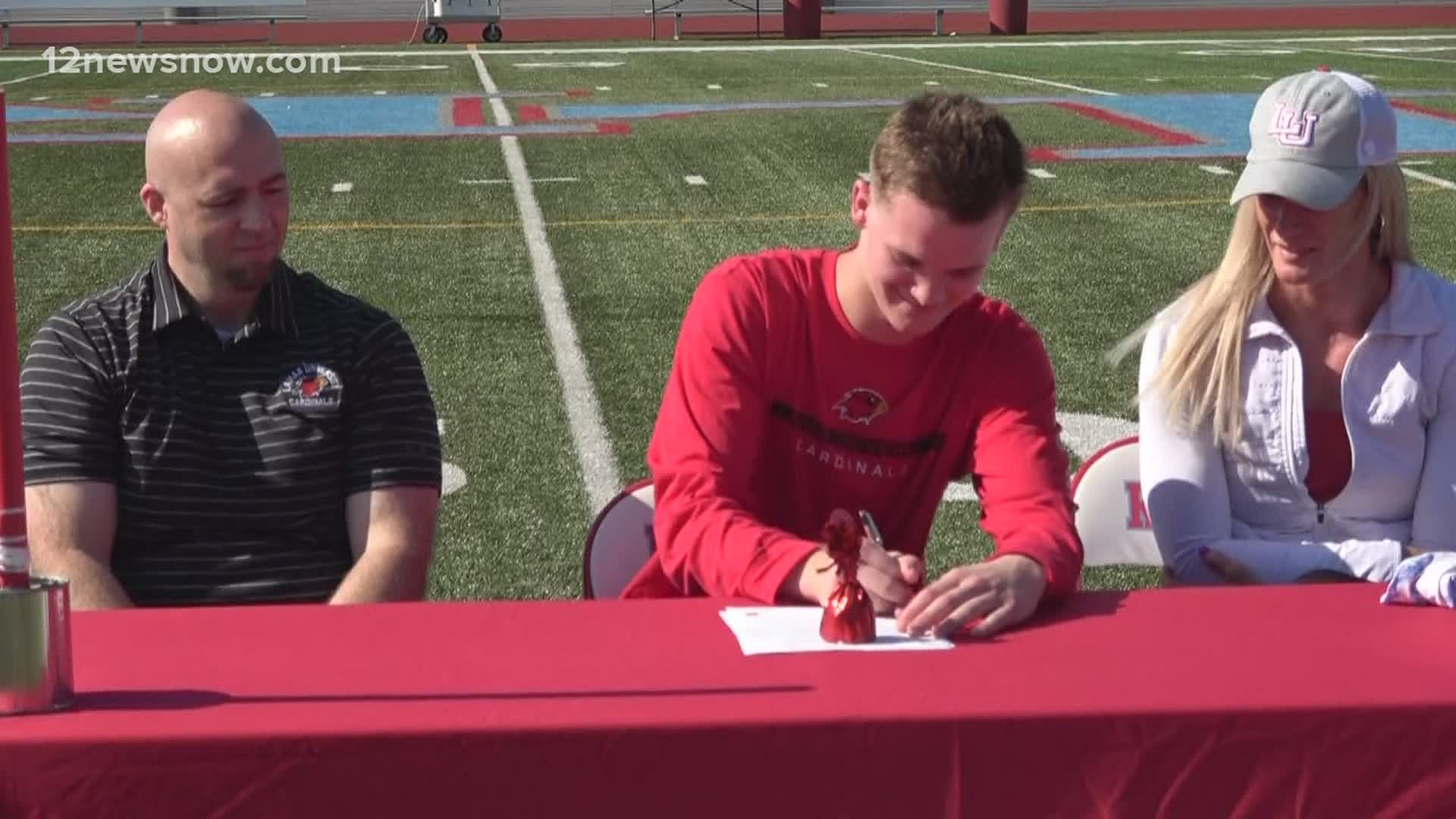 BEAUMONT, Texas — It was another eventful signing day in Southeast Texas with multiple area athletes signing their national letters of intent.

In Lumberton, Brock McClure became the first Raider boys basketball player to ever sign a Division I scholarship. McClure will stay close to home to play for Tic Price's Lamar University Cardinals.

Over at Kelly the Bulldogs baseball program kept its tradition of sending players to the next level.

Pierce Levinthal chose to the JUCO route by signing with Navarro College. Levinthal sees it as an opportunity to bring his game to a higher level.

His teammate will head to the big stage of the Big 12. Gavin Kash, who is considered one of the top prospects in the nation, signed to play for the University of Texas.

Port Neches native Drake Varnado his heading to the SEC after signing with Arkansas. Varnado who previously played for Port Neches-Groves and Kelly has spent the last year in Florida at IMG Academy. 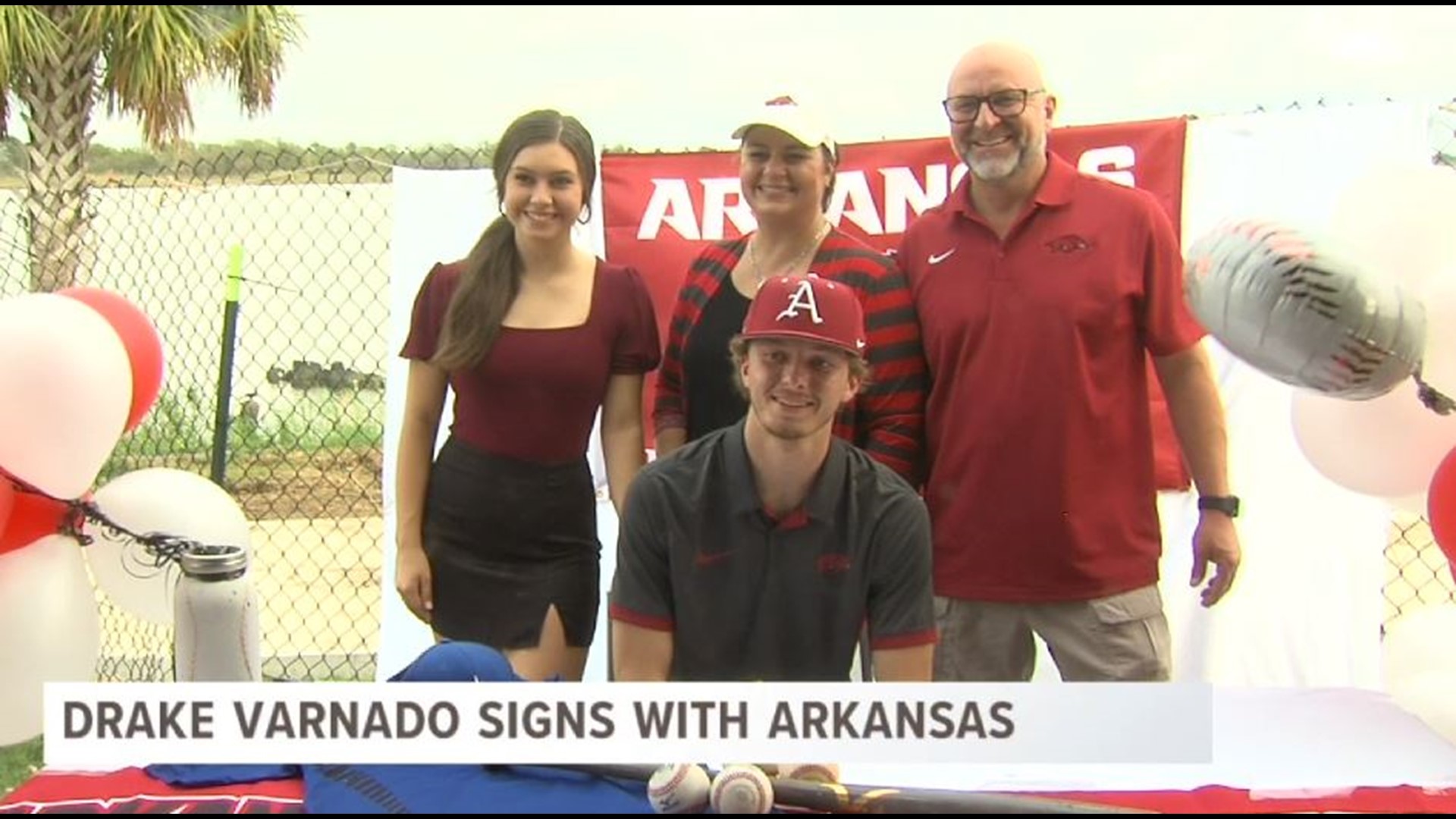 The Orangefield softball team had a pair of standout's sign their letters of intent to play at the next level as well.

Emma Humplik, the 2019 and 2020 Southeast Texas Coaches Association Player of the Year is taking her talents to the University of South Florida while Olivia Grant is headed to Navarro. 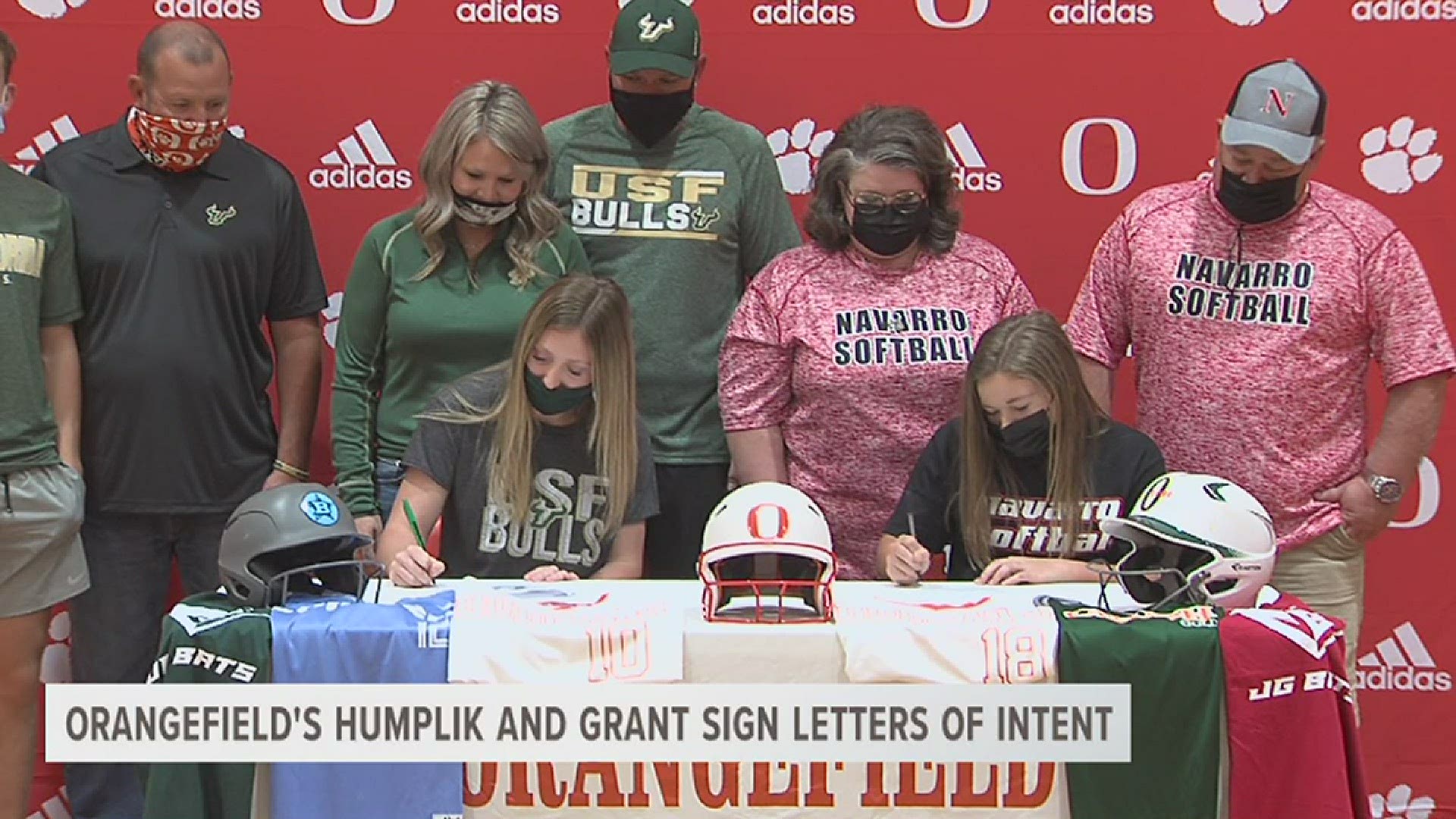 Super proud of @emmahumplik12 and @Olivia_M_Grant for signing today to play at the next level! Love these girls! #TPO! pic.twitter.com/g8j8nX4XU7

No words are enough to describe the impact @emmahumplik12 and @Olivia_M_Grant have had on our program!

We are so proud of you both. Congratulations! 💕🥎 pic.twitter.com/8p5N2XNMRc