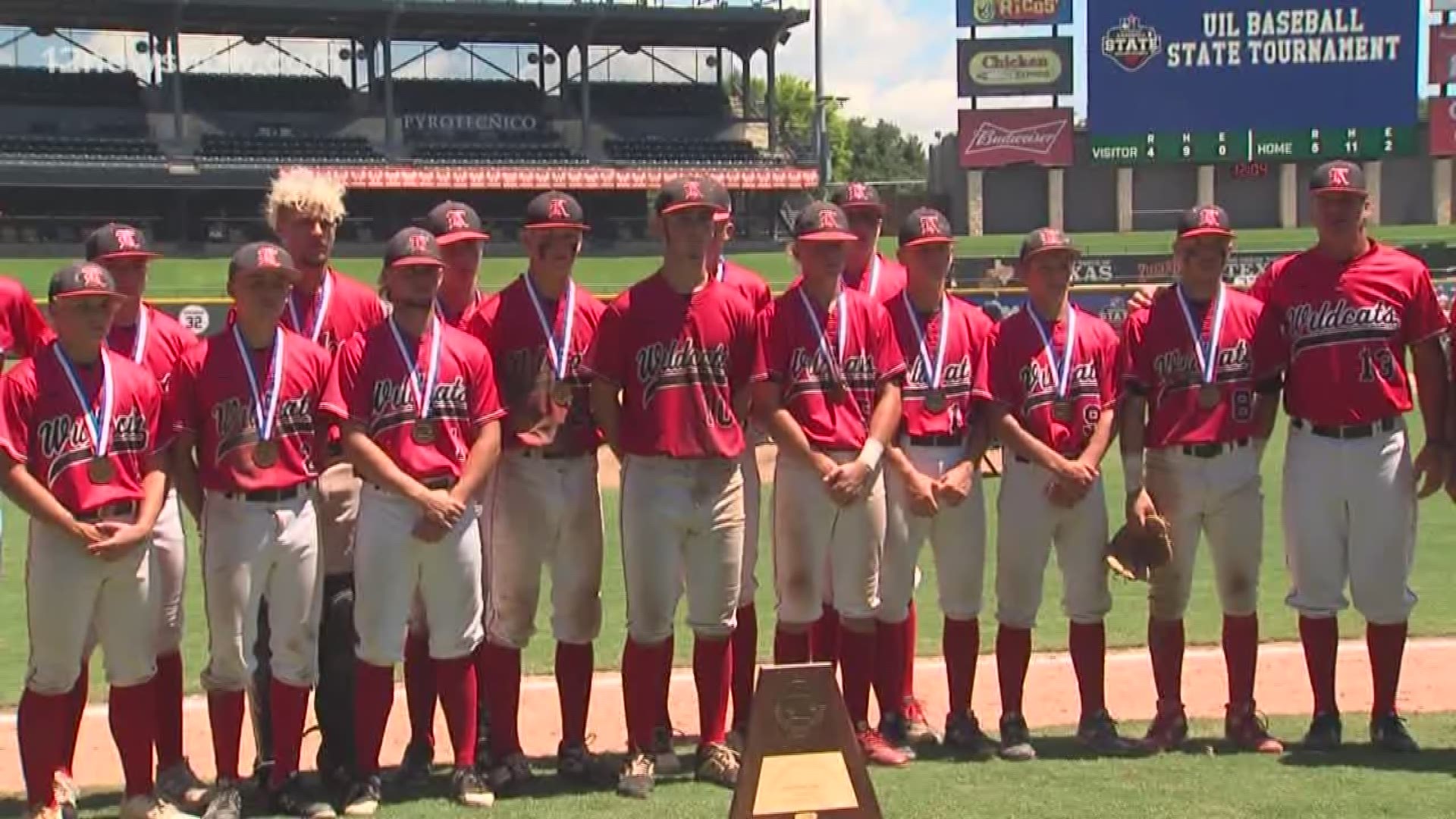 ROUND ROCK, Texas — Kirbyville gave the top-ranked Wall Hawks all they could handle in the 3A State Semifinals before falling in 5-4 in nine innings.

Making their State Tournament debut, the Wildcats fell behind early on when Wall used three hits to plate three runs in the second.

Kirbyville's offense struggled against starter Caleb Heuertz until the fourth inning. Haydenn Sharp grounded out to second Hunter Wallis to get the Wildcats on the board. Later in the inning Logan Webb's RBI single to left tied things up.

Wall wouldn't take long to regain their lead. In the bottom of the frame, Kye Herbert's sacrifice fly scored Jake Jansa to make the score 3-2,

Kirbyville immediately responded in their next at bat. This time it was starter James Burchett helping his own cause, The McNeese signee singled to left to tie the game up for a second time.

The Wildcats would take their first lead of the day in the sixth. Hunter Wallis roped a double down the left field line, allowing Justin "Archie" Herriage to go from first to home. After an error Wallis would end up at third. Unfortunately Kirbyville would strand the sophomore at third, instead of increasing their lead to two heading to the seventh.

Following a missed fly ball in foul territory, multiple walks and pitching changes, Herriage was handed the ball with a (2-0) count with two outs and the bases loaded. Jansa would watch as ball four passed, allowing the game tying run to score.

Kirbyville was able to get out of the seventh, but couldn't get any offense going in the eight or the ninth. In the bottom of the ninth inning, Gage Weishuhn lined a shot up the middle past Herriage that brought in the game-winning run.

The Wildcats amazing run ended at Dell Diamons with a record of (33-8-1). Wall (38-1) advances to the State Championship game for the second time in program history to face Blanco.