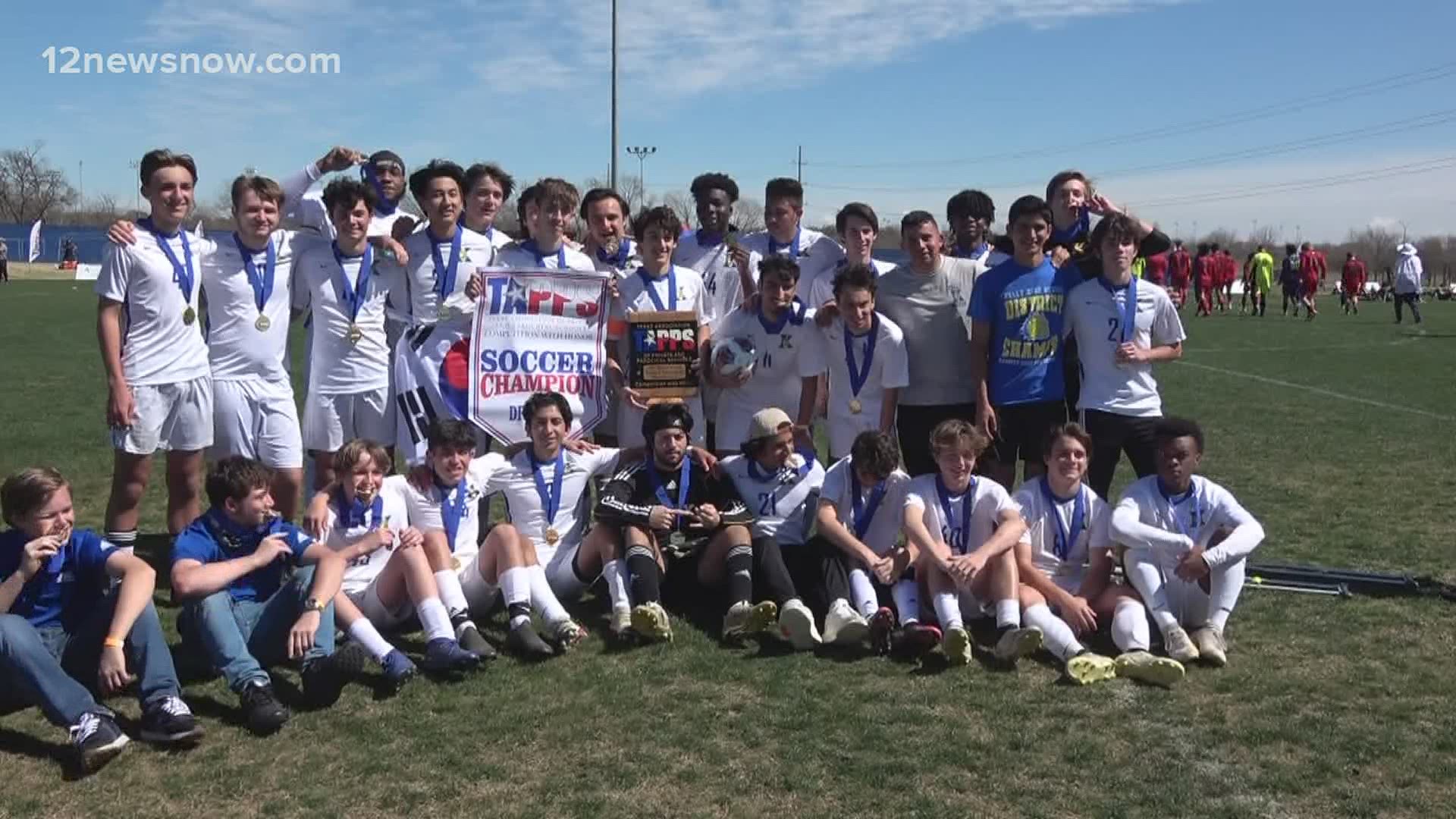 ROUND ROCK, Texas — Powered by two goals in the first thirteen minutes, Kelly went on to defeat Plano John Paull II 2-1 for the TAPPS Division I State Championship.

Things got started when Massad Makdsi scored after a corner kick was deflected his direction.

"That goal felt amazing. I always dreamt of scoring like a winning goal in a final. Just scoring felt amazing, like all the fans there celebrating with me. Just an amazing feeling."

It would take long for the Bulldogs to celebrate again with Jonathan Harris finding the back of the net less than five minutes later.

Kelly held onto their 2-0 lead until the Cardinals broke through with twenty-three minutes remaining in regulation.

Despite a barrage of attacks by John Paul II, the Dawgs were able to hold on for the win.