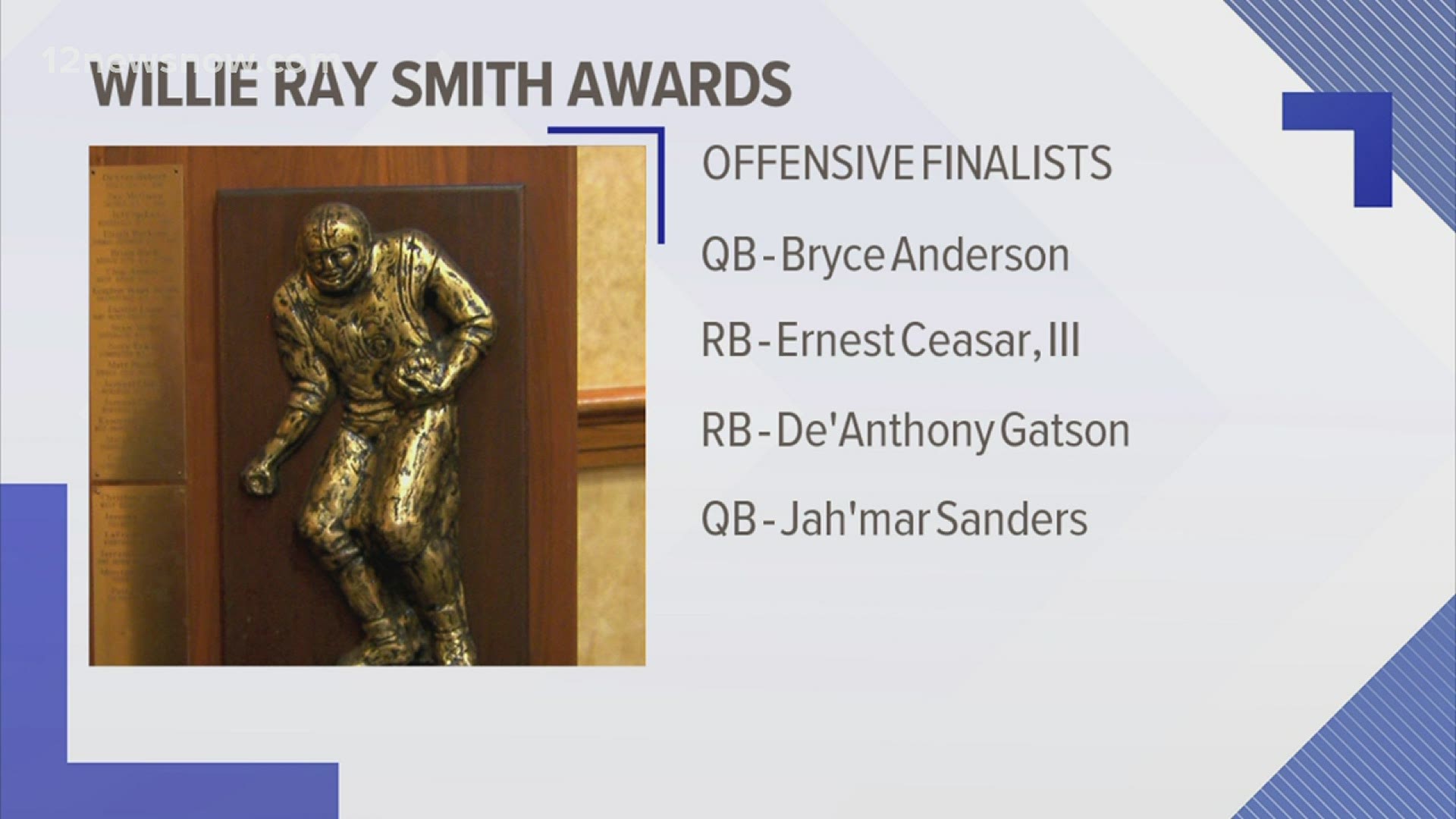 BEAUMONT, Texas — With a season like we have never seen before in the books, the Willie Ray Smith Award finalists were revealed during a press conference Monday afternoon at the MCM Elegante in Beaumont.

The 29th Annual Willie Smith Awards will be presented on April 26 at the MCM Elegante.

Last year West Brook's Troy Yowman took home the offensive award, while West Orange-Stark's Tyrone Brown was the winner on the defensive side.