Mainstay of Evadale's athletic program has decided to retire 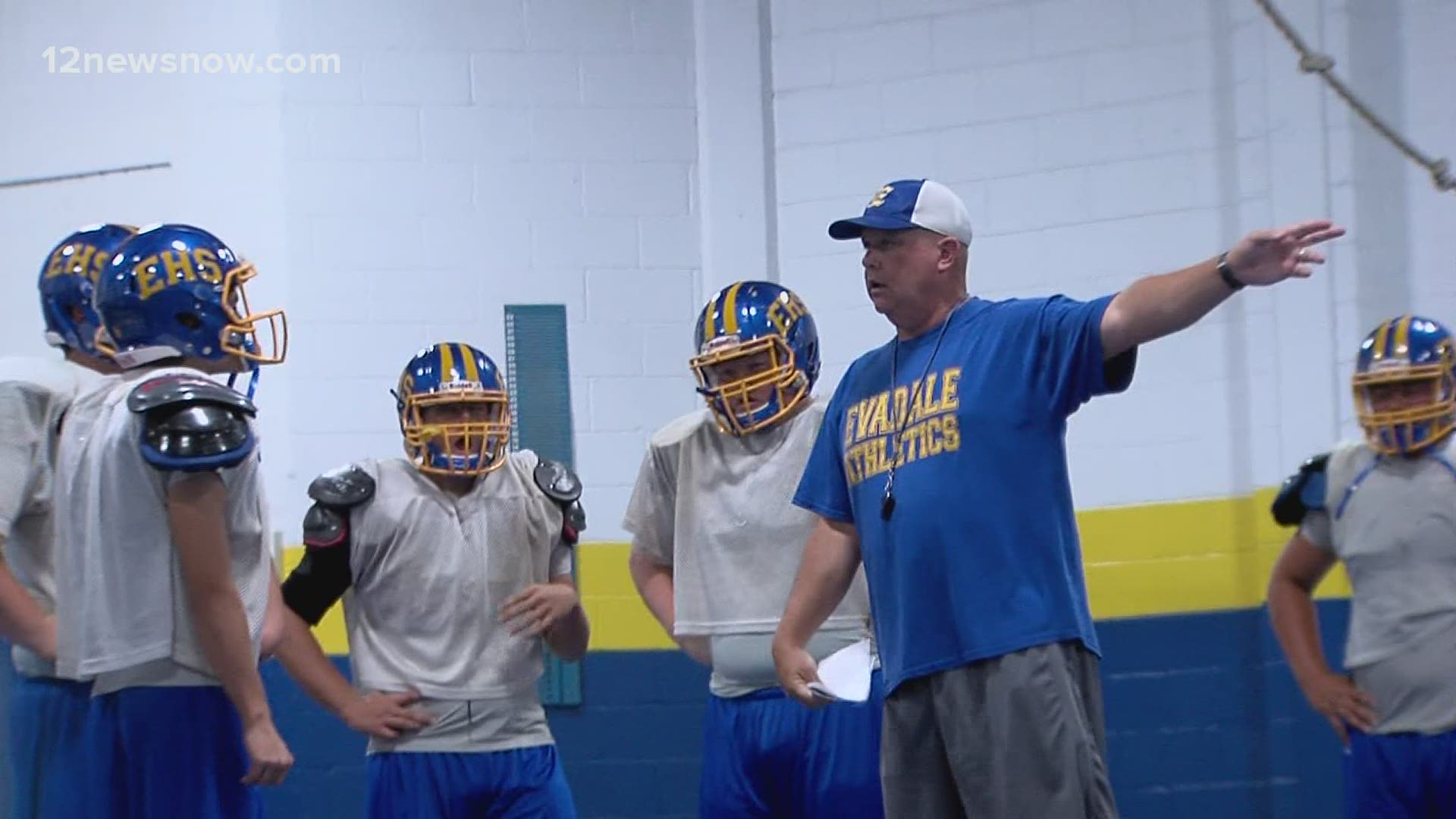 EVADALE, Texas — One of the longest tenured coaches in Southeast Texas has retired.

Evadale's Mark Williams has decided to hang it up after doing just about everything possible with the Rebels.

From serving as athletic director to leading both the football and baseball teams, Williams became the face of the Evadale program.

On the gridiron Williams became the Rebels head coach in 1996 before a short stint at Beckville, returning in 2006.

During his time on the sidelines Evadale won six football district crowns in his time.

On the baseball diamond the Rebels found even more success winning a State Championship in 2000 and reaching the State title game in 2010.