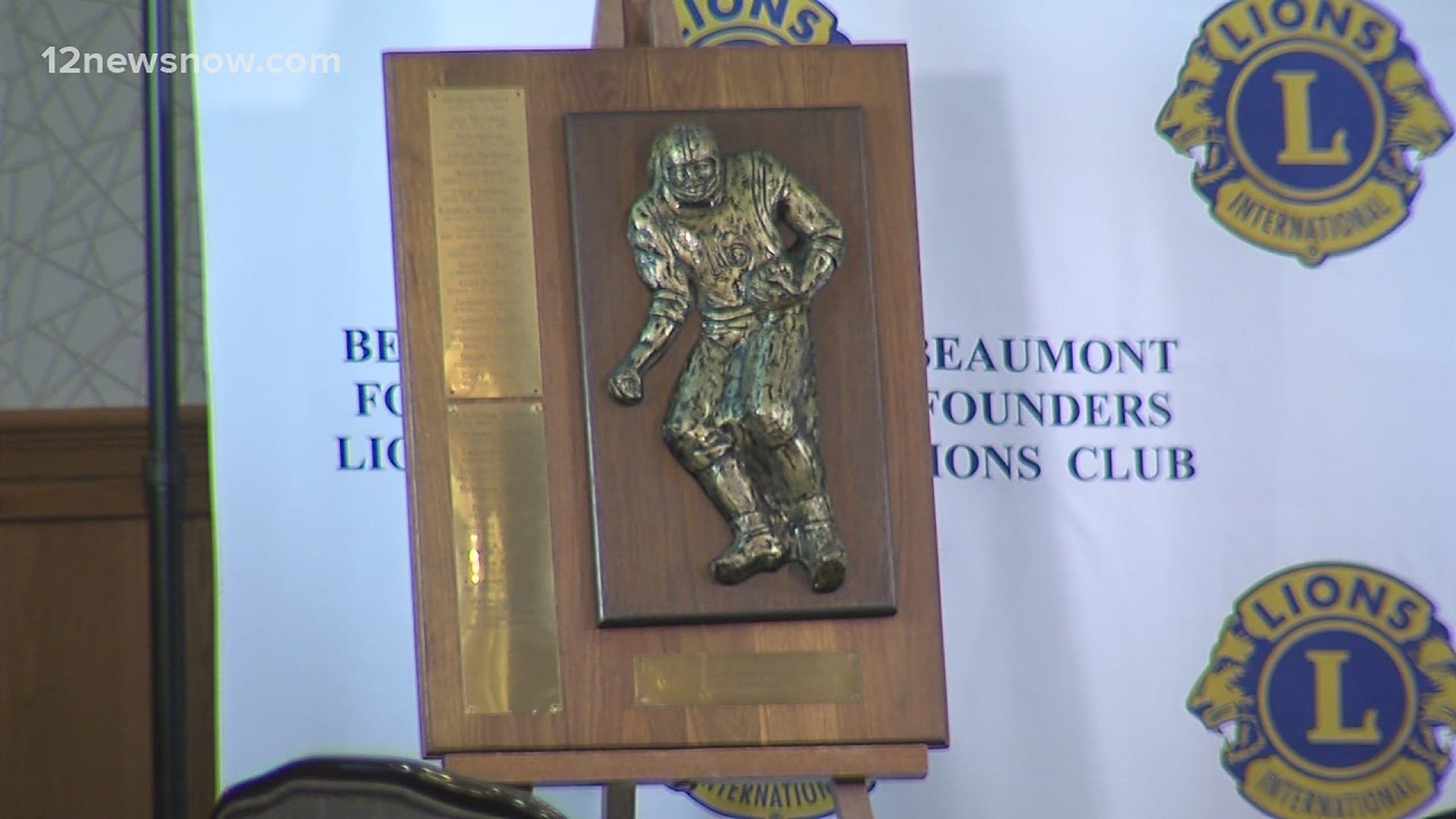 BEAUMONT, Texas — The 29th Annual Willie Ray Smith Awards were held later than normal on the calendar, but the excitement level was unchanged.

East Chambers running back Ernest Ceasar, III and Silsbee defensive linemen Ayden Bell took home the awards at the MCM Elegante in Beaumont after being selected by area media members.

Ceasar, who is headed to Texas Wesleyan, had a monster career at East Chambers capped off by a senior campaign that saw him rush for nearly 1,700 yards while piling up a total of 39 touchdowns.

"It means a lot. Like I said it's a dream come true cause I always knew about this award, but I never really though I could win it until I seen all the hard work I put in."

Congratulations to Ernest Ceasar for winning the Offensive Willie Ray Smith award. Also congratulations to Payton Martin for being a defensive nominee. It is a great day to be a Buc! pic.twitter.com/jSKzXgT77q

On the defensive side Lamar signee Ayden Bell was a force for the Tigers once again finishing his final year in the maroon and white with 95 tackles (69 solo), six sacks and 23 tackles for loss.

"Oh it's awesome. You got great players on there like guys that went to the league. You have Earl Thomas, Deionte Thompson. Guys like that, that are on there and I've looked at the list. To be in the same like category, or the same group as them. Like to be on a list of them it means a lot. It feels good."