For Sabine Pass, Monday afternoon's game in powerless Shark Stadium marked the first time the purple and gold was able to compete on the football field in 2020. The program was looking to build numbers before playing a game after having multiple seasons cut short due to a lack of players.

After battling to a scoreless draw after one half of play, it was the Sharks that struck first. Jeann Zuniga broke the ice with a nice run in the third quarter. After a missed two-point conversion, Sabine Pass led 6-0.

The Sharks (0-1, 0-1) would hold onto that lead until Burkeville's Zahdyn Brooks broke through to tie things up with nine minutes left in regulation. The Mustangs would also miss their conversion attempt to set up a dramatic finish.

Facing third and long late in the fourth, a perfectly executed halfback pass to Luke Crorey set up the Mustangs in scoring position.

Moments later Daelond Fredieu gave Burkeville (2-3, 1-0) their first lead with 1:25 left on the clock. A two-point conversion would cap off the scoring of a 14-6 Mustang win.

Burkeville will travel to the coast again later this week to face High Island (0-4, 0-0), while Sabine Pass will try to bounce back against a tough Deweyville team (3-2, 1-0). 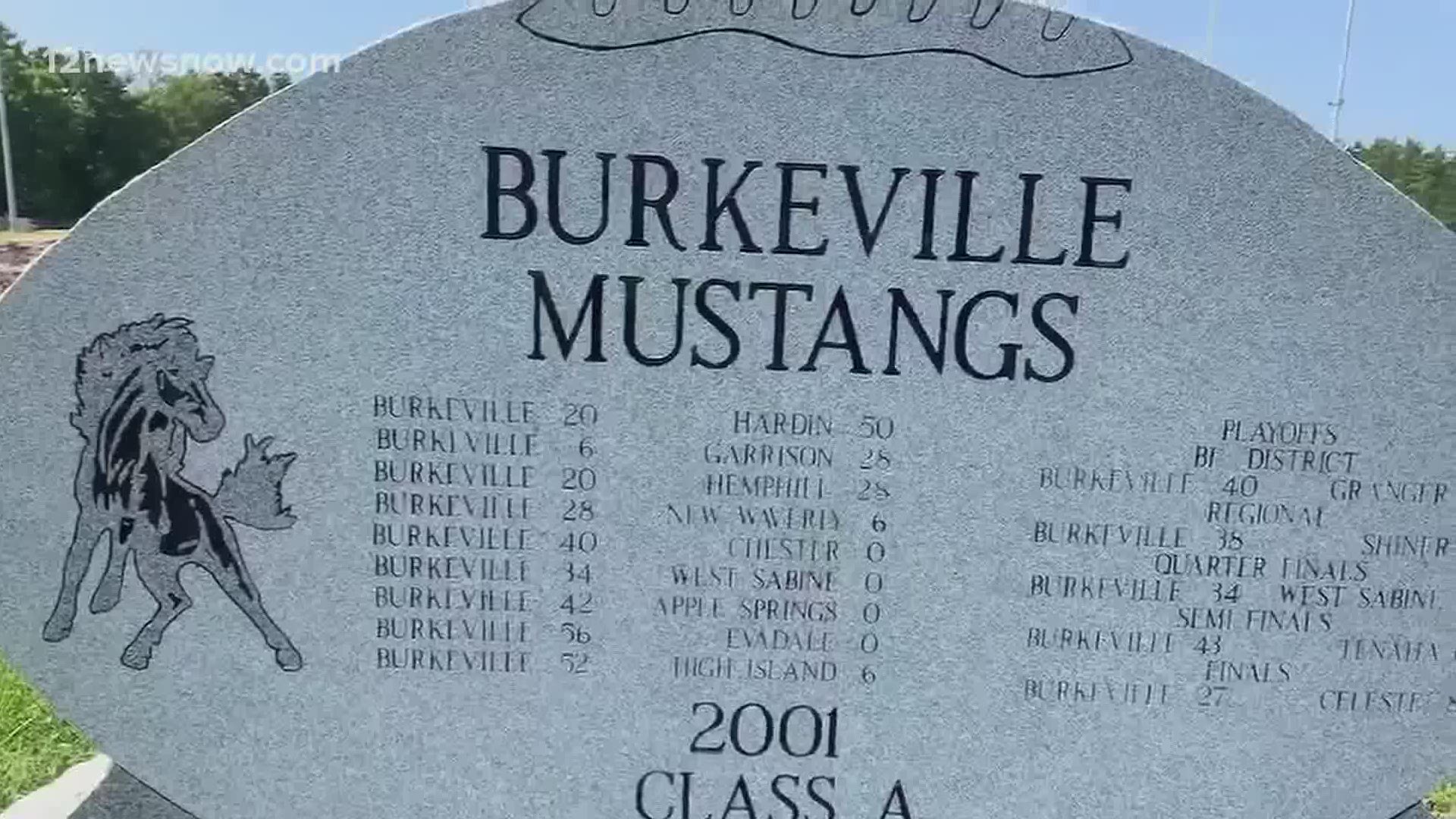 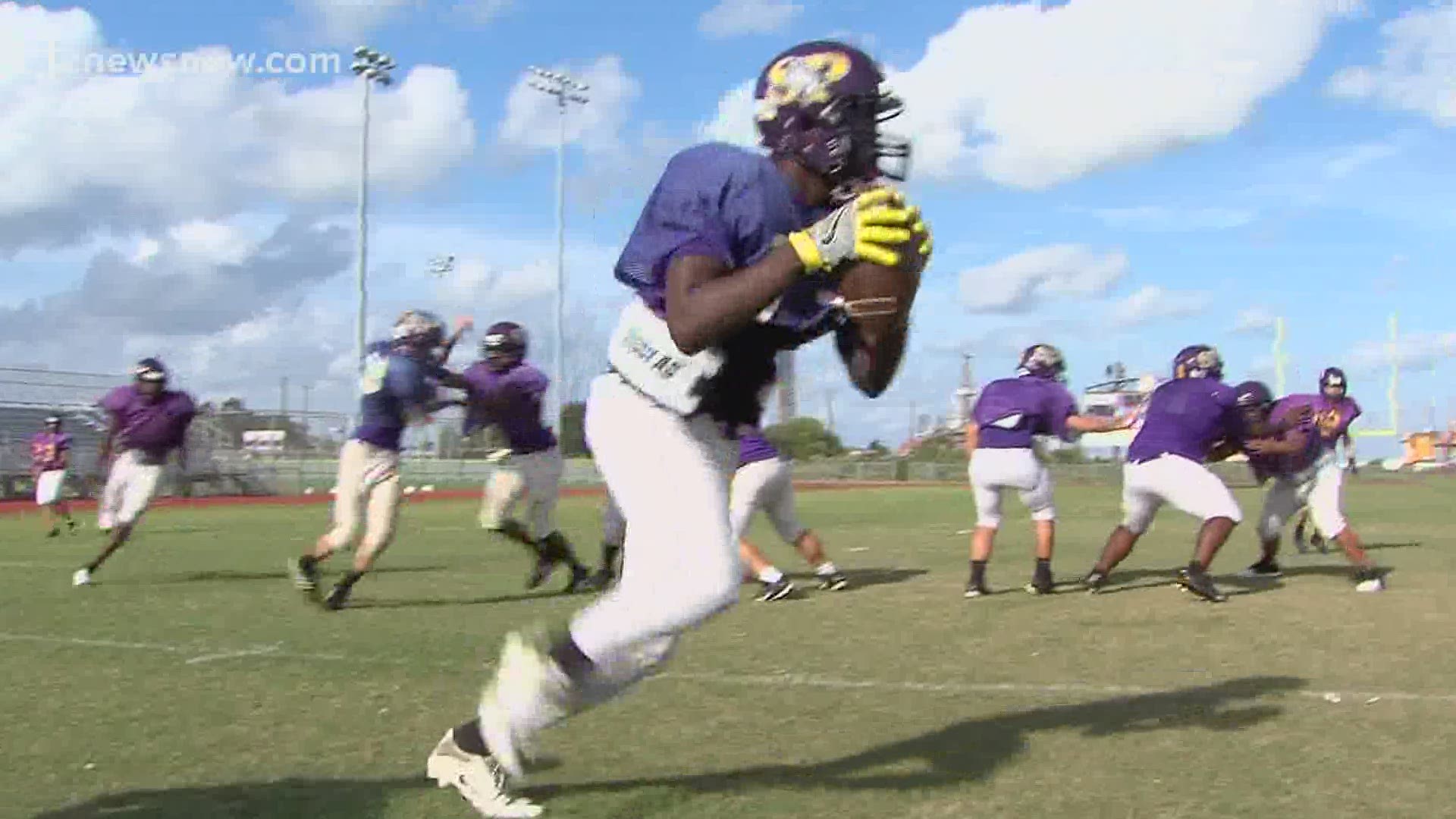