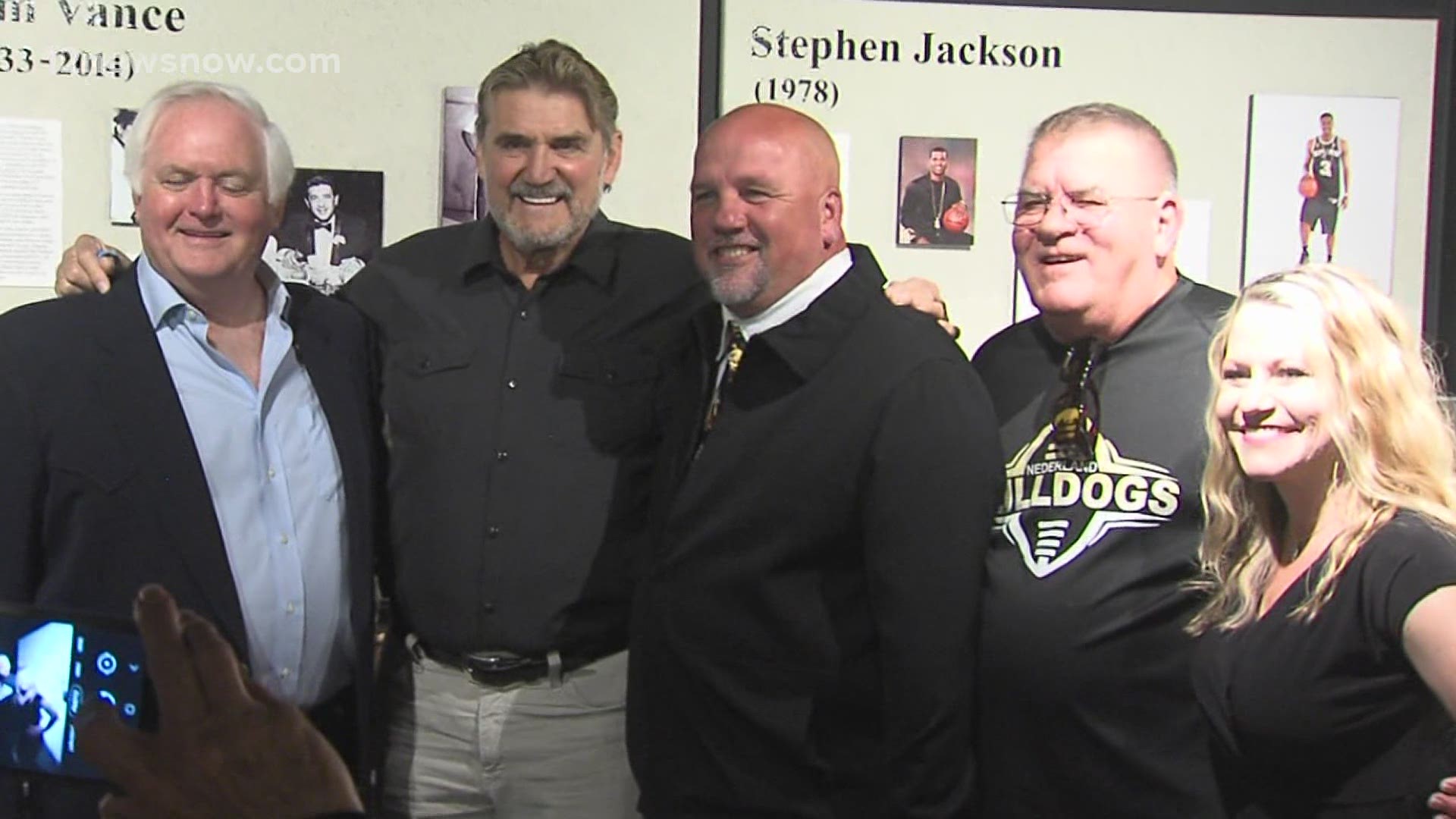 PORT ARTHUR, Texas — Nederland's Monte Barrow was award a special ring Monday afternoon at the Museum of The Gulf Coast after being voted by a panel of Southeast Texas sports media as the winner of the second annual National Football Foundation Bum Phillips Golden Triangle Coach of the Year Award.

Barrow led the Bulldogs to a 9-3 record, a District 21-5A co-championship and a spot in the regional semifinal round of the playoffs for the first time since 2012. Silsbee’s Randy Smith won the inaugural award in 2020.

Barrow received a ring crafted by Lee Briggs of Balfour along the lines of the Bum Phillips trophy presented annually to the winner of the Nederland-Port Neches-Groves game. Bum’s son, Wade Phillips was on hand to present the award along with former Houston Oilers quarterback Dan Pastorini.

"The significance to me is for our school, ur program, our coaching staff. If I did anything great it was surrounding myself with great people. I think that's important in anything you do. Whether it's your family, your work, your friends that's going to take you a long way and we had a great group of players this year. Especially our senior class love the game of football. It's exciting, it's refreshing to see when kids love the game of football and show up everyday  to prepare to win and they did that this past season."

For Phillips seeing another token to honor his father is special.

"This is a special award obviously for me and my family in my dad's name to give it to an outstanding coach in this area. It's quite an honor for Monte Barrow and he did a great job. We're proud of him because he's carrying on our family name really."

The National Football Foundation is in its second year in the Golden Triangle. Other Texas NFF chapters are located in Houston, Dallas, Austin and Lubbock. Nationwide there are 120 NFF chapters in 47 states, with a total membership of over 12,000.

Among the missions of the NFF is operating the College Football Hall of Fame in Atlanta and presenting scholarships and coaching awards throughout each chapter across the United States. Archie Manning is the current NFF Chairman of the Board.