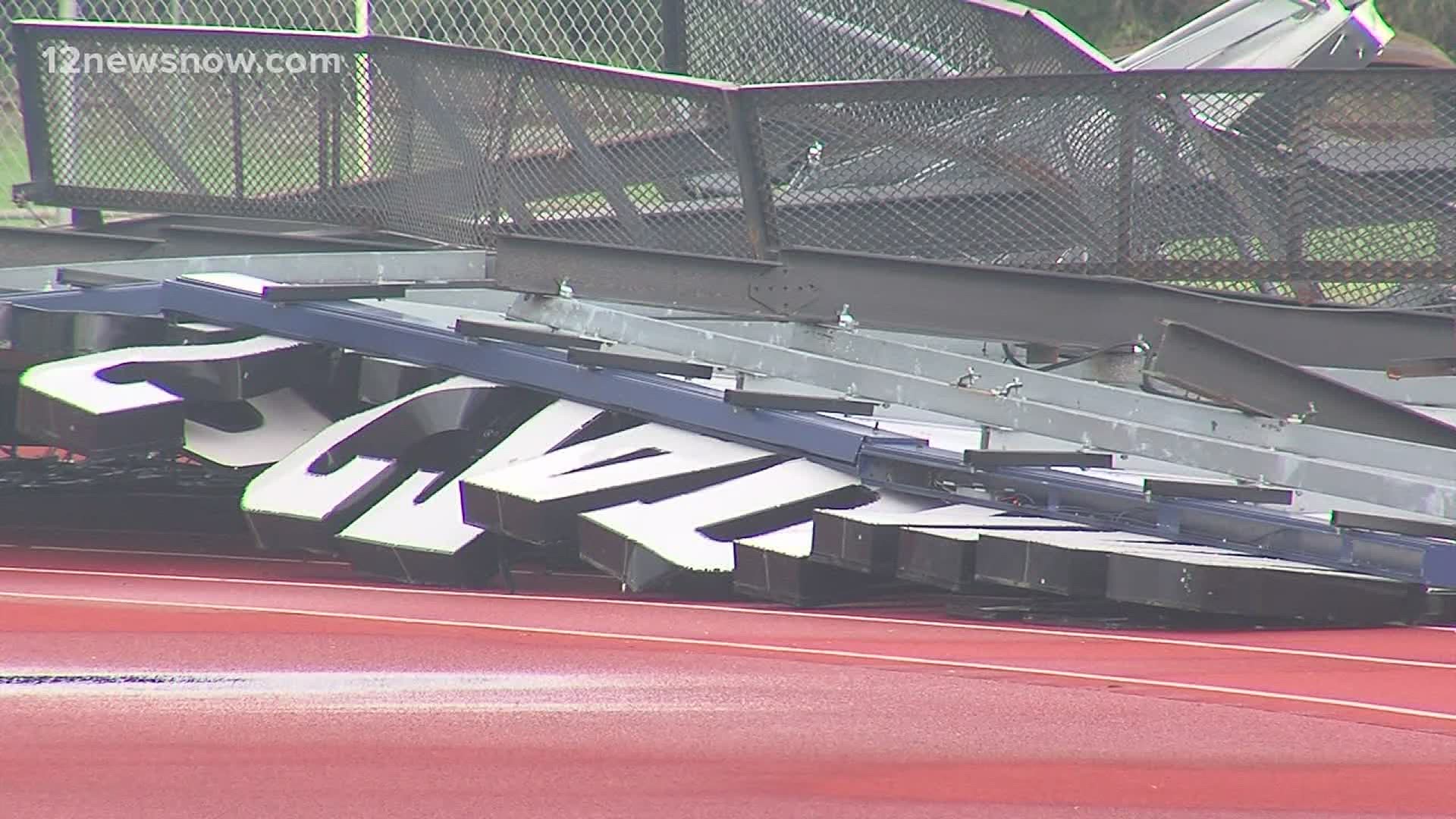 As expected most damage occurred at baseball and softball diamonds, with fences being torn to shreds by Laura's winds.

Over at Port Neches-Groves both the softball and baseball fields will need new repairs, as the hurricane fences were basically peeled off the posts.

The same thing was seen to a lesser extent at Bridge City's softball field.

Football stadiums look to be in pretty good shape for the most part, but at West Orange-Stark's Dan R. Hooks Stadium the massive video board that was just installed last year is now a pile of rubble.

The goal posts will likely need to be replaced, and you could even find metal from the campus across the street.

Ronnie Anderson Park at West Orange-Stark also had damage to the grandstand's overhang.

Down the road at Little Cypress-Mauriceville the softball field's metal fence is scattered everywhere, along with a few softballs. Metal from the fence was also across the street.

Don Gibbens Field looks better, but wasn't without it's own issues with the home dugout's roof collapsing.

There is also a large pine tree resting on the scoreboard after it was snapped during the hurricane.

No major damage was seen at Orangefield, but Community Christian's Stewart Field wasn't so lucky.

The field's scoreboard is a loss, with the goalposts bent.

The home stands are alos sitting on the playing field after being tossed during Laura.