409Sports Two-A-Days: Legacy Christian is making the transition to 6-man football in 2021 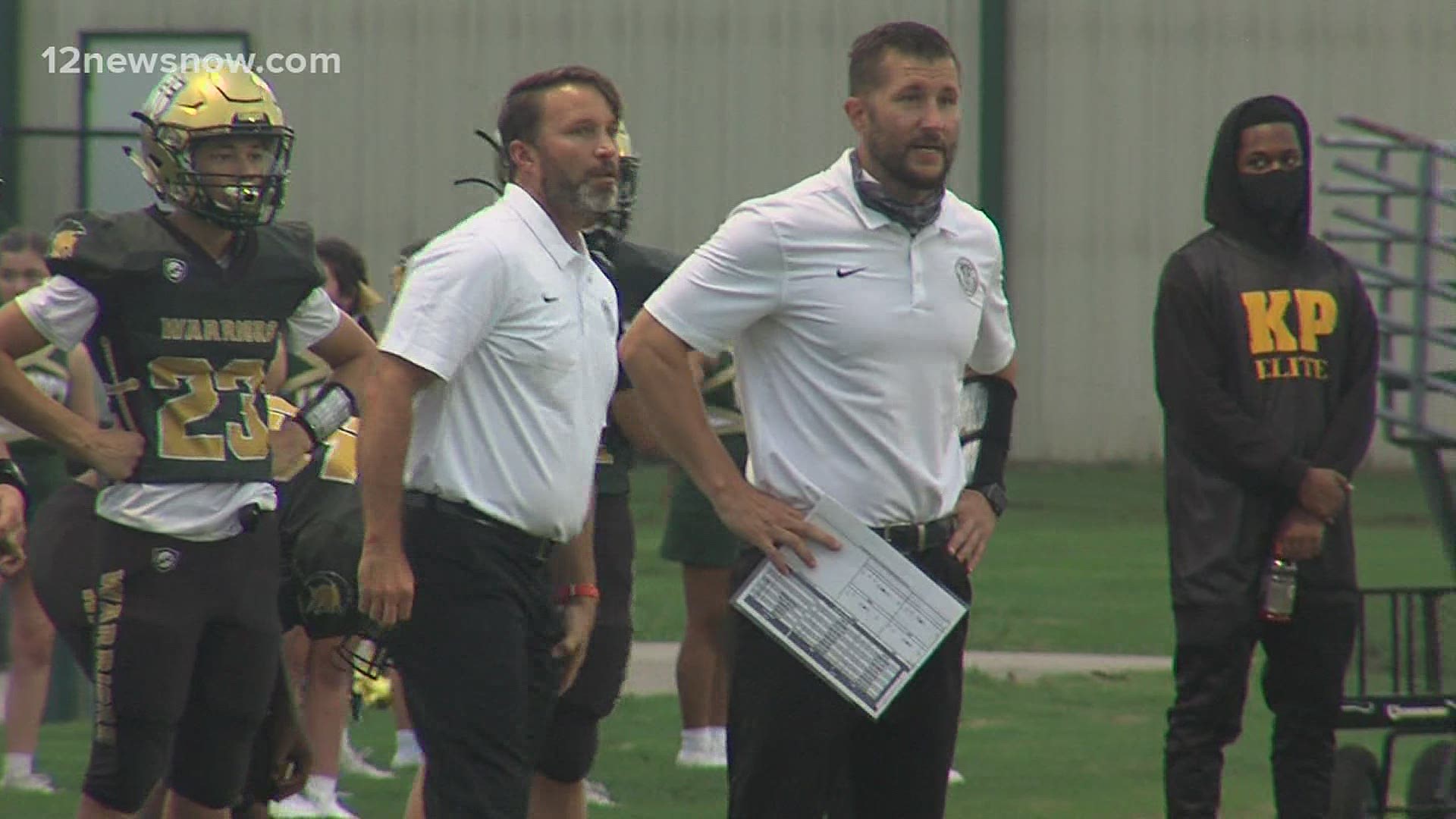 BEAUMONT, Texas — For the second straight-season Legacy Christian is dealing with some major changes.

Last year Mitchell Stephens took over the Warriors football program while navigating through a global pandemic.

This year LCA is making the transition to 6-man football after battling with number issues.

For coach Stephens the offseason has been spent learning a completely different game.

"I have no background in it so I'm doing a lot of research. A really good resource at high island, they just came up. So I went down there and spend some time with him. I've done zoom calls, one of my high school coaches had some experience in it so I'm doing everything that I can. There's not as much on YouTube as 11-man, but I feel like I've watched every video on YouTube."

The Warriors have lost some key players from last year's team that went two and five, but the returning cast has a chance to do something big.

"We've got a good group of kids that really fit the 6-man mold. We're graduating our big linemen, had another lineman move away so we don't have the linemen kids to play 11-man so 6-man I think is really good. We got a tradition in basketball and I keep being told it's like basketball on turf and so we're going to try and take that mentality and roll with it."

Legacy's strength will be in the skill positions, which equals a great advantage in 6-man.

"Kennedy Andrews he was an honorable mention all-state receiver last year in 11-man. I think he's going to be unbelievable. RJ Jackson is really coming into himself as an athlete and Alex Tu has had a really good offseason. Baryn Wilson was second team all-district defensive player for us, he's going to be really good. Like I said all these guys are skill guys that are going to be kind of in their element this year so it will be really good for us."

The Warriors will open the season at home on August 27th against Faith Academy out of Victoria.