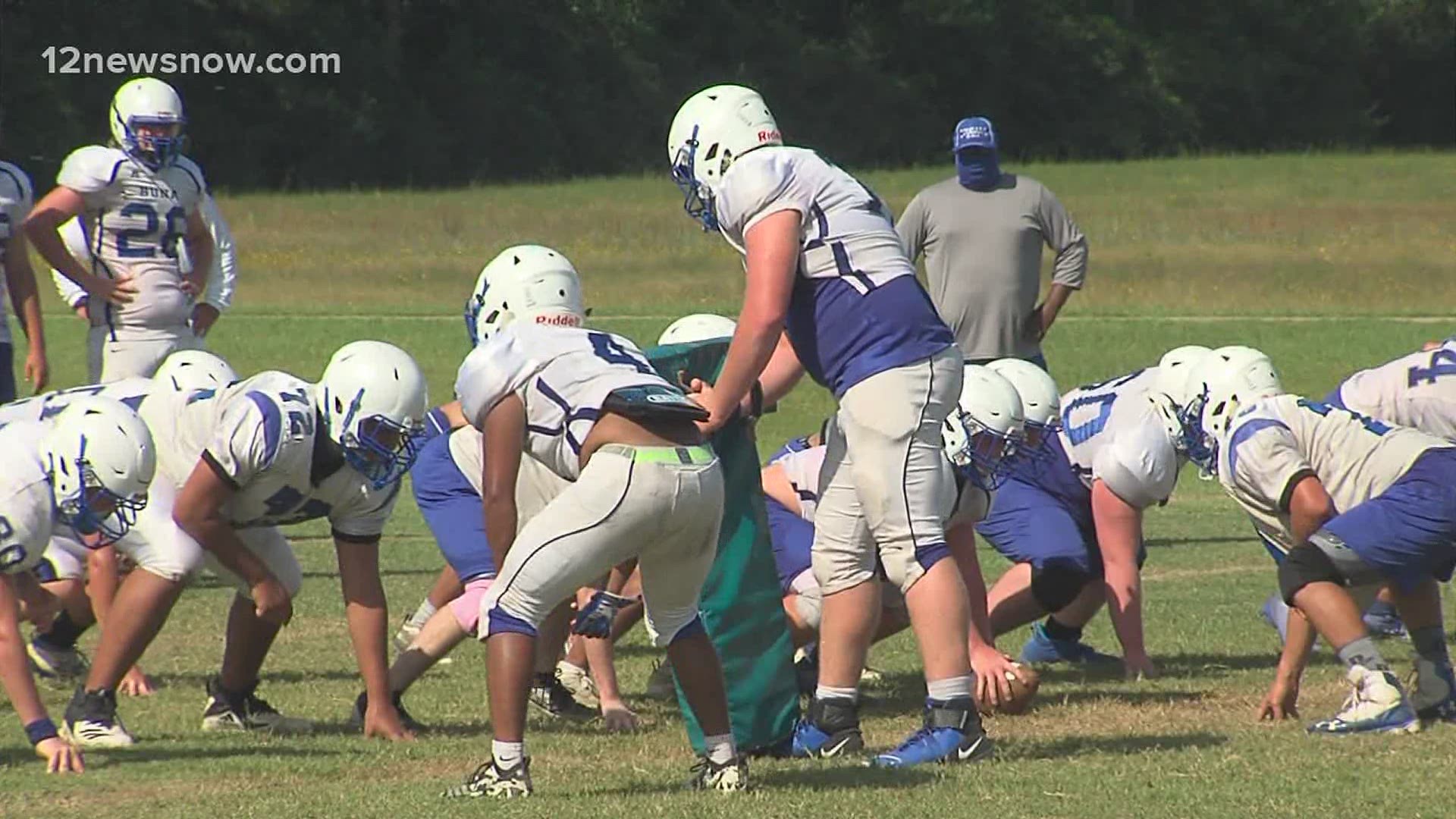 BUNA, Texas — Buna is a football program that can be overlooked sometimes, but that should be changing with the Cougars on their most successful run in program history.

From 2014 to 2019 Buna has advanced to the playoffs six times, picking up a pair of playoff wins.

While the cougars will be missing a few players due to COVID concerns, there is still plenty of potential according to Coach Bradley Morgan

"We've had a couple kids that didn't show up, they're going to do virtual learning. But we also had some that have not played in the last couple years, a couple of basketball, three or four basketball kids came back out. They're very athletic. I think they're going to help us do some things. We're kind of a run football team. We have Jake Menard who's coming back as a thousand yard rusher from last year. He's back. So I mean we knew that we can still run the football, but we have a couple of kids like I say that have an athletic ability that can run and catch a little bit and I think that's what' gonna help us offensively."

"Graffagino our quarterback. You know we lost our starting quarterback Peyton Leon last year early in the season and he stepped up as a sophomore and he improved I thought weekly. And right now he throws as well as any quarterback that we've had."

The Cougars are scheduled to open the season August 28th at Bridge City.