Beaumont United teacher has special connection to the birth of basketball 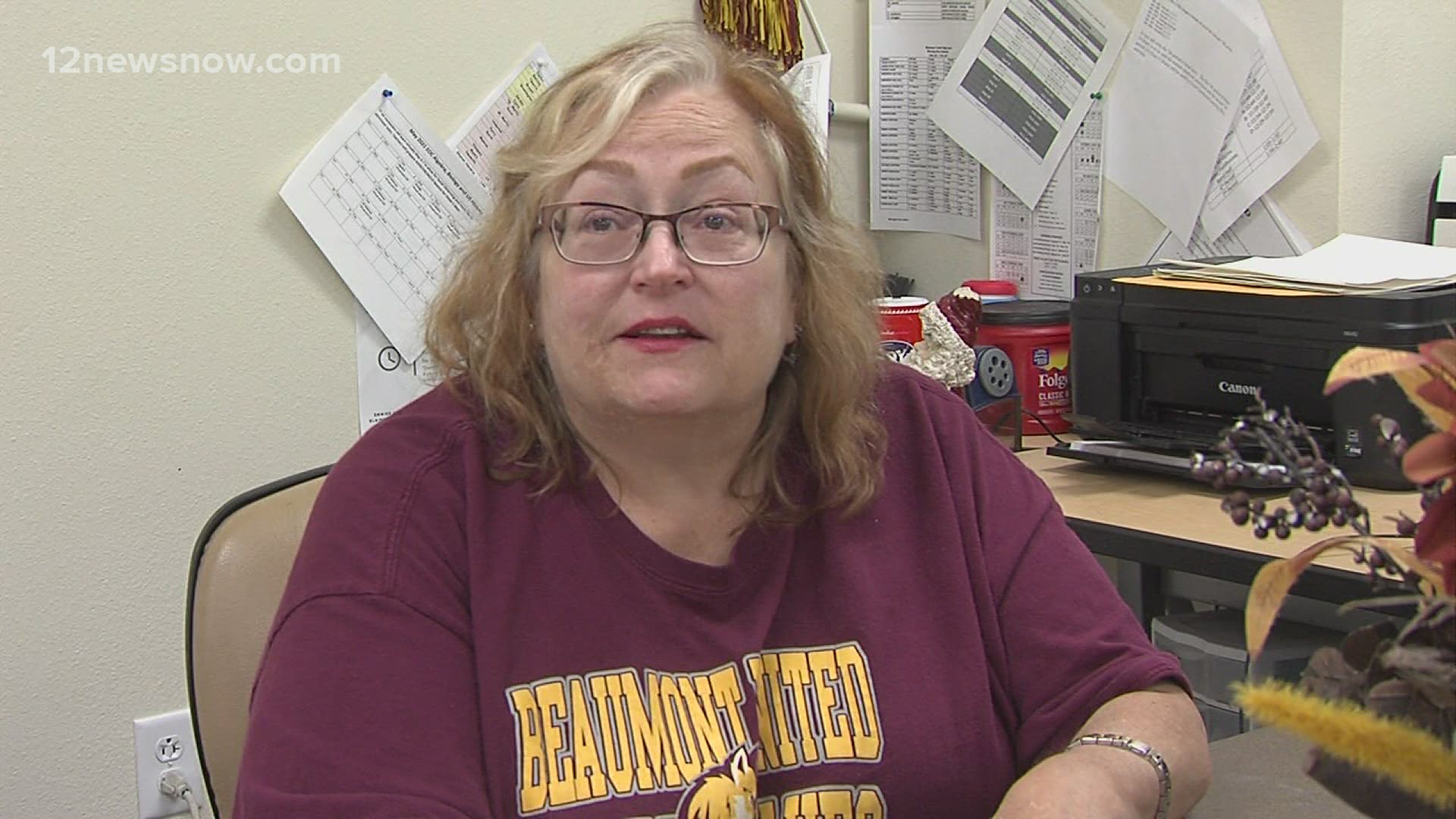 BEAUMONT, Texas — When watching modern day basketball it's hard to believe it all started with two peach baskets and a soccer ball, but that simple concept by James Naismith has turned into a global game.

Naismith wanted to create an indoor sport that could be played during the winter months, that part of the story you might already know.

What you probably don't know is the Naismith name has been altered in some areas over the years like many names have. One variation is Nesmith.

At Beaumont United you will find one of James Naismith's descendants teaching art.

Marsie Nesmith makes it clear that her family was very aware of their history.

"The Scots have always had interesting games using balls and sticks and other things too. I don't know how to explain it anymore than that particular ancestor was very involved in physical fitness, James Naismith was, and really wanted something for the people, for the masses during the winter months when it was too cold to get outside for baseball or football or any of the other games that were popular at the time.

Nesmith's father Tilden was very active in sports here in Southeast Texas and was featured when the game of basketball turned 100 years old back in 1992.

Fast forward to March of this year when Marsie watched her students play for the 5a State Championship.

Nesmith's emotions couldn't be held back when Terrance Arceneaux hit the game-winning shot in front of thousands as the clock expired.

"I cried. I yelled. I was so excited for the kids, for the school. For knowing what this means as this school is a combination of two schools brought together. And knowing how hard they have worked to get to this point and how this success will impact them forever."