Hawks roll into Bi-District round with win over Longhorns 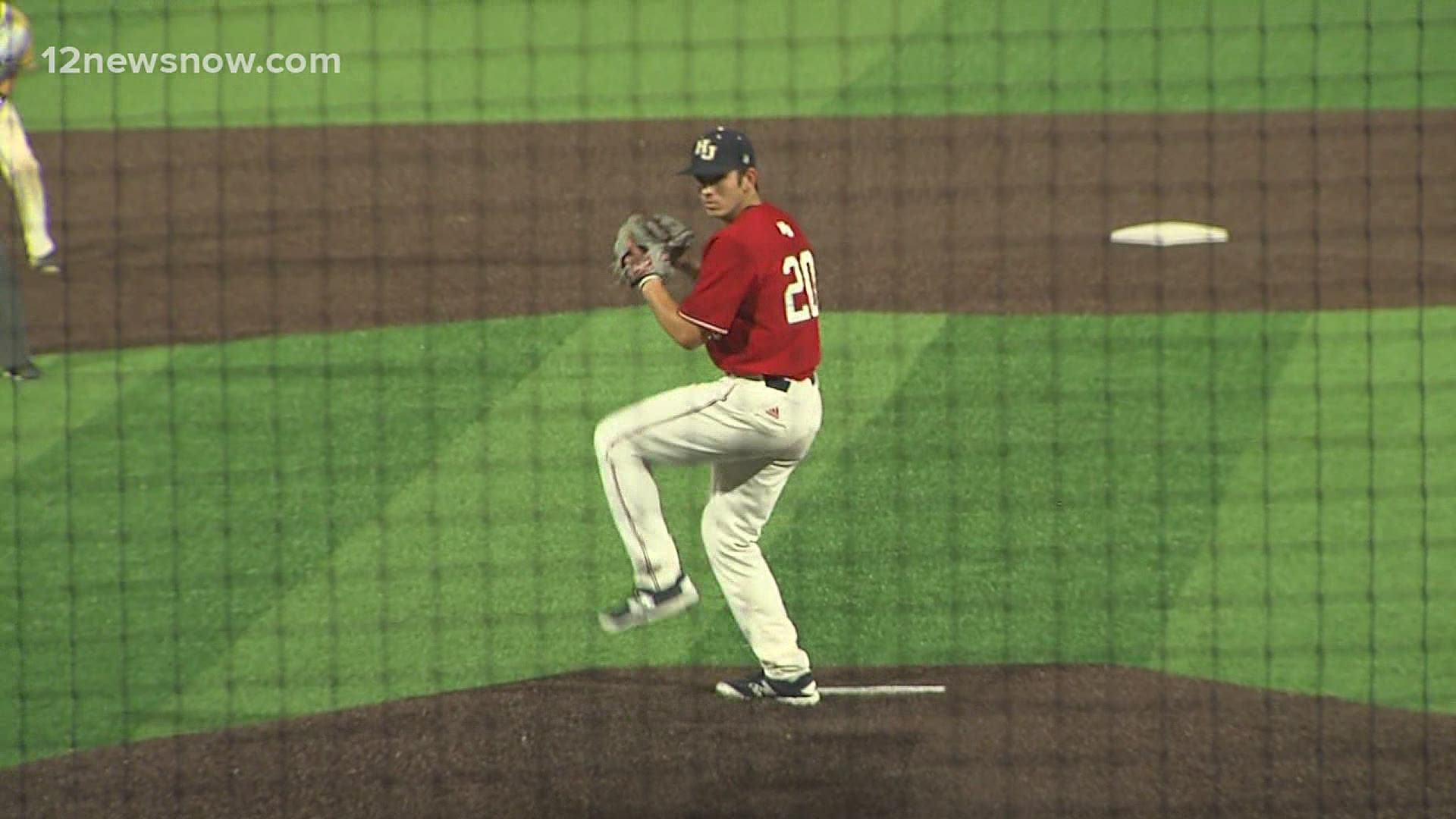 ANAHUAC, Texas — With the UIL high school baseball playoffs set to start later this week, there was some unfinished business in District 21-4A.

After twelve district tilts Hardin-Jefferson and twenty-third ranked Hamshire-Fannett were tied on top of the standings with (10-2) records.

While the Hawks and Longhorns will officially share the district title, the teams met Tuesday night in Anahuac to decide which team would advance to the Bi-District as the number one seed out of 21-4A.

The teams split their regular season meetings with HJ rolling to a 12-2 win in the first matchup, while Hamshire-Fannett edged the Hawks 6-5 in the second round.

This time HJ would pull away again for a lopsided win, 10-1.

While the score looks like a blowout, the Longhorns had multiple opportunities for big innings only to see the Hawks defense shut the door over and over.

The victory for Hardin-Jefferson sets up a three game series against Little Cypress-Mauriceville. The teams will open the series at HJ Thursday night at 7 pm with the series shifting the LCM Friday night. Details of a third game if needed are still being worked out.

Hamshire-Fannett will try to bounce back in a one game winner take all showdown against Bridge City. Details of the matchup were still being worked out Tuesday night.