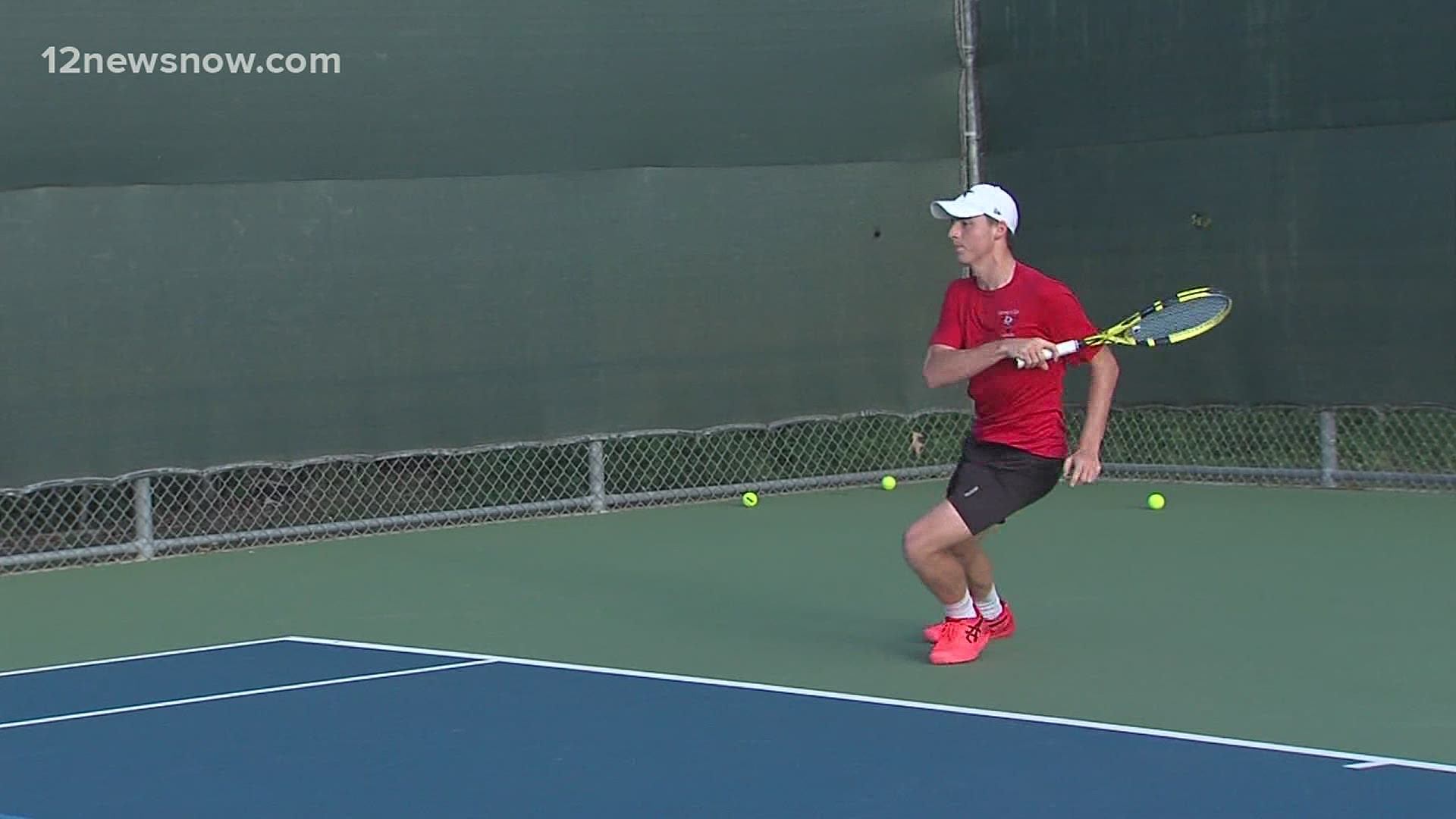 DEWEYVILLE, Texas — As an athlete your senior year is special, you want to go out with a bang. Deweyville's James Menard is doing that and then some.

He would follow that up by helping Deweyville capture their first district title in basketball in 20 years while also being named district MVP.

Now he's headed to San Antonio to compete for the 2A Tennis State Championship.

"It's definitely been an amazing senior year. I'm blessed you know. It's been a great year, just a great group of guys around me and we've been able to do so many things in the team sports. Hopefully I can get that one more accomplishment at state, winning it all is the goal. So if I can do that you know that would just top the year off. "

"You know I've been there before twice, winning two State Championships with my partner back at Community. But it's just the atmosphere, I got to be able to soak it in and perform in the moment. You know I've trained and put in the work and the practice time so it just comes down to doing what I've practiced and just executing."

So what would it mean to win a UIL title after taking home the gold twice in TAPPS?

"I mean that's pretty cool. I don't know how many people have a TAPPS and a UIL championship, so that would be a dream come true. A doubles and singles. It would mean a lot for myself, I think the most. Proving to myself that I can make the transition from TAPPS to UIL and prove myself as an athlete and my abilities."