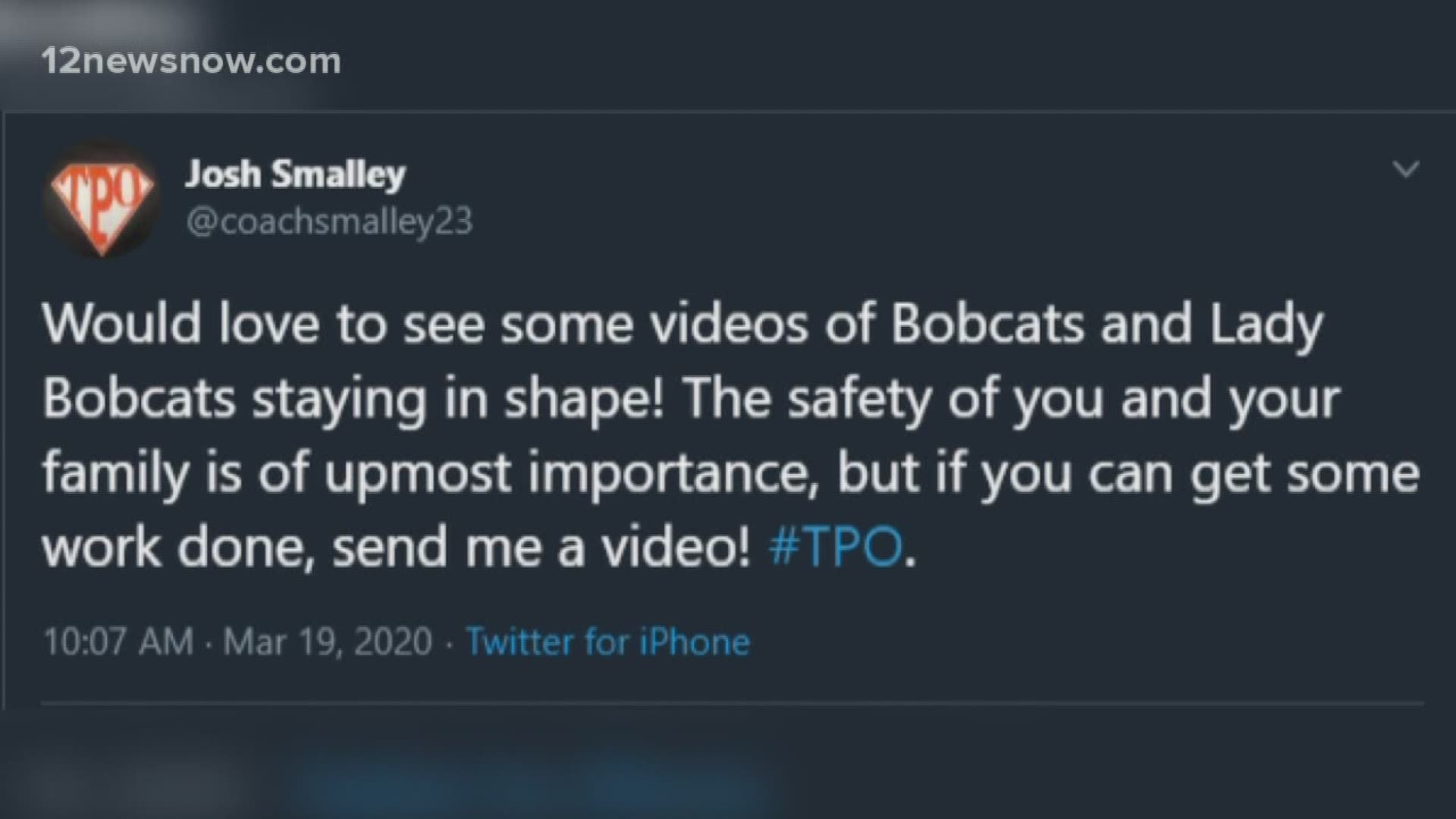 ORANGEFIELD, Texas — We are now entering uncharted waters in the sports world. Yesterday the University Interscholastic League made an announcement that contests and games cannot resume until May 4th. Now coaches are heading to social media to keep their teams in shape.

Orangefield Athletic Director/Head Football Coach Josh Smalley is doing just that. "We're just encouraging them if they can do something. If they can get out of the house a little bit, or maybe even in the house to do something. Stay active, stay physical. You know a lot of the football guys have been going through offseason since December, November, January and you would sure hate to lose some of that stuff over the next month or so."

Some area coaches, including Smalley are even taking part in these workouts.

"Yeah I tried the leg workout yesterday and I did it, I made it through barely. Thought I was gong to pass away. But my legs are hurting this morning, it was a little tough for me to get out of bed, but I did do it. I did the upper body workout today. So I'm two for two. I'm old, I'm feeling my age, I'm sore, but I am doing it with them. You know I told them all on twitter we're in this together and I'll do this with them and so I'm living up to my word on that."

As for the kids, especially the seniors, Coach Smalley understands how tough this is.

"I'd be devastated if this would happen to me my senior year, not being able to play out my senior year. So it is heartbreaking. Luckily the UIL is still committed to trying to finish the spring sports, which is good news. So as long as they keep saying they're committed to finishing them, we're going to keep positive hope going and keep encouraging them. But it's tough to see the kids going through what they're going through right now."