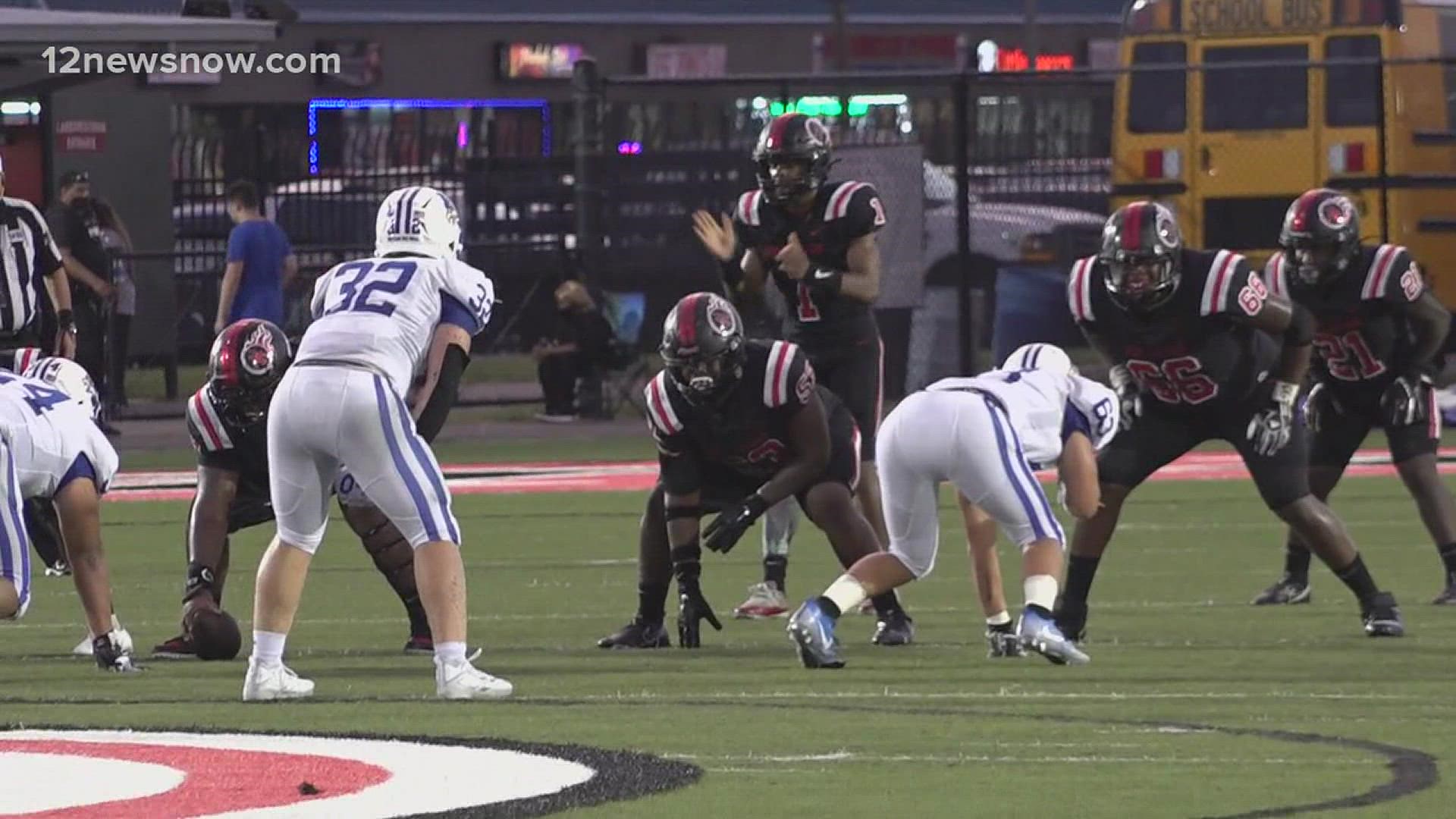 PORT ARTHUR, Texas — On Friday night Port Arthur Memorial senior quarterback Jah'Mar Sanders did just about everything. Racking up over 600 yards offense while passing for four touchdowns and rushing for a pair.

Today Sanders received a scholarship offer from Lamar University, was named the Class 5A Built Ford Tough Player of The Week and he is also our 409sports Athlete of The Week.

Still Sanders is taking it all in stride.

"I'm feeling normal you know. I've been underrated so I still  have a lot to prove it's only been two games."

Coach Brian Morgan says they try not to take his play for granted.

"We try not to expect it, but we know when things happen he's a really talented kid. We know that. We're fortunate enough to see it every day so sometimes it's maybe it's not as a shock cause he runs away from our guys every day too. But I think everybody in the program is really behind him and they understand that's the quarterback and they're really behind that guy. So when he gets things going you can just see the rest of the team fuel around him."

The Titan signal caller was already known for being a gamebreaker outside the pocket, but this offseason his focus was on something else.

Coach Morgan is even more impress with his quarterback's mentality.

"You know the biggest thing about him is he wants the ball in his hands when the game is on the line. You know he told me that. You know he said give me the ball. So that's fun to have a guy that's got that attitude."