This season for Gerrit Cole passed up one of Nolan Ryan's seasons when it comes to strikeouts. 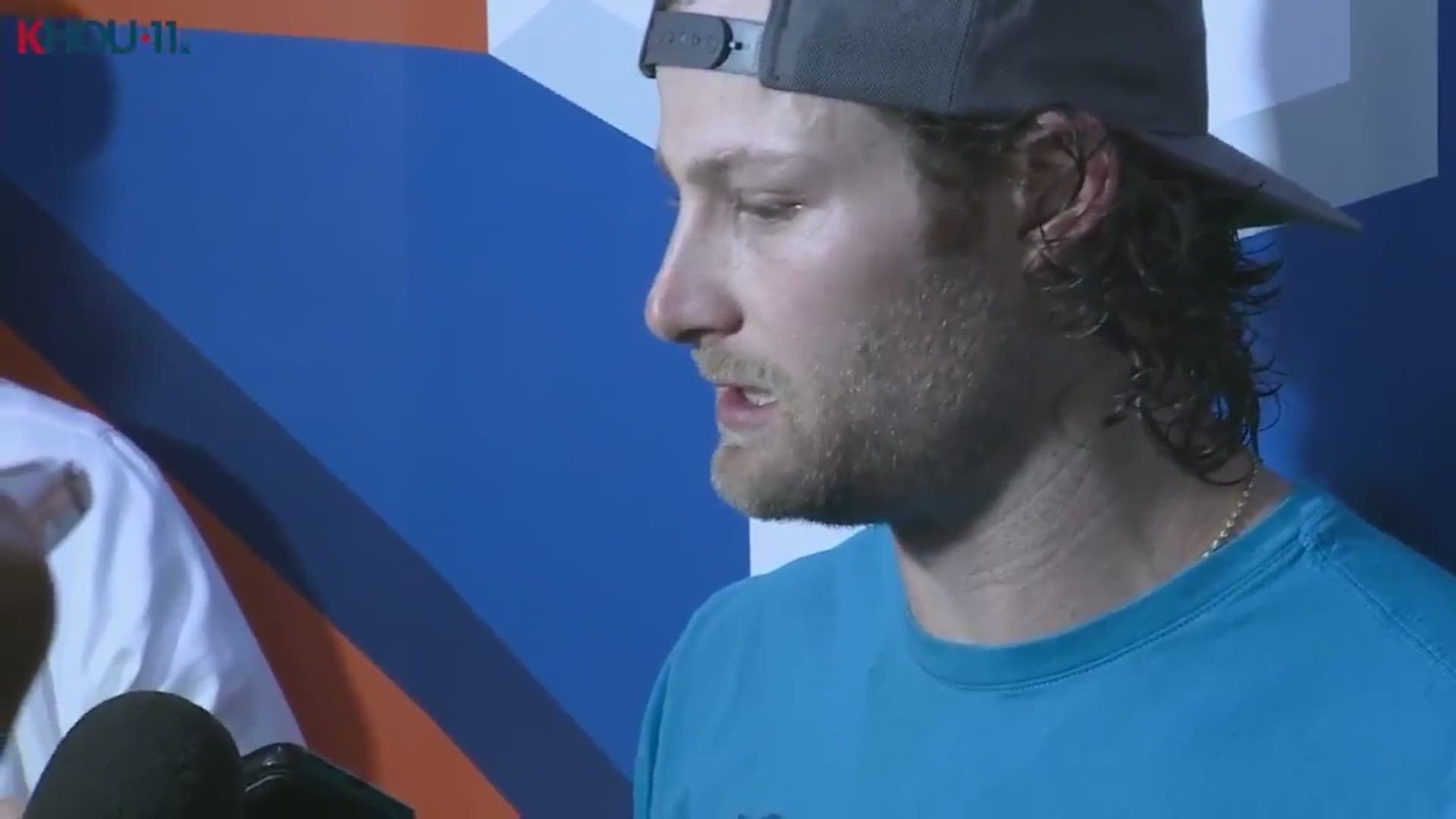 WASHINGTON, D.C., USA — We know he’s been dominant this season, but Gerrit Cole of the Houston Astros is moving up the list of pitchers with the most strikeouts in a single season in the ‘live ball’ era.  Tonight, he passed up another Texas legend -- Nolan Ryan.

Editor's note: Video above is from after Game 1 when Cole lost to the Nationals.

Cole entered Sunday's game with 364 strikeouts if you combine the regular season and postseason.  He's added nine so far tonight, which gives him 373, putting him ahead of Nolan Ryan,who had 367 strikeouts in 1974. He falls 2 short of Randy Johnson, who had 375 in 1999.

But Cole does now have the fifth most strikeouts during a regular season plus postseason. And he's in some pretty elite company.

RELATED: Bregman breaks out of slump with record-setting night

RELATED: What a moment: Fans, players at World Series stand up to cancer

Cole, who becomes a free agent once the season is over, is considered one of the Cy Young Award frontrunners, along with teammate Justin Verlander.

Sure would be nice to see him in an Astros uniform again next season!