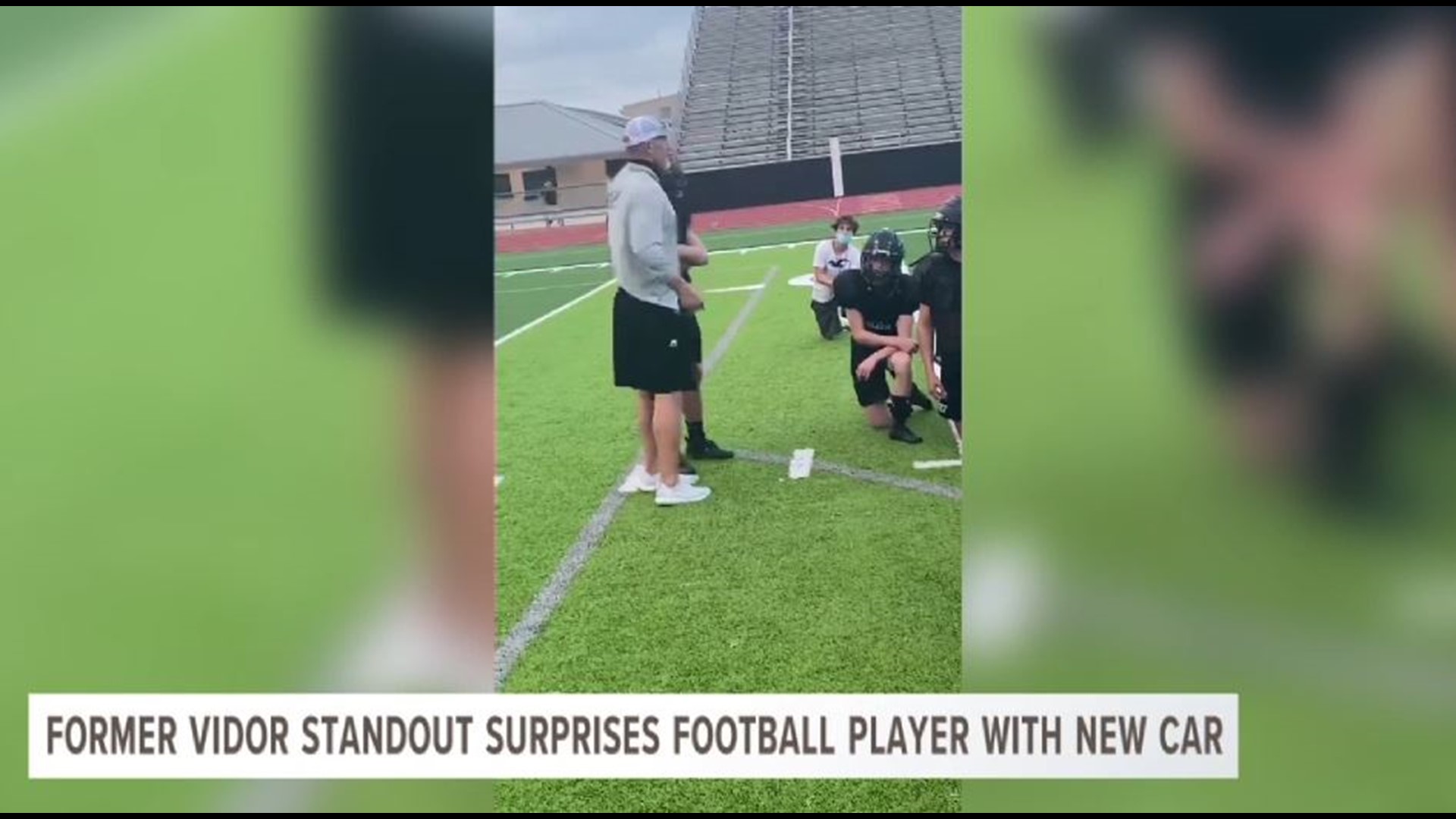 VIDOR, Texas — Just in time for the holidays, former Vidor football standout Joey Ciccio recently made a surprise play with Pirates head coach Jeff Mathews for one of their own in need.

After helping his team clinch a playoff spot on Friday night against Lumberton, Vidor defensive end Colby Smith was surprised with cheers and keys to a new car on Monday, thanks to Ciccio.

"My parents work hard and they just don't have a lot of money," Smith said. "I'm fortunate enough to have someone like Joey to do what he did. It shows there is still great people in the world."

Like Smith, Ciccio grew up less fortunate and was looking for someone in the program who would benefit from this the most but also give back to someone in the future.

"He [Smith] didn't believe it at first," Ciccio said. "I know how it is not having the stuff you need. It's very inconvenient."

Vidor head coach Jeff Mathews saw Ciccio struggles first hand and says he's never been more proud of Joey than when he found out he was going to do what he did.

"Joey overcame a lot in high school and when he was in need he found people that helped him," Mathews said. "He saw an opportunity to help Colby and he jumped right on it."

Mathews says Smith was awestruck when he received the car and that one day he'll have the opportunity to pay it forward also.

"It may be a kid maybe ten or fifteen years from now," Mathews said. "But when you find yourself in a position to help, remember this." 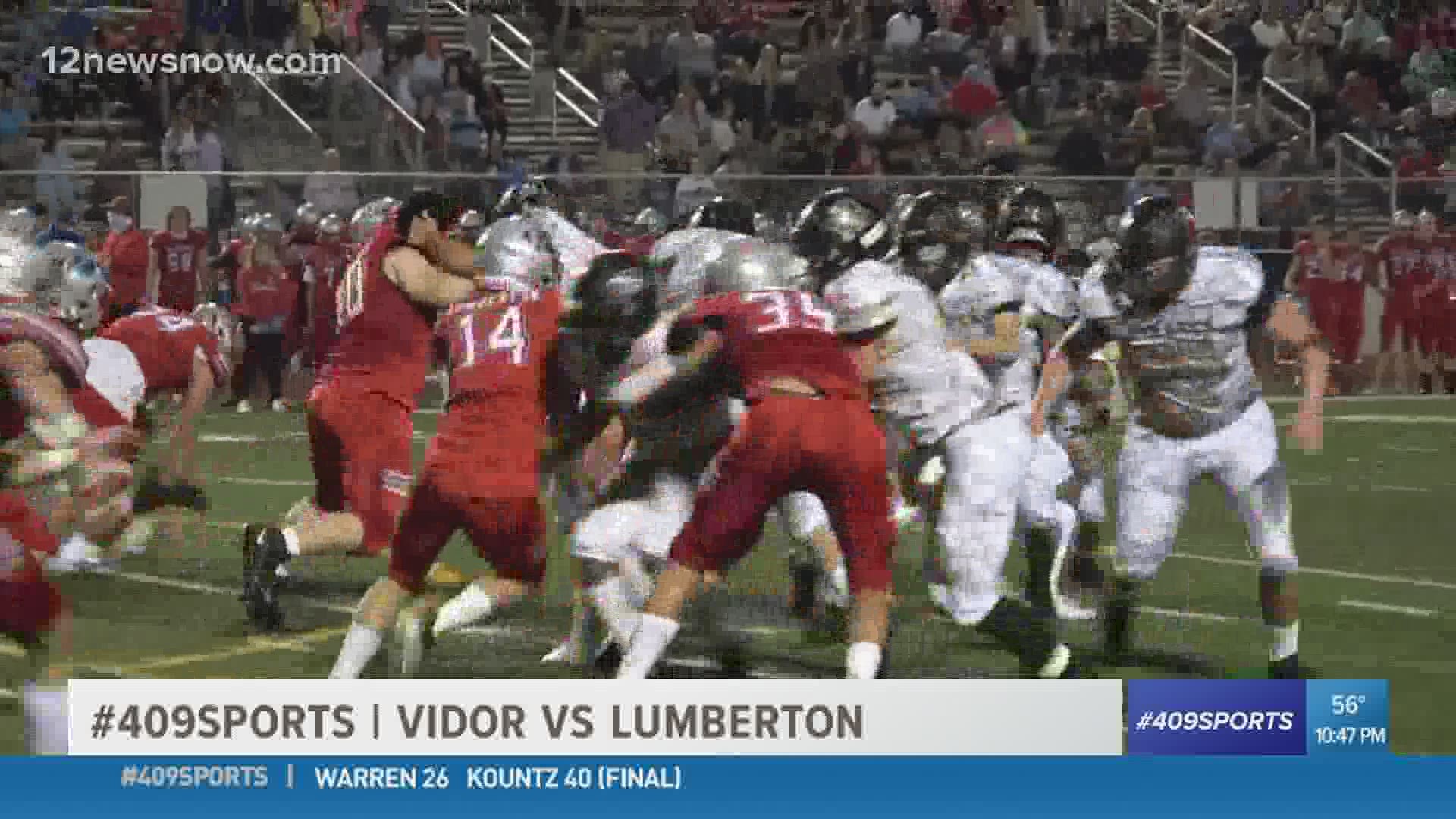