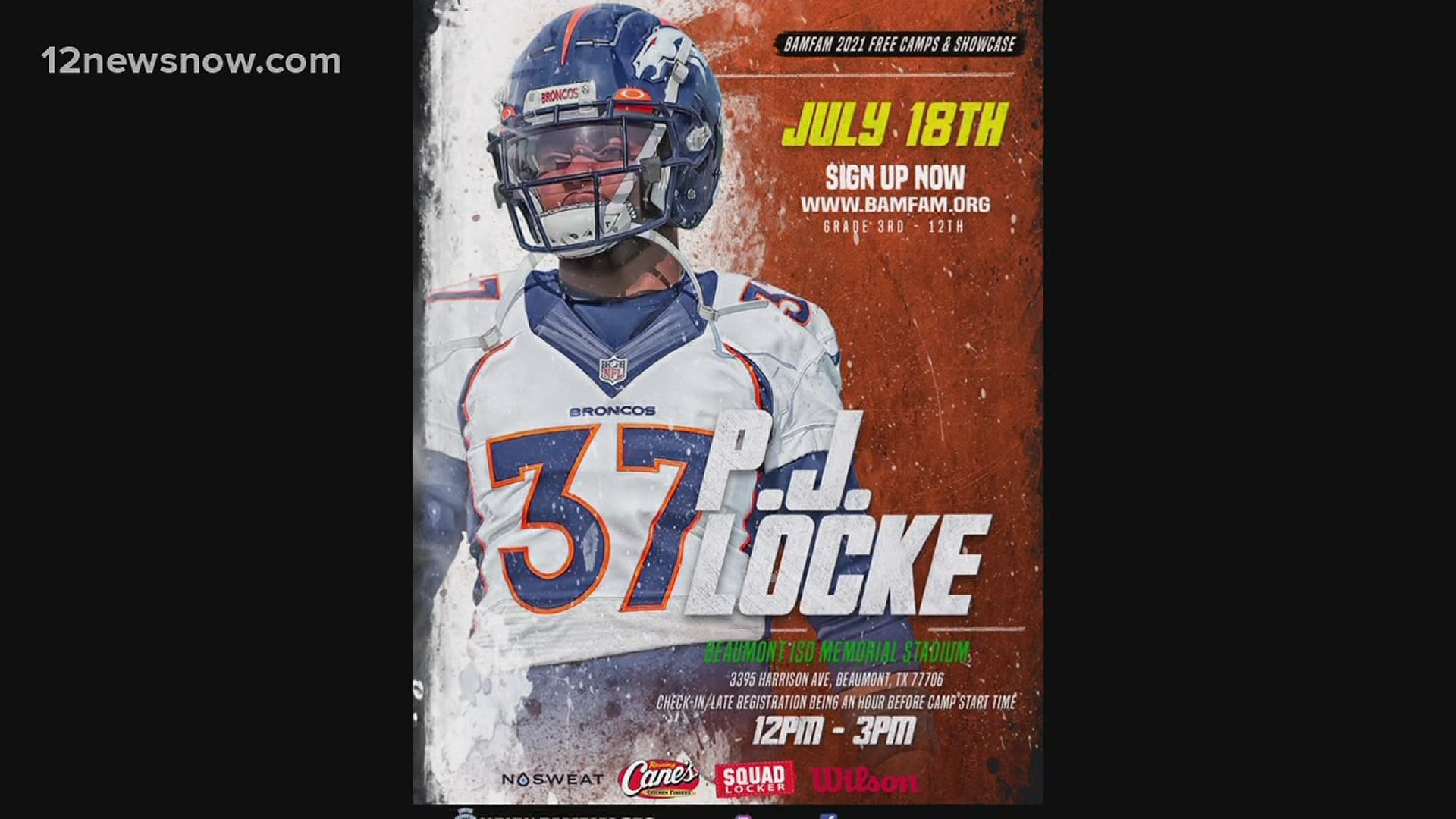 BEAUMONT, Texas — Southeast Texas is blessed with not only great athletes, but also great people that remember where they come from..

Another local is back in town to give back to the community that he was raised in.

The three hour camp gets started at noon, but check-in and late registration will actually get started at eleven.

The former Beaumont Central and University of Texas standout is looking forward to bringing NFL players and some of the top trainers in the area together this weekend.

"This will be the first annual camp of my Team Lockdown foundation and of course what other place can I do it but Beaumont? A place where I grew up. I just wish I had people like this, NFL wise when I was in high school to do camps like this. Cause I would have definitely attended, especially if it was free. My parents always told me when I get to the top never pull the ladder up. So I just wanted to give back as much as possible, try to make this a yearly things.

And while Locke isn't releasing what NFL players will show, he did give a hint.

BISD alumnus P.J. Locke will host a free camp and showcase at the Beaumont ISD Memorial Stadium on July 18. Sign your student up today at https://t.co/JLuADnFhMf pic.twitter.com/uFRQV07sxc