Only three teams remain from the 409 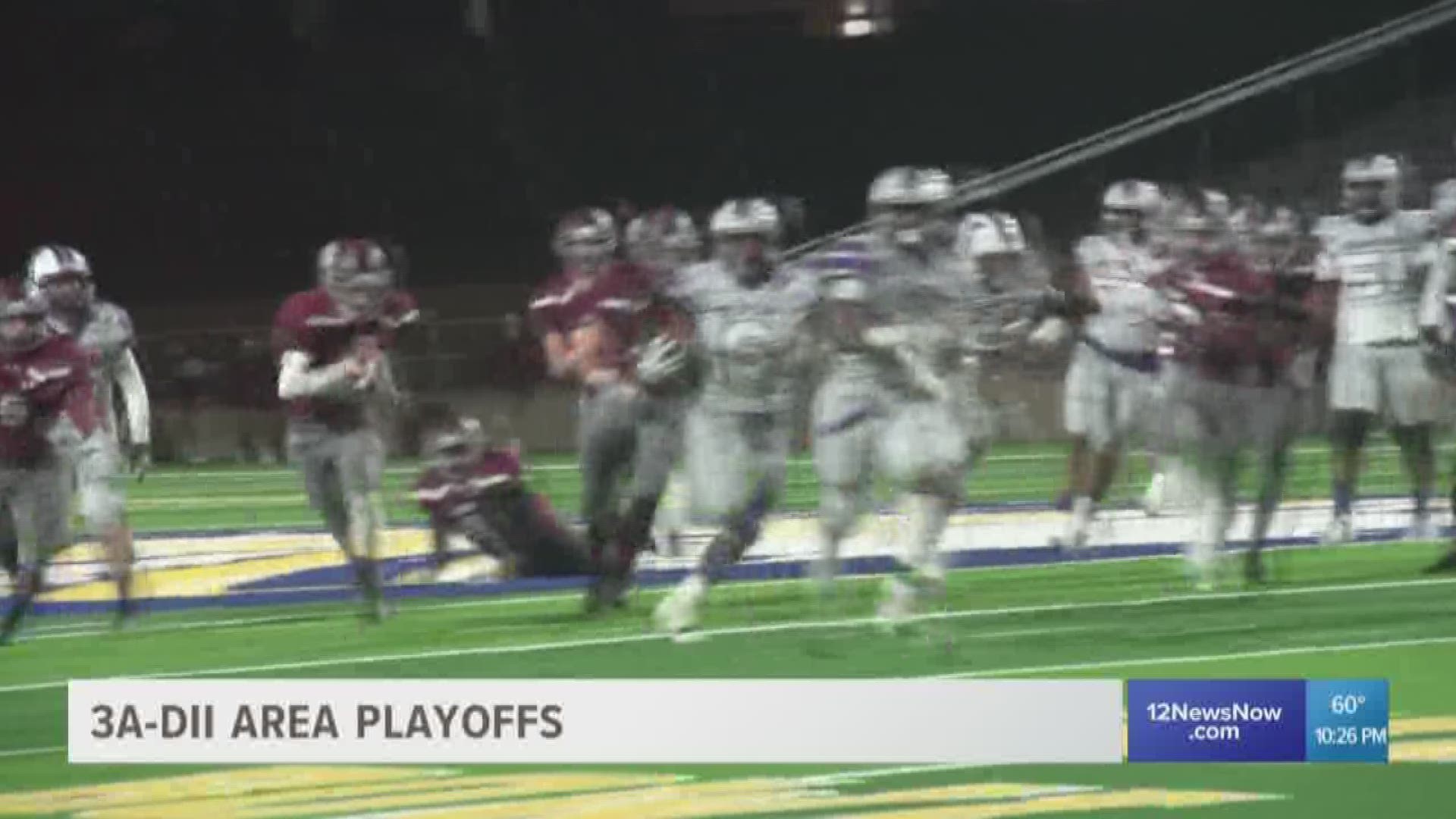 BEAUMONT, Texas — Last week was not kind to the 409, with six teams being eliminated in the Area Round of the playoffs. The bizarre night left just three teams left on the long road to State in Arlington.

In Class 4A both West Orange-Stark and Silsbee remain on a collision course for the State Quarterfinals, while two-time defending State Champion Newton is rolling once again.

Weekend anchor Mike Canizales gained another game on Sports Director Ashly Elam to cut the lead down to four games entering the Regional round of the playoffs.