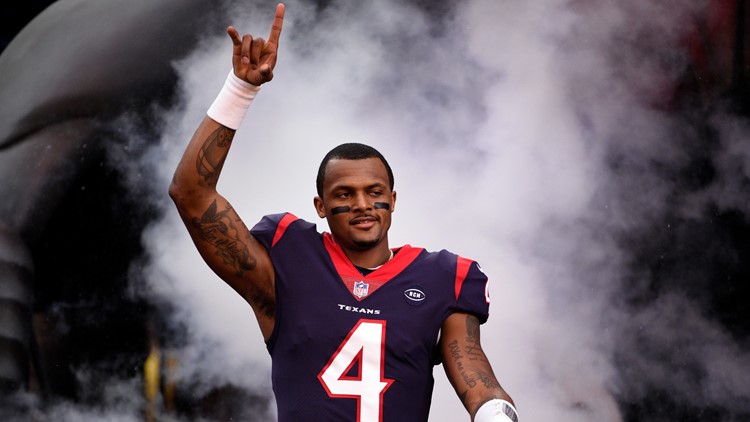 A three-minute video of Watson getting baptized in the Jordan River was posted to the Facebook page of America’s Voices in Israel. The group’s Instagram page also has pictures of Watson and quarterback coach Quincy Avery, who joined him on the trip.

According to their website, America’s Voices in Israel is a program that organizes week-long trips to Israel for celebrities. “Their positive stories about Israel counter distortions and misrepresentations about the Jewish State, which often are reported in the media. Millions have read Facebook, Twitter, and Instagram posts from our influential guests, both during and after their visits to Israel,” a statement on their website reads.

Watson is entering his third season as the quarterback of the Houston Texans. After missing much of his rookie season with an injury, he led the Texans to an 11-5 record and a playoff appearance in 2018. He was named to the Pro Bowl after throwing for 4,165 yards and 26 touchdowns last season.

'Forrest Gump' celebrates its 25th anniversary at a theatre near you