The Cardinals will be back in action Saturday, Dec. 7, when they return home to host Rice. The game against the Owls will tip off at 2 p.m. 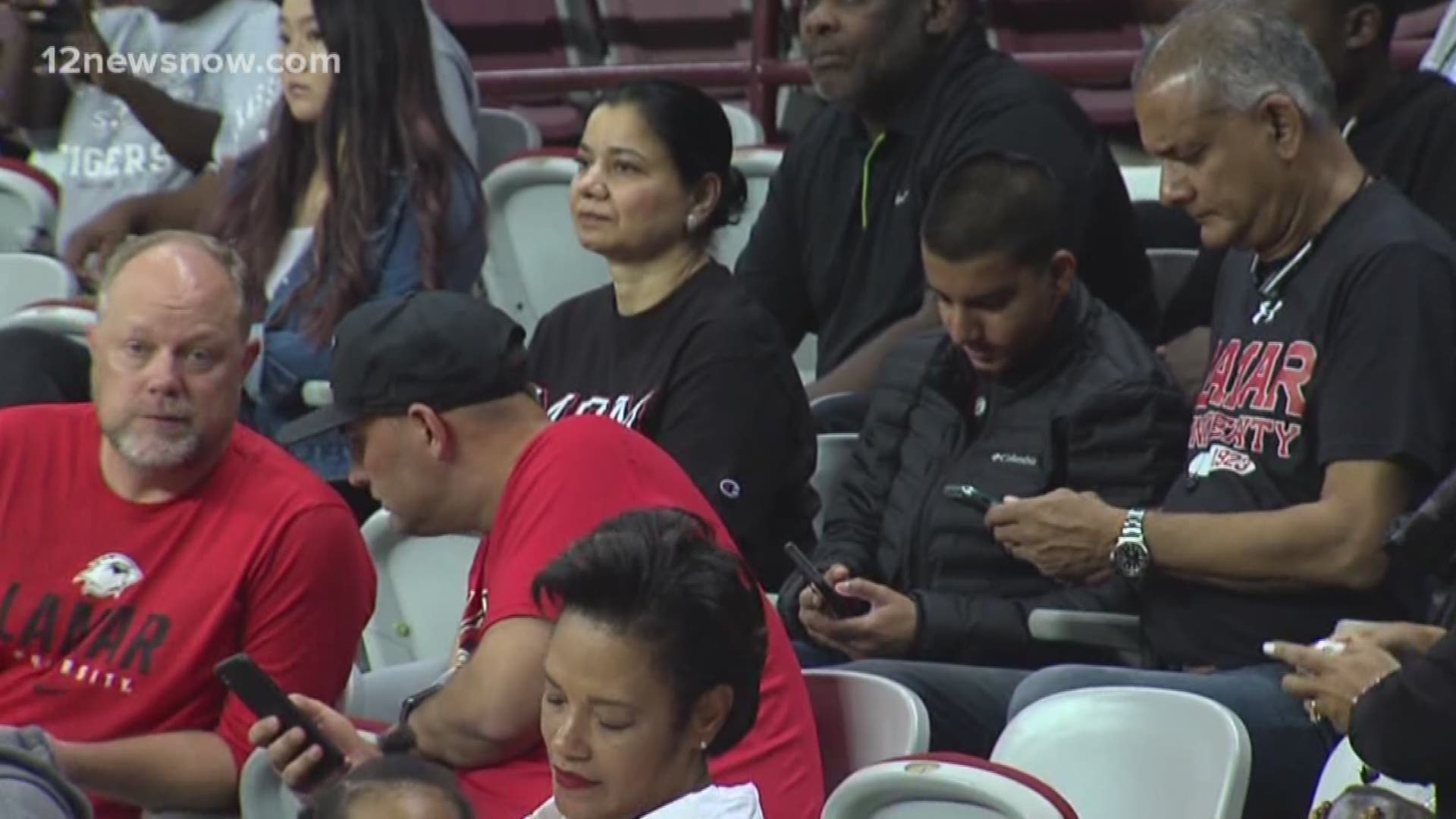 The Cardinals outrebounded TSU, 42-34, which led to a 23-8 advantage in second chance points. Both teams finished the game with 19 turnovers, but LU recorded only six miscues in the second half. LU’s undoing came at the free throw line where Big Red managed just 13-of-22 (.591) from the stripe, while TSU converted 70 percent of their attempts.

“We had our chances tonight to pick up a solid win against a good team on the road and didn’t take advantage,” said LU head coach Tic Price. “We knew coming in that this was going to be a battle. Texas Southern had not played a home game all season and had faced some very tough teams. We knew their record was not indicative of just how talented a team they really are.

“We have to do a better job at the free throw line. In a game this close, that makes all the difference in the world. They hit there attempts and we didn’t take advantage of ours,” added Price.

The Cardinals opened the game just 2-of-7 from the field including four turnovers to help the Tigers take an early four-point lead. LU took its first lead of the game following an Atwood three-pointer and a Jefferson steal which led to a fast break basket at the other end of the floor. The Jefferson bucket gave the Cards a 9-8 advantage. The Cardinals upped their advantage to four after an Atwood basket followed by a steal which led to a Buster three ball.

The Cardinals rattled off a 14-4 run which was aided by 10 Texas Southern turnovers in the first nine minutes of the game. Big Red was able to push their lead to as many as 12, 30-18, midway through the first half, but the Tigers responded with a 16-5 run to trim the LU lead down to one, 35-34, with 1:17 remaining. TSU pushed the run to 21-9 to close the opening 20 minutes with a three-pointer with four seconds remaining to tie the game at 39 headed into the locker room.

The Cardinals finished the opening half shooting 16-of-33 (.485) from the field, including a 4-of-8 (.500) effort from three-point range. LU outrebounded the Tigers in the opening half, 19-15, including 7 offensive rebounds. The advantage on the glass gave Big Red 14-1 edge in second chance points.

The Tigers got hot in the final four minutes of the half to finish with a 13-of-26 (.500) performance but converted just 2-of-11 three-point attempts.

TSU established themselves early in the second half taking a six-point lead, 54-48, following a Tiger three and a long two. The Cards pulled back even after a turnover which eventually led to a Jefferson layup with 8:49 remaining.

TSU followed the equalizing score with a 10-2 run to build their lead back to eight points, 66-58, with 6:14 remaining. Moments later the Cardinals trimmed the deficit down to three following an Atwood and-one. The Cardinals stole the ball away on the next TSU possession but had a Holmes put back roll off the rim.

After trimming the deficit to one, the Cardinals forced a turnover and had the ball in Buster’s hands driving to the basket. Buster took it to the glass and was thrown to the ground but Texas Southern got the rebound after the no call. The Cardinals were unable to pull even in the final seconds as TSU held on for the thee-point victory in their home opener.

The Cardinals will be back in action Saturday, Dec. 7, when they return home to host Rice. The game against the Owls will tip off at 2 p.m. from the Montagne Center and will be broadcast live on Newstalk 560 KLVI.