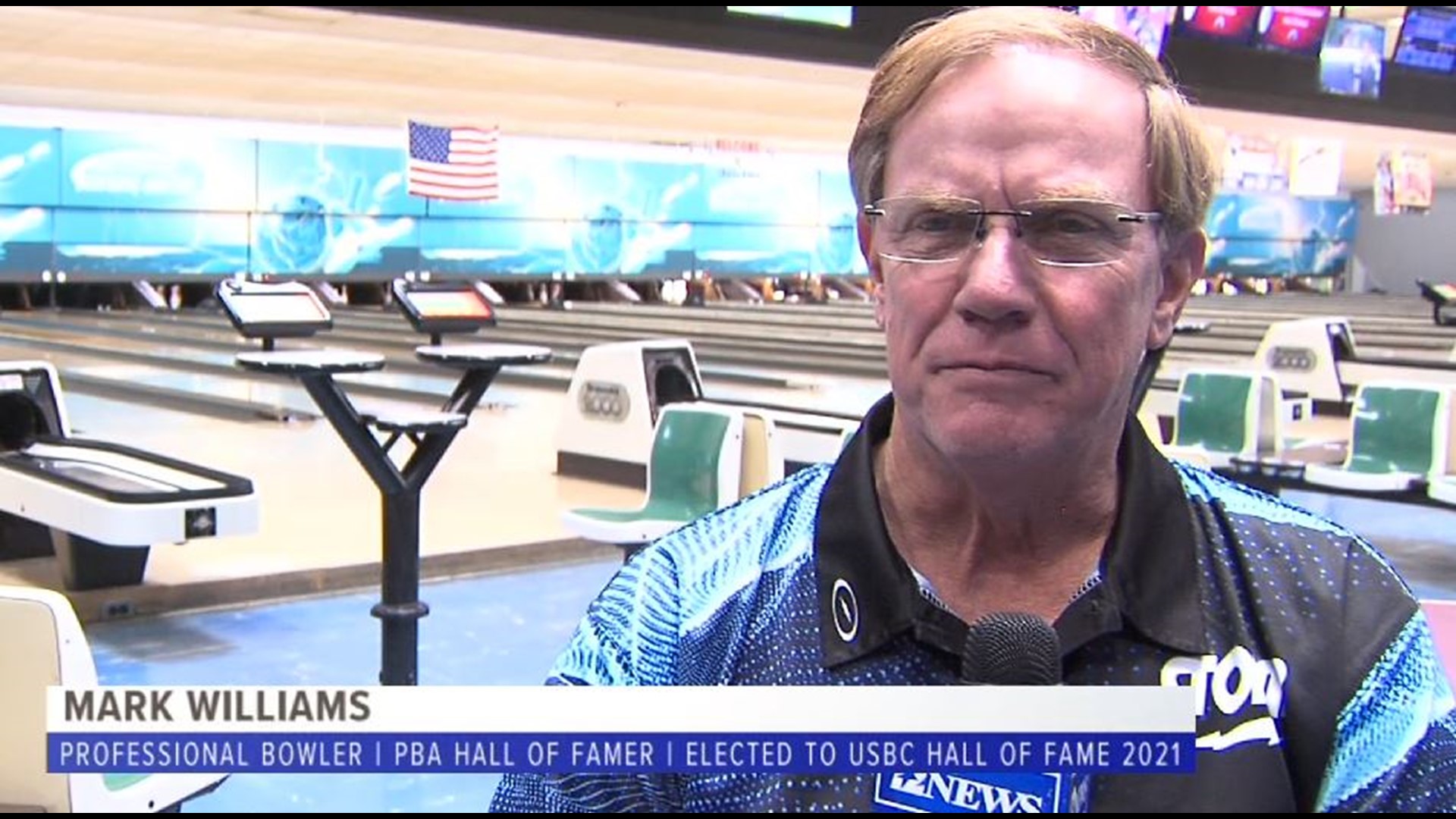 BEAUMONT, Texas — For more than four decades, Beaumont native Mark Williams bowling achievements is nearly as long as his professional career. Setting the bar rather high back in the 1980's winning the prestigious Tournament of Champions twice and Touring Players Championship in 1986.

"It's really a big honor," Williams said. "Being inducted into the PBA Hall of Fame back in 1999 was the biggest honor a professional can have. The USBC is an organization with two or three million members and it's really a big deal to be in their Hall of Fame."

In addition to Williams, the 2021 class will also include the co-founders of Storm Products, Bill and Barbara Chrisman, who Williams has been friends and affiliated with for more than a decade.

"It's really going to be fun," Williams said. "I was looking to see who was elected last year and some are good friends of mine and there's going to be more people elected next year. The USBC Hall of Fame is a really big honor and it's going to be a lot of fun when I get to go in next year."