For the first time, the Baylor Bears are national champions. 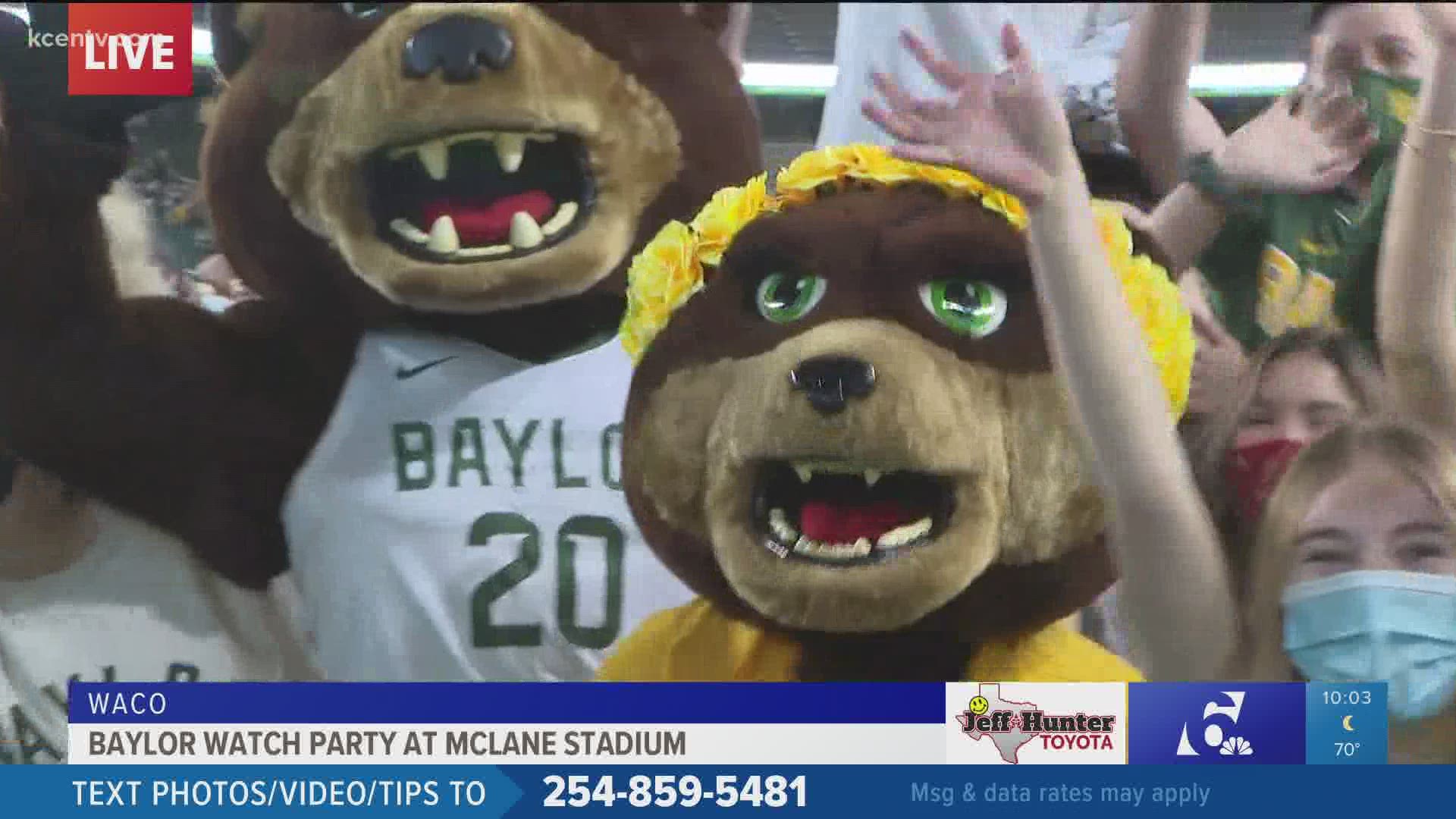 INDIANAPOLIS — For the second-straight year in which there was an NCAA Tournament, a national championship will return to Waco, Texas.

Baylor jumped out to a 9-0 lead early in the game before Gonzaga's Andrew Nembhard split a pair of shooting-foul free throws.

Jared Butler was in double-digit scoring with eight minutes until the half as the Bears started a perfect 5-of-5 from three-point range Monday night. He finished with a game-high 22.

The Bears dominated the game from start to finish, never trailing for just the second time in Indianapolis. The other was the Elite Eight against Arkansas.

Gonzaga's hopes of a 32-0 season fall and 1976 Indiana remains the most recent team to win an undefeated national championship. Two previous undefeated teams lost in Final Fours in Indianapolis, also (1991 UNLV and 2015 Kentucky). The Bulldogs finish the season 31-1.

Scott Drew emptied his bench with just under a minute left to seal it.