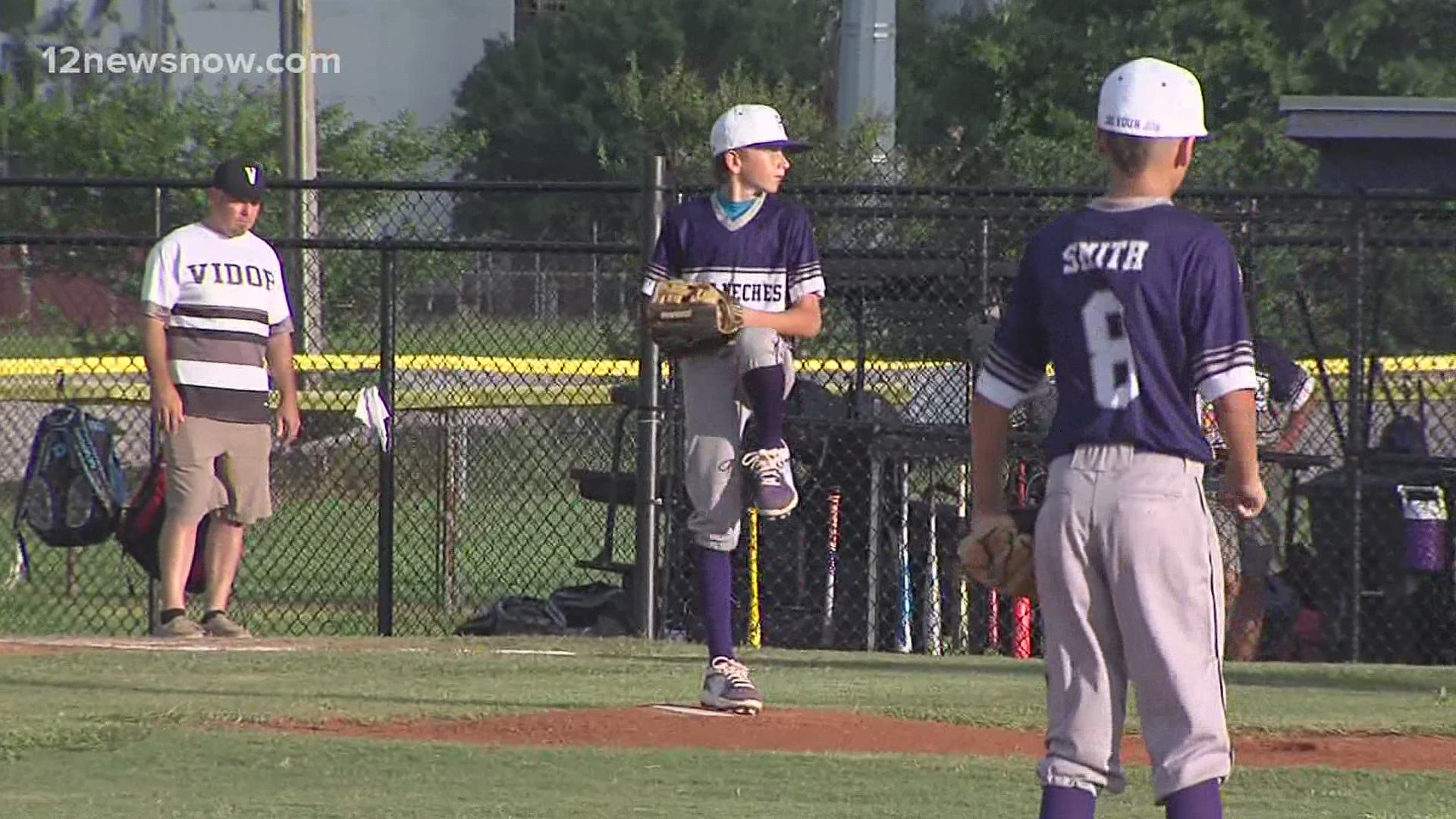 PORT NECHES, Texas — The Port Neches 12's piled up eleven runs, but they would only need one as three pitchers combined to no-hit Vidor.

Coming off an 8-0 win against Nederland to open the District 32 Tournament, Big Purple kept another black and gold opponent off the board to clinch a spot in the semifinals.

Their opponent will be Bridge City. BC has been just as dominant, crushing Hamshire-Fannett 15-0 Tuesday night after picking up a 10-2 victory at Groves National Monday. The semifinal battle between the titans will take place in Port Neches Thursday night.

In other District 32 action the Nederland 12's avoided elimination with a 14-0 thrashing of Orange.

The outcomes set up a pair of elimination games Wednesday night with Vidor traveling to Groves National and Hamshire-Fannett hosting Nederland.

The District 12 Junior Tournament also got underway Tuesday night with West End sending a message with a 10-0 win at Tyler County.

West End will hit the road tomorrow night for a semifinal showdown at Jasper.