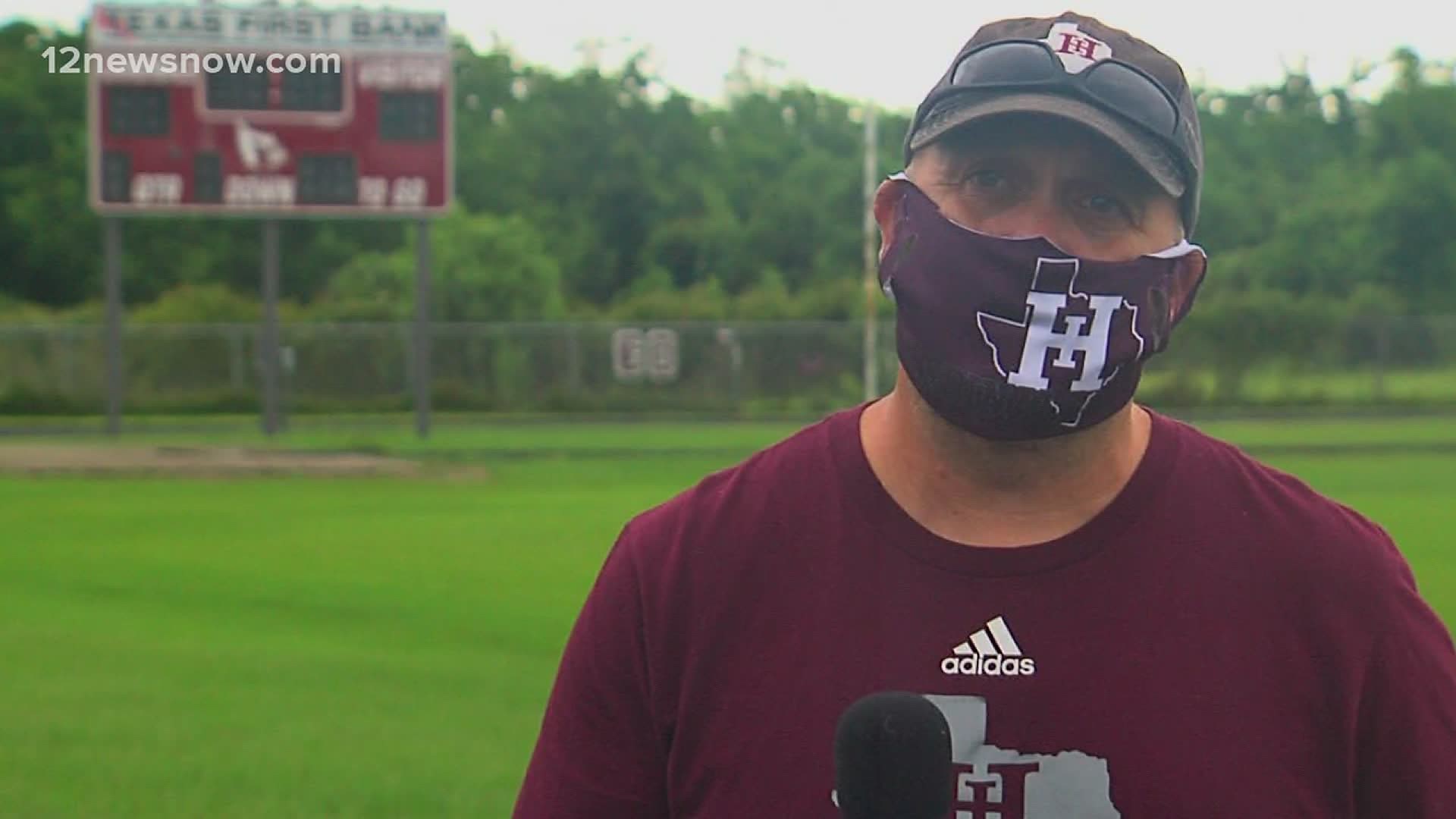 BOLIVAR PENINSULA, Texas — After years of playing six-man football, the High Island Cardinals will make their return to the 11-man game this season under third-year head coach Matt Miracle.

"Kids are looking forward to the opportunity," Miracle said. "A lot of the stuff we did in six-man was 11-man based. So I think we'll be fine at 11."

The Cardinals will be in district 12-2A-DII, where they are projected to finish last according to Dave Campbell's Texas Football.

"We don't care where people have us picked," Miracle said. "We want to be district champs and we want to be state champs.That's our goals. I like the underdog role because most of the teams I've ever been on has been the underdog."

The Cardinals will turn to experienced playmaker's Joey Lester and quarterback Jordan Grubbs to compete for one of the four playoff spots.

"Last year we brought him (Grubbs) along slowly." Miracle said. "As the year went on he was pretty solid for us. Now he's talking the talk and one of my team leader's and Joey Lester is the best overall football player. He's going to play inside linebacker, tight end and running back for us."

The Cardinals are scheduled to open the season at home against Cushing on August 28.

"I'm really excited about this group this year," Miracle said. "We've had some great individuals come through here and help us be successful but overall this will be the best total team."