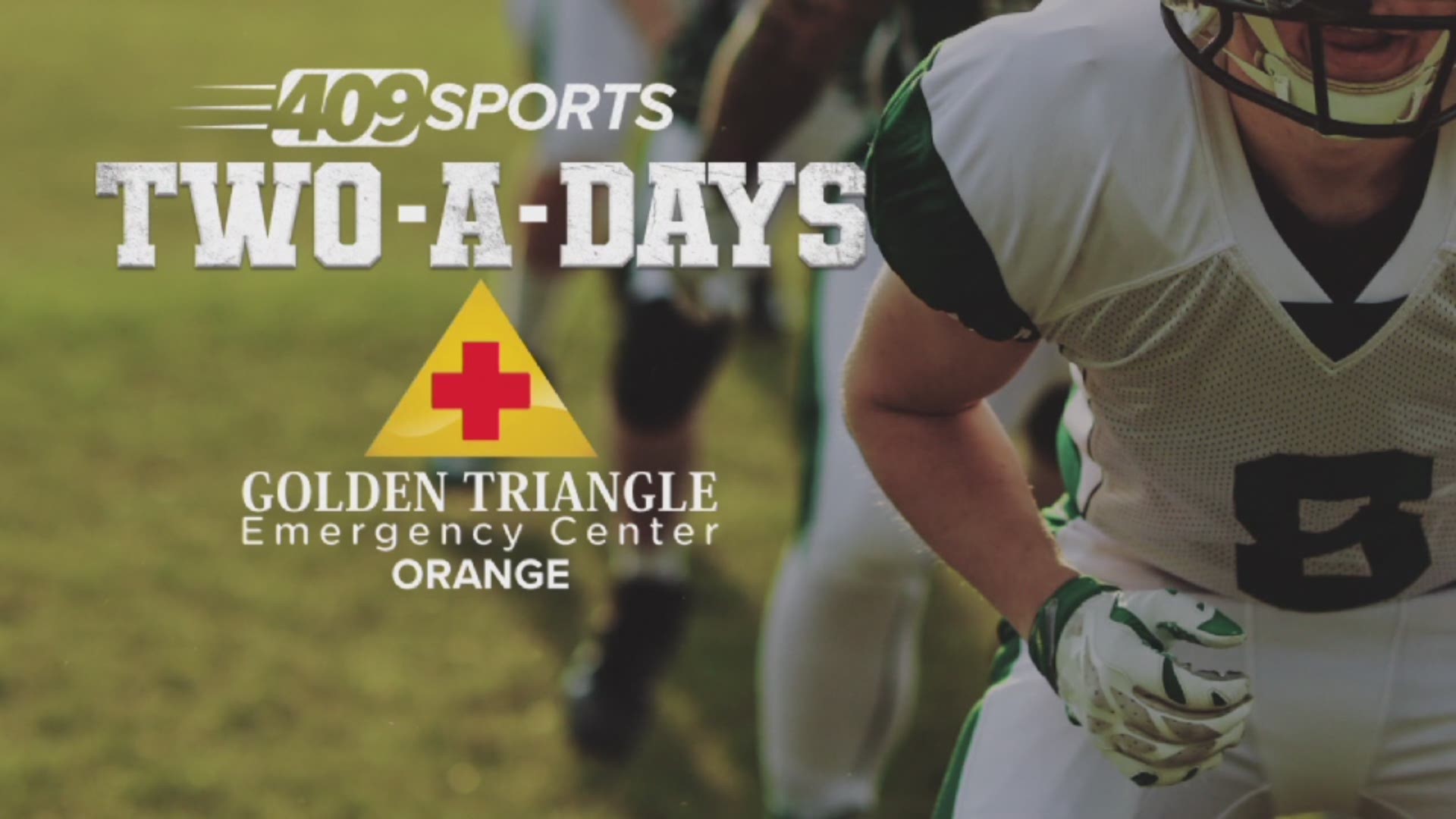 WINNIE, Texas — In 25 years, the East Chambers Buccaneers have only had two losing seasons. The only thing they're missing from their impressive resume is a state championship.

"You know we're the only ones at this point that can stop us," Buccaneers head coach Russ Sutherland said. "We need to stay hungry, work hard, show up everyday and continue to improve."

Two years removed from their historic state quarterfinalist appearance, the Buccaneers are loaded with talent and  poised to make another run at state.

"I really think this team has a chance to be really good," Sutherland said. "We have a lot of returning starters so that's a plus. Guys that have been there, done that as far as the varsity game. So I think on a year like this, it's really big."

The Bucanneers will be led by district Co-MVP Ernest Ceasar III and district co-Newcomer of the Year, sophomore quarterback, Jacoby Perrault.

"Ernest is an outstanding player on both sides of the ball," Sutherland said. " He'll be one of our team leaders and I think he can have a great senior year. Jacoby is an outstanding young man and is very talented. He was pressed to duty as a freshman and was able to pick up the offense in a hurry and got better as the season went along. I think the sky's the limit for him and I think he has a chance to be a really good football player."

As expected, the Buccaneers are the heavy favorite to win district 10-3A Division I.

"Our district is tough from top to bottom," Sutherland said. "You have the ones every year where you know it's going to be a battle and they're always fighting for a playoff spot. You can't just show up. If you show up not ready to play, then you'll get beat."

The Buccaneers will open the season on the road in Lufkin against West Rusk on Friday, August 28.