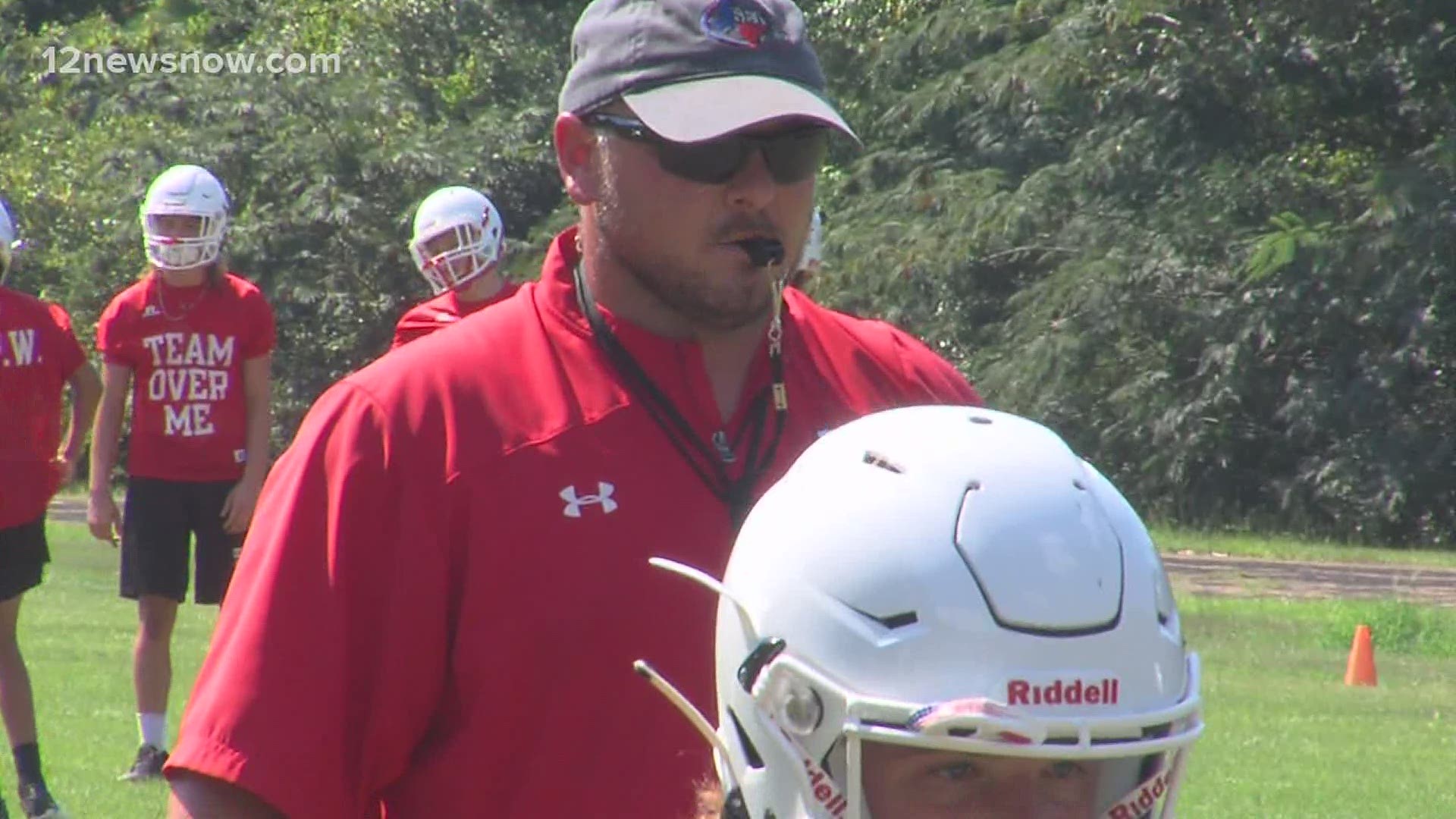 COLMESNEIL, Texas — Last year wasn't too kind for first year Colmesneil head coach Cody Day. After failing to reach the playoffs and recording two victories, Day expects his team to bounce back with eight returning starters on each side of the ball.

"I felt like last year we learned how to play hard and practice the right way," Day said. "We had a great off season and we did have a great summer. We were able to do a lot of football stuff during that time and when you stack good day on good day on good day, good things usually happen."

Offensively, the Bulldogs will have a solid foundation up front with all-district standouts Evan Stewart and Kolyer Marshall.

"It's always good when you bring back those hogs up front," Day said. "Football is always going to be about blocking and tackling and so you better have guys that can do that up front for you."

Behind Stewart and Marshall is returning starting quarterback, Jordan James.

"He does a good job," Day said. "He runs tough and he runs with power and he does have a really strong arm and we expect good things from him."

The Bulldogs are projected to miss the playoffs this season according to Dave Campbell's Texas Football. But with only two teams making the postseason from last year, coach Day knows district 11-2A-DII is wide open.

"We have a tough district," Day said. "We have Tenaha, Lovelady, West Sabine, Cushing and others and they can all play. But we do feel like we have a shot to compete. We have to show up, execute, take care of the football, establish the run, run to the football and all that good stuff that you have to do to be successful."

The Bulldogs open their season at home against Burkeville on Thursday, August 27.

"We're going to play some teams that are pretty big and fast but our kids are going to get after it every Friday night," Day said. "Our kids will expect to win."