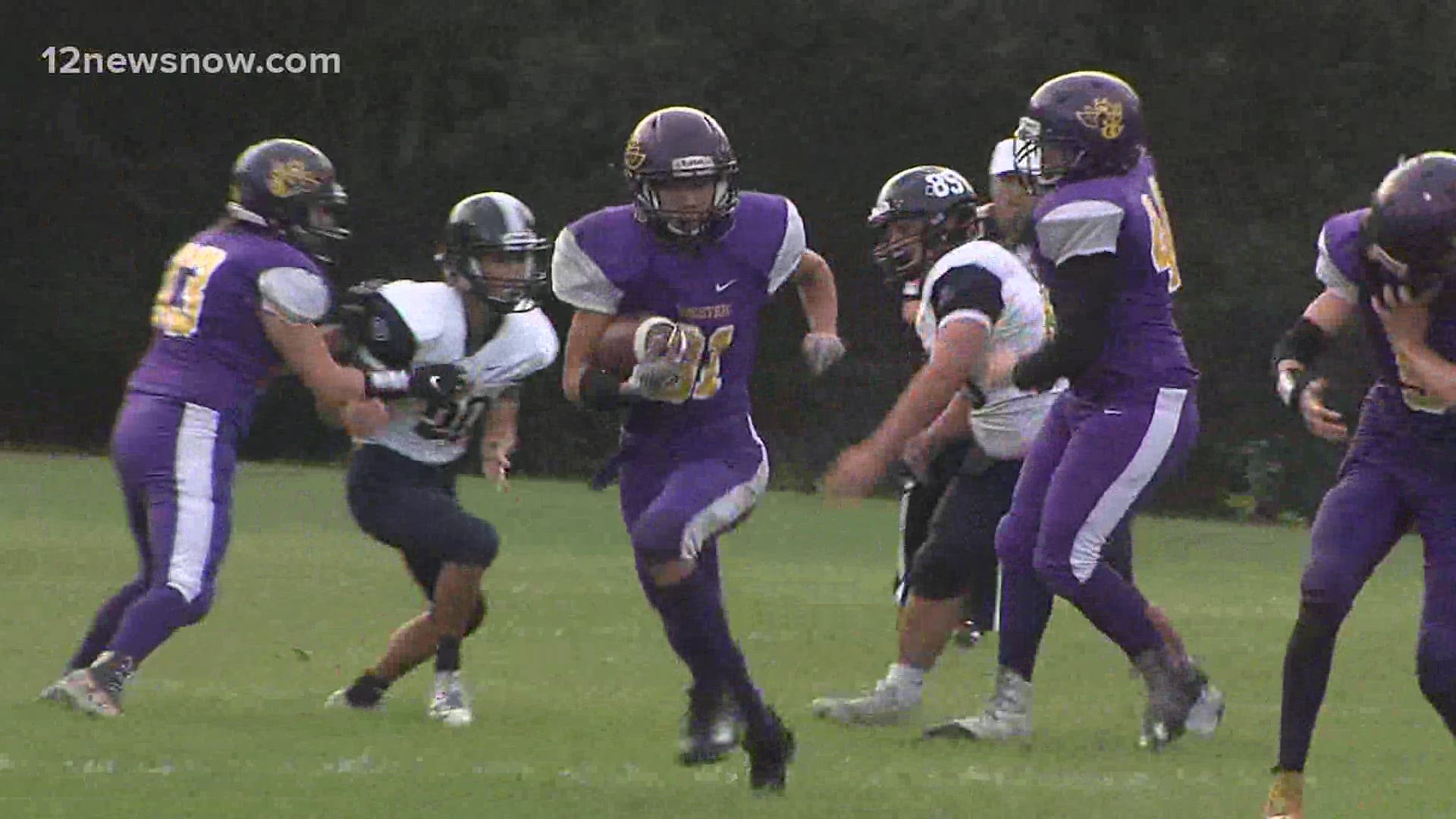 CHESTER, Texas — After finishing 3-6 overall last season. Ray Woodard's inaugural year as the Yellow Jackets head coach was one I'm sure he would like to forget.

But now that he has a year under his belt and a number of returning starter's on both sides of the ball, the Yellow Jackets will look to use that experience to compete for the 13-1A district title.

"We're in a very tough district," Woodard said. "We're still going to be young but it's our junior class. All five of those guys played and started last year. The good thing is with only three district games, we have a number of games to get ready for district play so we should be an experienced ball club by the time we get to district."

Woodard will turn to the duo of running back Carsyn Whitworth and quarterback Carson Thompson to help carry the load.

"He's (Thompson) probably put on thirty to forty pounds in the offseason," Woodard said." His arm strength has doubled and you'll see a much better quarterback. Whitworth will be our starting running back and I feel very good about our quarterback, running back combo going into camp. Those two guys will be the strength of our ball club."

The Yellow Jackets are set to open the season at home against Fort Bend Sugarland on Friday, September 4.