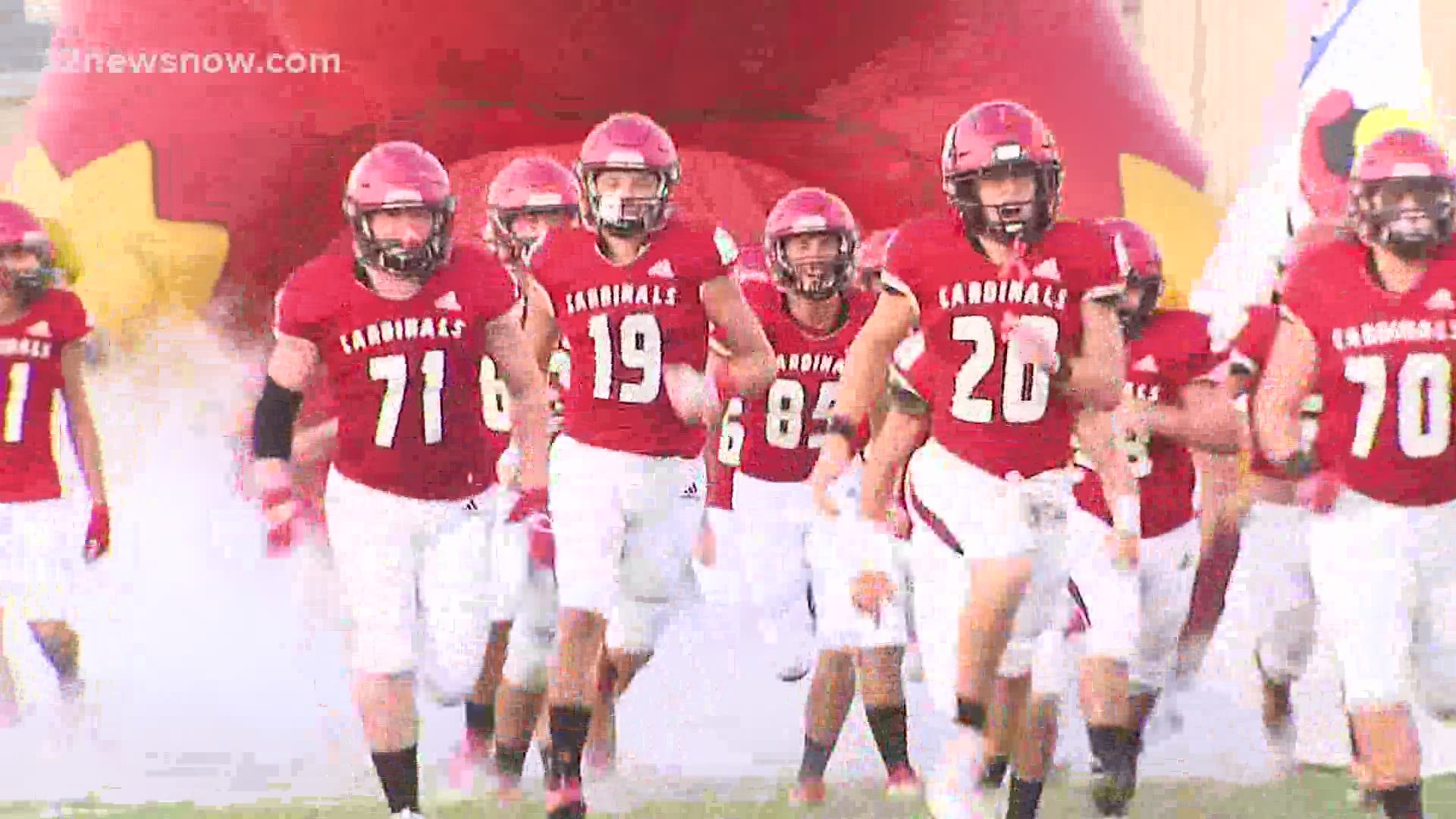 BRIDGE CITY, Texas — After sneaking into the playoffs last season, the Bridge City Cardinals are ready to show everyone in the 409 that it wasn't a fluke.

"We had a small senior class last season," Cardinals head coach Allen DeShazo said. "They (underclassmen) were able to battle and get themselves in and that's going to boost us for the next couple of years because they've seen what they got to do to get in."

In order to get back to the playoffs a second year in a row, the Cardinals will have to battle for one of four playoffs spots in a district that features two state ranked opponents(West Orange-Stark and Silsbee), their new home, district 11-4A-DII.

"Every week will be a battle," DeShazo said. "Hamshire is so much more improved from where they were a few years ago. Orangefield has been to the playoffs quite a few years in a row. H-J is going to be a battle because it's coach DuBois and he's not going to want to lose to us and we're not going to want to lose to him. Liberty has improved every year. The entire district is good top to bottom."

The Cardinals will have several starters returning on both sides of the ball, including running back Dorian Pruitt and quarterback Ethan Oceguera.

"His (Oceguera) work ethic is second to none," DeShazo said. "He's grown tremendously and has probably put on 10 to 15 pounds so he's starting to look more like a quarterback and he's the guy kid's trust. Dorian started on defense but is now moving to running back. Him and Ethan have been together forever. Their chemistry is really good back there and he's a difference maker."

The Cardinals open their season at home against Buna on Friday, August 28.