Hardin-Jefferson advances to 4A State Championship 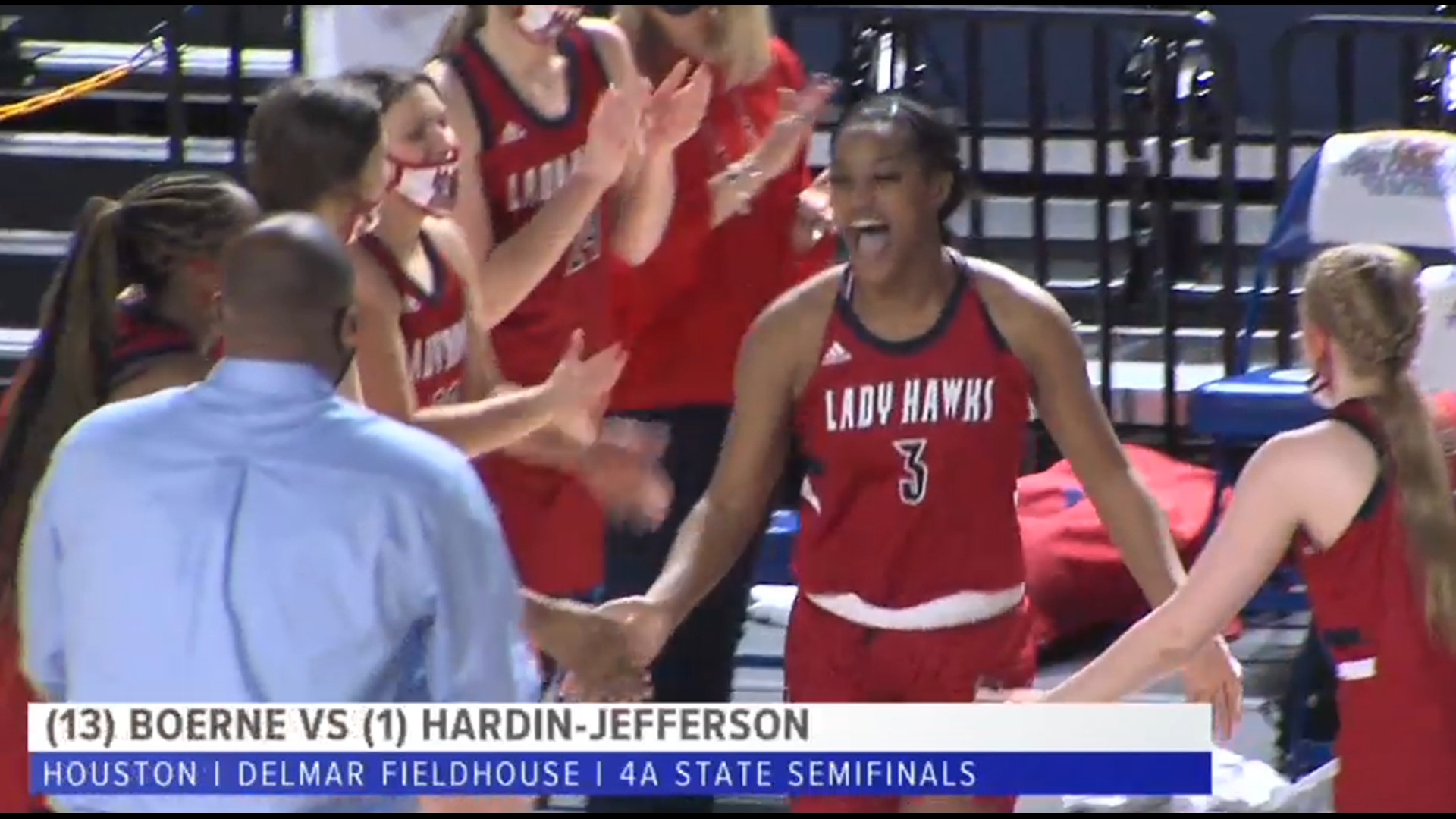 For the second time in three years, the Hardin-Jefferson Lady Hawks will play for the 4A State Championship after dominating (13) Boerne, 73-54.

Over in Class 5A, the Beaumont United SheWolves state title hopes came to an end after falling to (1) Cedar Park, 75-51 in the 5A State Semifinals.

The SheWolves trailed 34-29 at the break, but things fell apart in the second half after the Timberwolves went on a 19-2 run late in the third and outscored Beaumont United 41-22 to seal their fate.