Woman killed Thursday after crash on Highway 190 in Tyler County

According to the DPS, 48-year-old Katrena Kay Smith from Onalaska, Texas was pronounced dead at the scene. 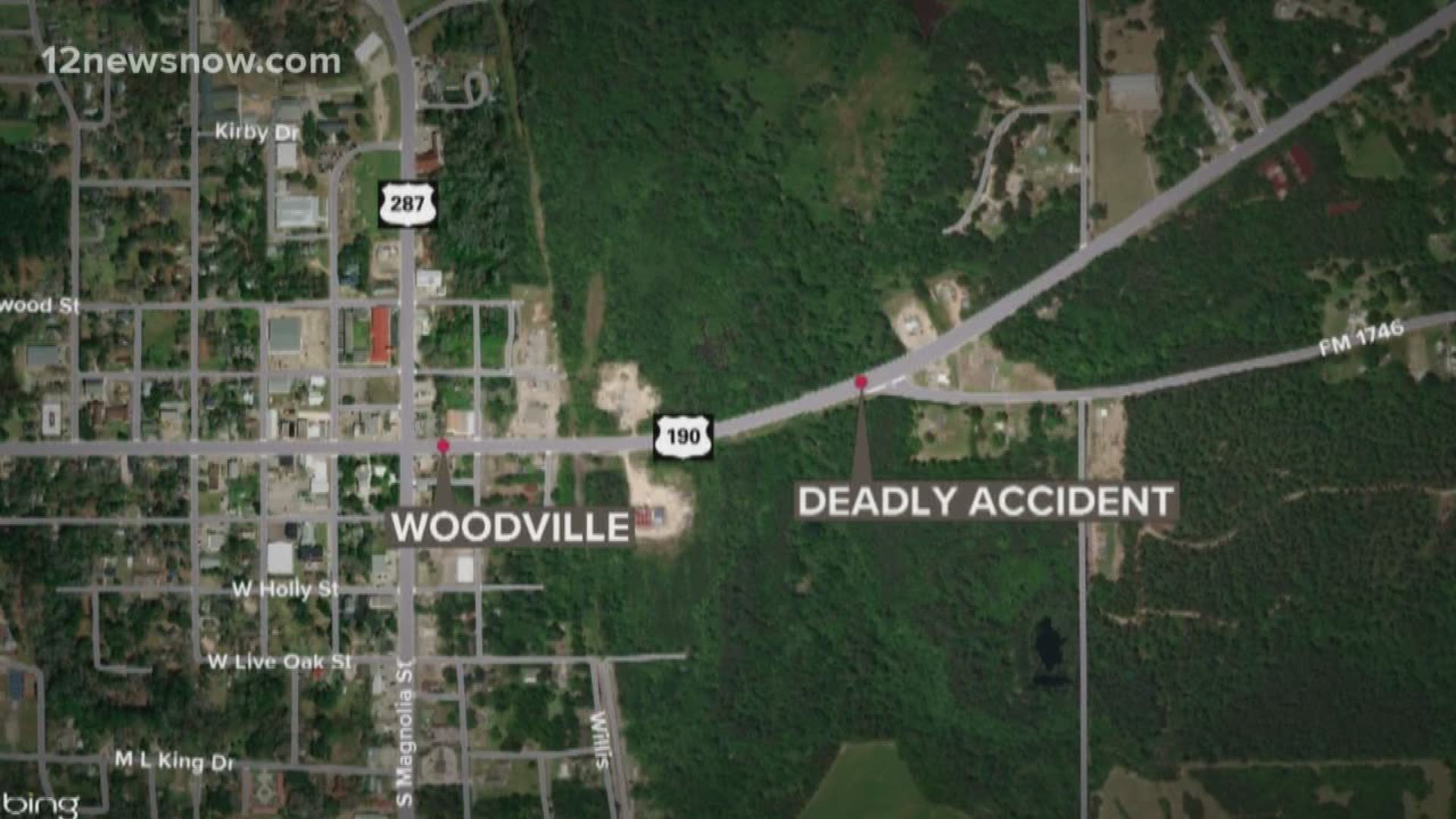 WOODVILLE, Texas — A woman was killed Thursday in Tyler County after she pulled into the path of another vehicle, according to the DPS.

According to DPS, the driver of a Kia failed to yield and was struck by a Chevrolet.

The driver of the Kia was identified as a Onalaska woman, 48-year-old Katrena Kay Smith.

Smith was pronounced dead at the scene.

The passenger in the Kia was taken to the hospital and refused treatment.

The driver of the Chevrolet was not injured.

Troopers are investigating the crash.

Press Release from the Texas Department of Public Safety:

At approximately 4:30p.m., the Texas Department of Public Safety (DPS) Troopers responded to a multiple vehicle crash at the intersection of US 190 and FM 1746 in Tyler County.

The preliminary DPS crash investigation indicates that a 2013 Chevrolet pickup truck was traveling eastbound on US 190. A 2004 Kia passenger vehicle was stopped on FM 1746 at the intersection of US 190. The driver of the Kia failed to yield the right of way and pulled into the path of the Chevrolet. The Chevrolet struck the Kia with both vehicles coming to rest in the middle of the roadway.

The driver of the Kia, 48-year-old Katrena Kay Smith of Onalaska, Texas, was pronounced deceased by Justice of the Peace Ken Jobe at the scene.

The passenger of the Kia, 42-year-old Marshall Tucker of Onalaska, Texas, was transported to a local hospital where he refused medical treatment.

The driver of the Chevrolet, Kenneth Shavers, 31, of Fred, Texas, was not injured in the crash.

This is an ongoing crash investigation as Troopers work to determine the exact factors that contributed to this fatal crash.