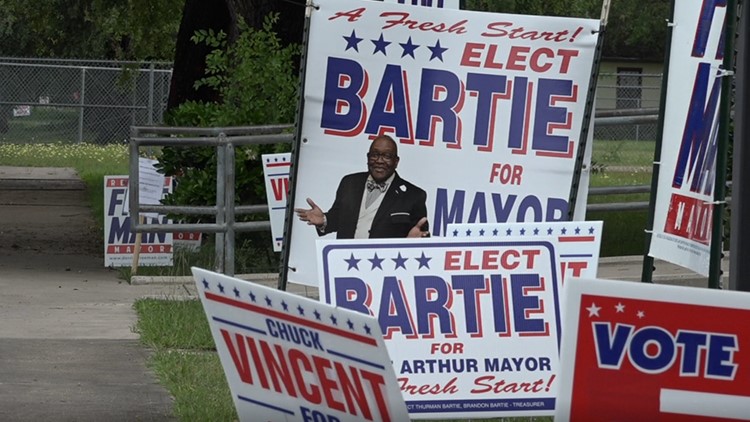 Photo by: KBMT
Voters raced to the polls today in Port Arthur.

Voters race to polls on Election Day in Port Arthur

Many said they had hopes of making their final impressions before polls closed. Some voters said they are looking for a change.

Fogarty said he would like to see a change in road conditions around the city.

Others like John Richard have the chemical plant expansions in mind. He said more jobs are part of his focus.

"Motiva is getting ready to start doing all this work in this area, and we need somebody who is going to make them hire people from this area," Richard said.

The other part is rebuilding Port Arthur, he said.

"We need the young people in this area to have opportunities and have jobs so they can be stable and build our community back up," Richard said.

Most importantly, voters like Peter Derousselle said you should exercise your right.