VERIFY: Yes, President Trump can spend his own money on his re-election campaign

Not only did he do it in 2016, but two Democrats also spent large fortunes on their 2020 primary runs. 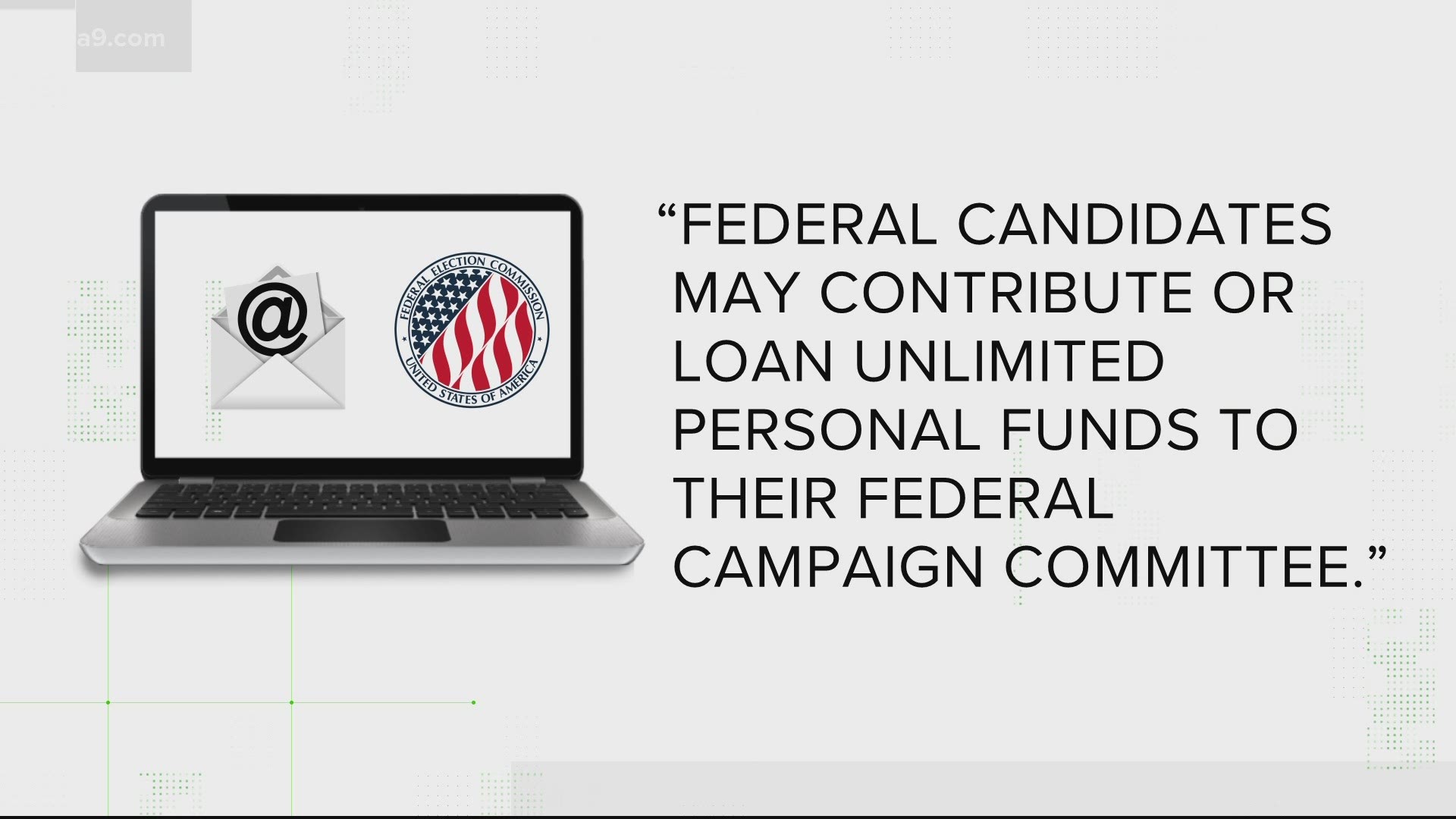 WASHINGTON — As we come down the final stretch of the 2020 campaign, there is a lot of information coming your way.

The Verify team exists to find out what’s real and fake this election.

In August, President Trump fell behind Joe Biden in fundraising by $150 million, according to financial reports released from both campaigns.

Donald Trump suggested he will spend his own money to make up the deficit. One of our viewers asked: 'Is he allowed to do that?'

Can President Trump spend his personal money on the 2020 campaign?

Yes, President Trump can spend any amount of his personal money on the election.

As a matter of fact, any candidate can do that. In case you forgot, in the primaries, a few Democratic candidates funded their campaigns almost completely with their own money in 2020.

We confirmed those numbers on the Federal Election Commission's (FEC) financial reporting pages. So not only has it been done, but it was already been done this year.

It’s not just this year, you may recall in 2016, President Trump loaned his own campaign $60 million, according to FEC records.

We asked the question to the FEC we got a quick response:

Sign up for the Get Up DC newsletter: Your forecast. Your commute. Your news